Forex Analysis & Reviews: Cryptocurrency in India under threat of ban 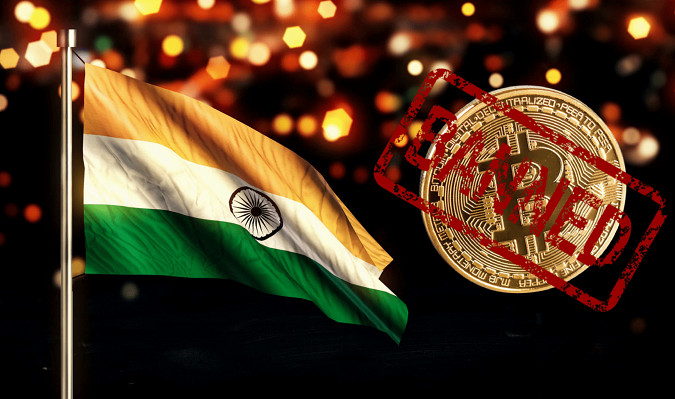 India is preparing a cryptocurrency regulation bill that will be considered in parliament at a meeting starting on November 29. Its contents remain unclear, but one of the reasons why the government raised it is to help the country's central bank create an official digital currency.

"The bill also seeks to prohibit all private cryptocurrencies in India, however, it allows for certain exceptions to promote the underlying technology of cryptocurrency and its uses," said Indian Prime Minister Narendra Modi.

India has had good and bad connections with digital currencies over the past few years, with the country effectively banning cryptocurrency transactions in 2018. The Supreme Court lifted this restriction in March 2020, but recently, there have been calls for stricter regulation as having little rules may push domestic household savings towards a new asset class.

Because of this, Bitcoin fell 12.2% on one of the leading crypto exchanges, Wazirx, since investors fear that the government will end up banning cryptocurrency trading after the bill is introduced to parliament next week. The decline was much sharper than the coin's 1.8% drop globally.

The Central Bank of India opposes private virtual currencies, and its governor, Shaktikanta Das said that the country needs much deeper discussions on the issue of cryptocurrencies.

LTC/USD dropped in the short term but this could be a short-lived one. It's trading at 89.71 at the time of writing and it seems very heavy. Still, the rate

Bitcoin dropped in the short term and now is located at 23,163 at the time of writing. After its strong rally, the rate could try to test and retest

Bitcoin continues to slowly move to $24,350. This week, there will be a lot of important events and publications, so traders are expecting serious movements in any direction. However, bitcoin's

Kazakhstan has developed its own law

The price of bitcoin dropped abruptly from a level of $24,000 to $23,900 this morning during the trade. The ether was also drawn to its maximum but never updated. Additionally

Bitcoin continues its upward movement: will a $24k bullish breakout be possible?

Over the weekend, Bitcoin does not pause to regroup and consolidate volumes, but continues to move to new highs. Having levelled off the bearish pressure on Saturday, the asset made

Bitcoin is confidently moving to a level of $24,350 on the 4-hour TF. Despite our skepticism over bitcoin's continued growth, it is important to note that recently things have changed

Technical Analysis of ETH/USD for January 30, 2023

Crypto Industry News: France recognizes the influence of influencers and plans to regulate the digital world a bit. In March, a bill containing stricter rules for influential people will

The United States may ban bitcoin, but they don't really see the point.

The price of bitcoin has remained at around $23,000. Since nothing has changed over the past several days, it is safe to believe that cryptocurrency traders have chosen to hold

Technical Analysis of BTC/USD for January 30, 2023

Crypto Industry News: The world's largest digital asset manager, Grayscale, will reportedly make its case in court over a potential Bitcoin ETF launch in the US on March