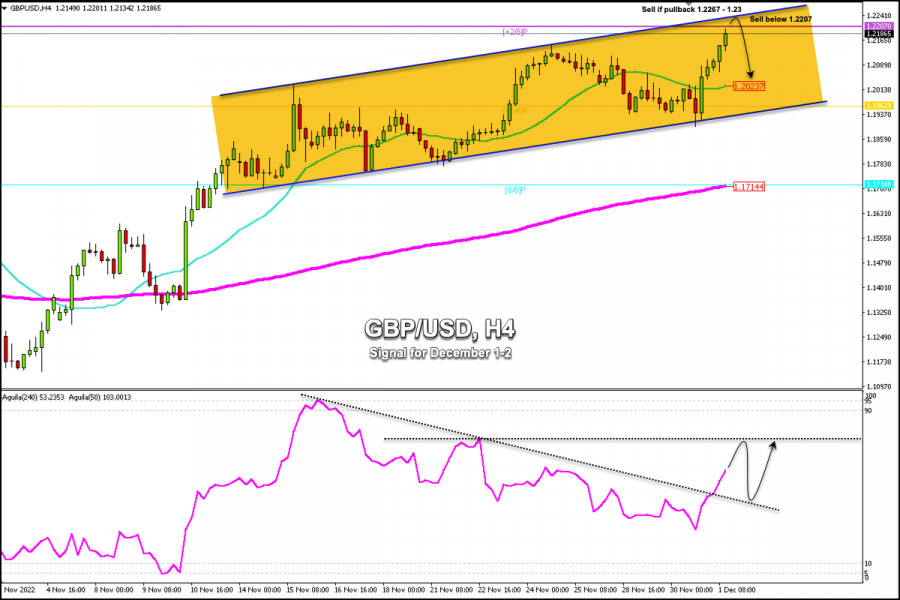 Early in the American session, the British pound (GBP/USD) is trading around 1.2186 with a bullish bias and it is likely to reach +2/8 Murray located at 1.2207 in the next few hours and could even reach the top of the uptrend channel around 1.2267 (R_2 daily).

Fed Chairman Jerome Powell sent a clear message on Wednesday that the US central bank may soon slow the pace of its tightening since December. This data favored GBP/USD and all crosses with the dollar, although a technical correction could occur in the coming days.

GBP/USD has maintained its bullish momentum from the weekly low at 1.1899 and has accumulated over 350 pips. The pair is trading in positive territory above 1.2023 (21 SMA) and continues its rise, aiming to reach the key resistance zone which seems to have formed near 1.2250 - 1.2270.

According to the 4-hour chart, the British pound has strong resistance at the area of 1.2267 (top of the bullish channel) and at 1.23 (daily R_3). If the pound reaches these levels, it will be a clear signal to sell below this level with short-term targets at 1.2023 (21 SMA).

According to the daily chart, the British Pound is in an overbought zone. A technical correction is likely to develop in the next few hours, which could be used as an opportunity to sell. The key is to wait for a rejection of the resistance zone between 1.2267 and 1.23.