As a result of yesterday, the dollar index rose by 0.34%, but the British pound strengthened against the dollar by 0.35%. And this is despite the fact that the day before, on Tuesday, the British PMI showed a collapse; the services sector (for May) index fell from 58.9 to 51.8, in the manufacturing sector from 55.8 to 54.6. Minutes released yesterday from the Federal Reserve's last FOMC meeting showed that all committee members voted in favor of a 0.50% rate hike. The optimism is clearly short-term. We are waiting for the price to return to the target range of 1.2436/76 and further to the level of 1.2250. 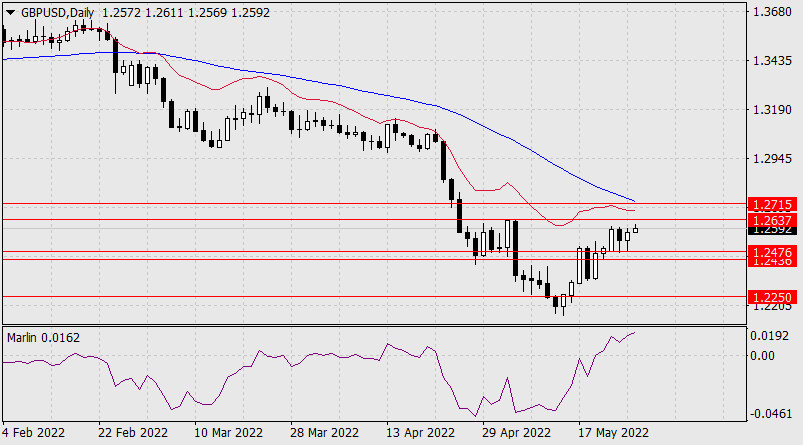 A fuzzy triple price divergence with the Marlin Oscillator has formed on the four-hour chart. The MACD line penetrates the nearest target range, strengthening its influence and ideological significance – the price moving below it will entail a pronounced decrease. 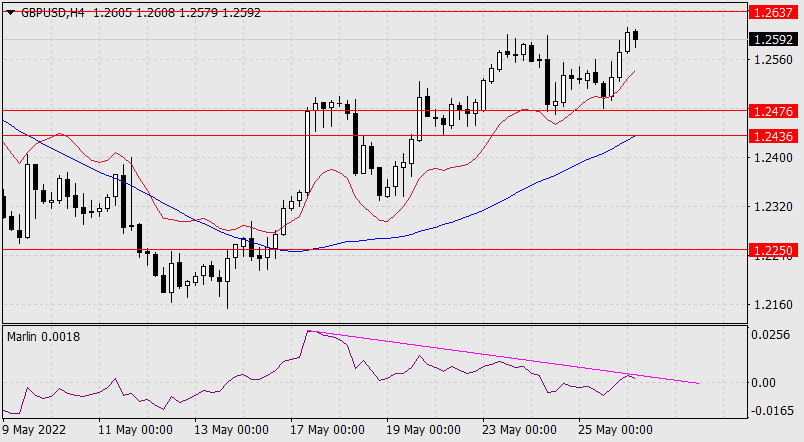