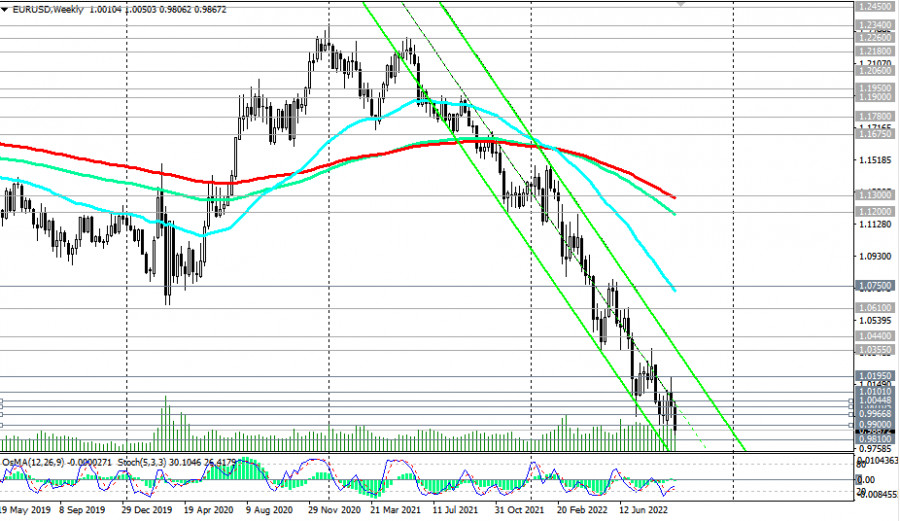 According to the ECB Economic Bulletin released on Thursday, the Governing Council expects further interest rate hikes "as inflation remains too high and is likely to remain above target for an extended period." According to ECB economists, "core inflation will remain high in the near term," although it will then fall "to an average level of 5.5% in 2023 and 2.3% in 2024."

This is a bullish signal for the euro. Nevertheless, growing concerns about the prospects for economic development, despite the prospects for further tightening of the ECB's monetary policy, put pressure on the euro and the EUR/USD pair, respectively.

Especially since, as follows from yesterday's statements by Fed Chairman Jerome Powell, the leadership of the central bank intends to continue to carry out an extra tough cycle of monetary policy. While this also poses a threat to the recovery of the American economy, it is still in better conditions than that of Europe, given the difficult energy and geopolitical situation in the euro area due to the events in Ukraine, while the United States is itself the largest energy producer.

"Today, we've just moved probably into the very, the very lowest level of what might be restrictive. There is a ways to go," Powell said yesterday. 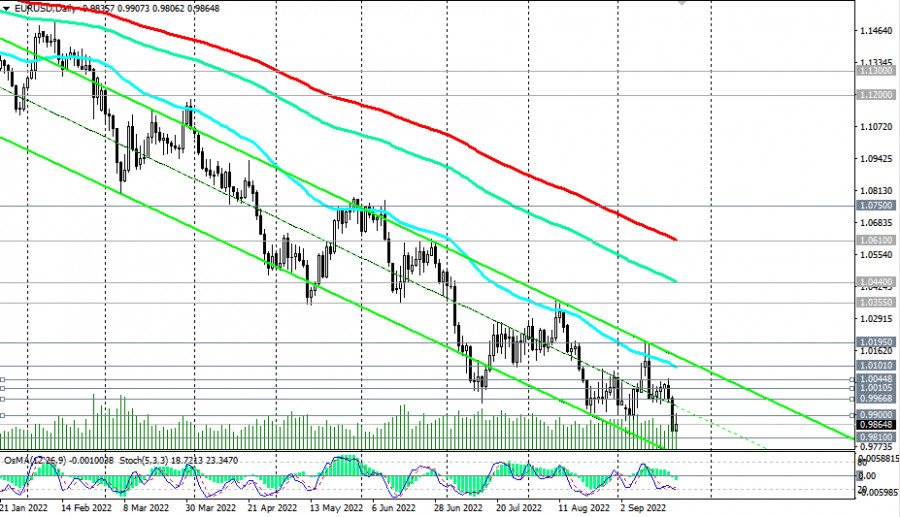 Thus, from a fundamental point of view, we should expect at least the preservation of a strong bearish momentum in the EUR/USD pair and, at most, a further fall of the pair towards 20-year lows, when it was trading near 0.8700, 0.8600.

The breakdown of today's and multi-year lows at 0.9810 may be a confirming signal of our assumption and an increase in short positions on the pair. 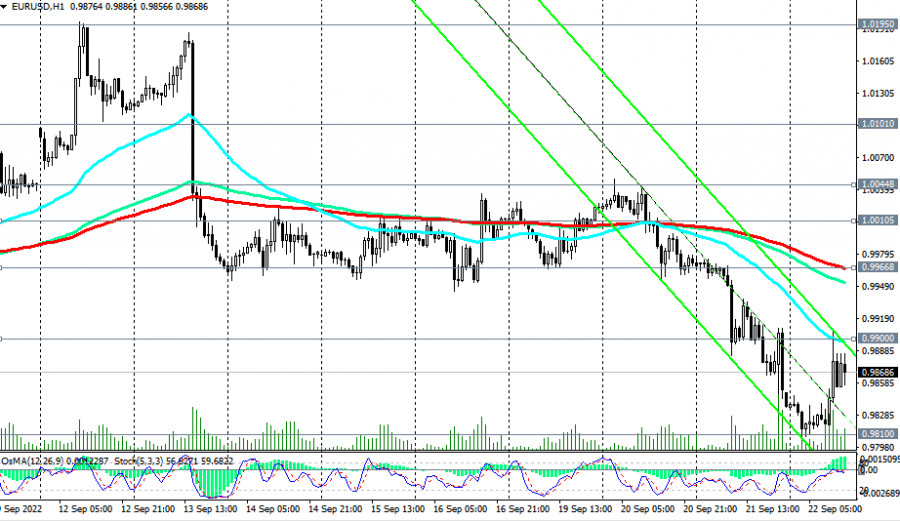 EUR/USD. Overview for November 29. The ECB may launch a QT program in the coming months.

On Monday, despite the near absence of news and events, the EUR/USD currency pair was trading higher. The growth started early in the day, much earlier than the only event

How to trade GBP/USD on November 29, 2022. Simple trading tips and analysis for beginners

GBP/USD trade was discreet and had no distinct movements. Thus, the euro and the pound trade were absolutely different from each other, which is quite rare. The pound settled below

How to trade EUR/USD on November 29, 2022. Simple trading tips and analysis for beginners

The EUR/USD trade went through many sudden changes on Monday. It sharply grew in the morning, and suddenly dropped in the afternoon. By the end of the day the pair

Protests in China and negative sentiment in the oil market

Oil continues to fall on Monday, helped by news about the ongoing protests in China against quarantine restrictions. The price of futures contracts of Brent crude oil for January 2023

The EUR/JPY pair dropped again after failing to reach the 145.00 psychological level or to approach the downtrend line. At the time of writing, it was trading at 143.55

The price of Bitcoin slipped lower after reaching the 16,783 level. Now, it is trading at 16,178 at the time of writing. In the short term, it could move sideways

Ethereum dropped in the short term also because BTC/USD slipped lower. It is testing and retesting the near-term downside obstacles. Despite the current retreat, the altcoin could still