Forex Analysis & Reviews: USD/JPY. They can't go up, they don't want to go down

The USD/JPY pair has been trading within a fairly wide price range of 143.70-145.30 for the second week, the boundaries of which correspond to the middle and upper lines of the Bollinger Bands indicator on the daily chart. On the one hand, it cannot be said that the pair is marking time: intraday volatility allows traders to open short and long positions. But on the other hand, traders strictly observe the established boundaries of the flat range. Bears on USD/JPY did not actually take advantage of the weakening of the dollar, which was observed at the beginning of this week. However, bulls also respect the limits of decency: even on the wave of the last dollar rally, the pair only appeared in the area of the 145th figure, after which it returned to the middle of the above-mentioned price range.

By and large, the pair is squeezed in the grip of two lines of Bollinger Bands. But the current situation is due not to technical, but to fundamental reasons. Each side has its own trump cards, due to which the price is trading within a wide-range flat. 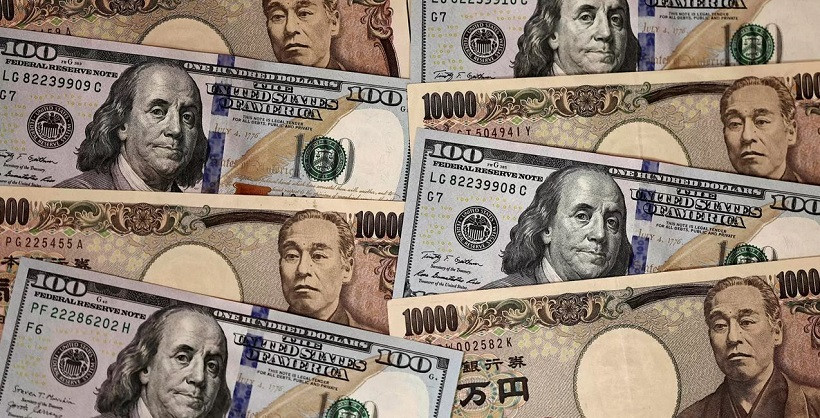 Thus, the Federal Reserve is an ally of USD/JPY bulls, which still demonstrates a hawkish attitude, unlike the Bank of Japan. The divergence of the rates of the central bank allows the dollar to stay afloat, even when the greenback is under pressure in other currency pairs. A vivid example of this is the events of this week. Let me remind you that the dollar sank throughout the market after the ISM manufacturing index was published in the US (the indicator fell to 50 points). The probability of a 75 basis point rate hike dropped to 50% at the November meeting, while Wall Street's key indices rose. The US currency, respectively, was under significant pressure. For example, paired with the euro, the dollar fell by 200 points at the beginning of the week. However, the USD/JPY pair reacted more favorably to the problems of the greenback: the price gradually declined only to the level of 143.90 (i.e. without crossing the lower border of the above range), after which it successfully turned 180 degrees and slowly crept up.

Such a phlegmatic reaction of traders to the general weakening of the greenback is quite understandable. After all, even if the Fed raises rates in 25-point increments, the US central bank will still look like a hawk compared to the BOJ, which is implementing an ultra-soft monetary policy with maniacal persistence.

By the way, this correlation previously allowed USD/JPY bulls to conquer more and more new price territories. For example, from mid-August to September (in just six weeks), the pair jumped by more than a thousand points. However, the price has been trading in a relatively modest 150-point range lately.

The fact is that the yen also has its own trump card. We are talking about foreign exchange interventions that were carried out at the end of September by the Japanese authorities. Since then, traders of USD/JPY do not risk staying in the area of the 145th figure (which, in fact, is the reason for the upper limit of the established price range).

It is difficult to say what kind of fundamental events can push the pair out of the price range of 143.70-145.30. If we talk about the bullish prospects, then the focus here is on US Nonfarm (to be published on Friday) and inflation indicators (CPI and Producer Price Index), which will be published next week. They can also sink the greenback - however, paired with the yen, the decline in USD/JPY in any case will play the role of a correction.

You should be careful with the upward dynamics too. After all, the Japanese authorities, following the results of the currency intervention, made it clear that if traders overcome certain red lines, the consequences will not be long in coming. Thus, the Minister of Finance said that the action carried out in September had a "certain effect", and that the authorities were ready to take further action if necessary to "counter speculative movements of the national currency." The Deputy Minister of Finance made a similar statement, saying that "further actions in the foreign exchange market can be taken on any day, including weekends." In this context, attention should be paid to the fact that both in September of this year and back in 1998, currency interventions were carried out after the USD/JPY pair began to approach the 146th figure.

Thus, a rather interesting situation has developed for the pair: they can't go up, they don't want to go down. The upward dynamics is fraught with the reaction of the Japanese authorities, while the downward dynamics looks at least illogical amid the divergence of the Fed and the BOJ rates. All this suggests that the pair in the medium term will most likely trade in the range of 143.70-145.30, within which it has been fluctuating for the second week in a row.