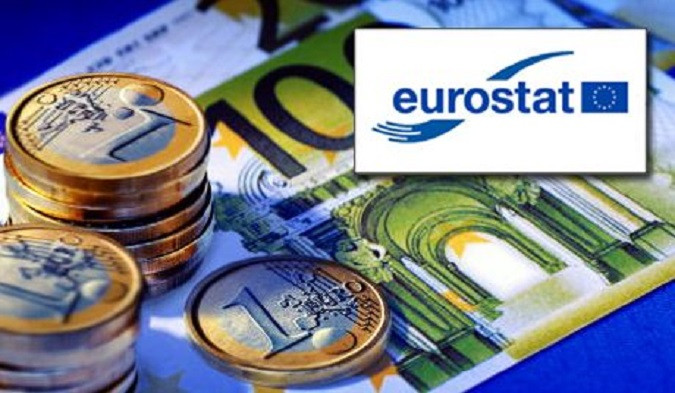 Eurostat reported Wednesday that the eurozone inflation rate eased slightly to 10% in November, below economists' median forecast of 10.4%. The drop from 10.6% in October was the biggest since 2020 and was due to slower increases in energy and services prices, even though food prices rose faster. 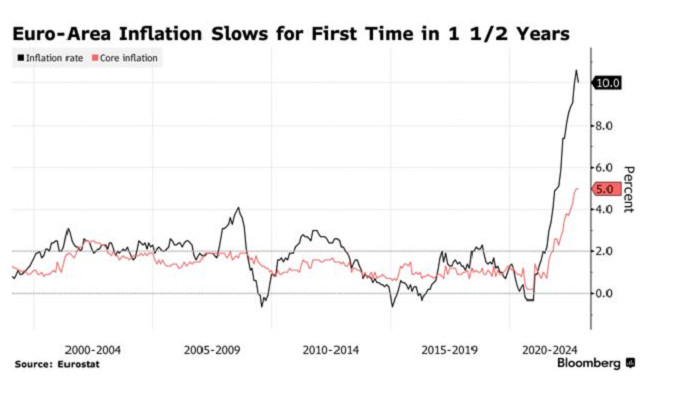 ECB officials stressed that the data are crucial for them to decide whether to raise interest rates for a third consecutive time by 75 basis points, an outcome that may now be less likely. Policymakers are likely to study the report at a scheduled meeting Wednesday, their last meeting before making a decision on December 15.

Money markets are predicting a rate hike of about 57 basis points by the end of the year. European bonds extend losses after Wednesday's data release, with the yield on two-year German bonds rising six basis points to 2.17%.

The EURUSD pair has been rising for the day after the news:

Inflation in the eurozone has remained in double digits for a second month, and officials this week tried to warn of possible false dawns. ECB President Christine Lagarde told the European Parliament on Monday that she "would be surprised" if price growth peaked.

The figures followed a string of weaker consumer price indicators in the eurozone this week. Inflation slowed in Germany, Italy, Spain and the Netherlands. In France, it unexpectedly remained stable. Price growth accelerated in only three eurozone countries.

ECB officials will use this data both as an indicator of price pressures and as inputs for new quarterly economic forecasts. By showing the trajectory of inflation, the forecasts are also likely to show how the economic shock to the region is crushing growth, as a recession is likely under way.

Policymakers have raised rates by 200 bps since July and must now decide whether to raise them another 75 bps or choose a smaller step.

It is unclear whether a lower inflation figure would be enough to push the ECB to raise by only half a point. Last week, executive board member Isabel Schnabel already tried to question the prospect of a slower tightening.

"Incoming data signal that inflation is more persistent, limiting the room for slowing down the pace of interest rate adjustments" she said.