Forex Analysis & Reviews: Did BTCUSD find the bottom, or is the current stabilization a swan song?

At the end of November, Bitcoin lost about 16% of its value, and if seasonal patterns continue, then December also risks becoming a disappointment for the BTCUSD bulls. History shows that this has always been the case over the past decade: the cryptocurrency sector leader ends the year poorly if it closed the last month of fall in the red zone. This pattern was most evident in 2018, 2019, and 2021. At the end of those years, the average token drawdown in December was 11%. How will it end this time?

Bitcoin dynamics in November and December 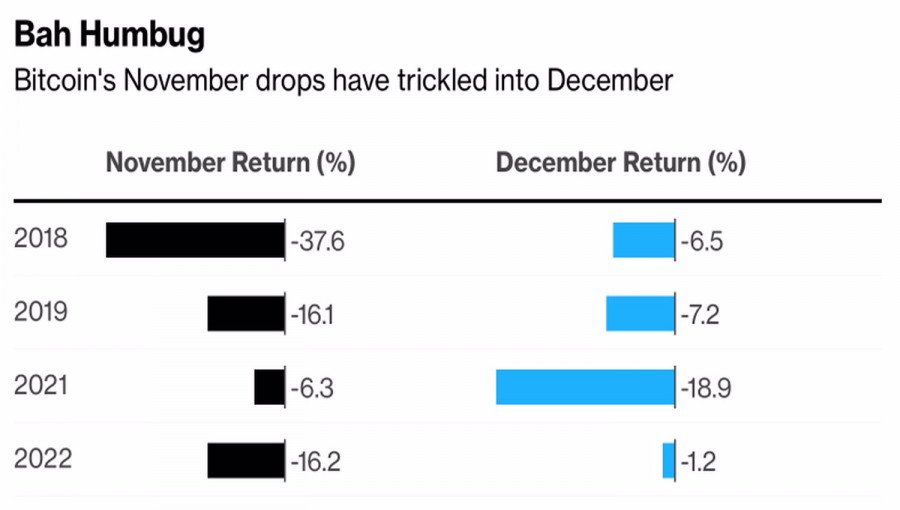 While fans of cryptocurrencies consider their stabilization at the turn of autumn and winter as one piece of evidence that a bottom is forming, their detractors think otherwise. They are not shy in terms of calling bitcoin an unprecedented polluter and dubious means of payment. They say that the value of the token is based solely on the speculation and manipulation of individual exchanges, and the current rebound of BTCUSD is nothing more than the last breath.

Given the bankruptcy of FTX, there is some logic in this. If its head is not lying, claiming that incompetence, not fraud, is to blame, then the crypto industry risks even deeper bogging down in a crisis. Just imagine what would happen if most crypto institutions simply disappeared? In any case, the issue of assessing credit risk and solvency of the counterparty is now on the agenda, and the infection provoked by FTX risks spreading to other companies.

For bitcoin, distrust of brokers risks lagging behind other risky assets. Its high correlation with US stock indices is melting before our eyes, and the seasonal strength of the U.S. stock market at the end of the year or the so-called Santa Claus rally may pass the cryptocurrency sector leader by the wayside. 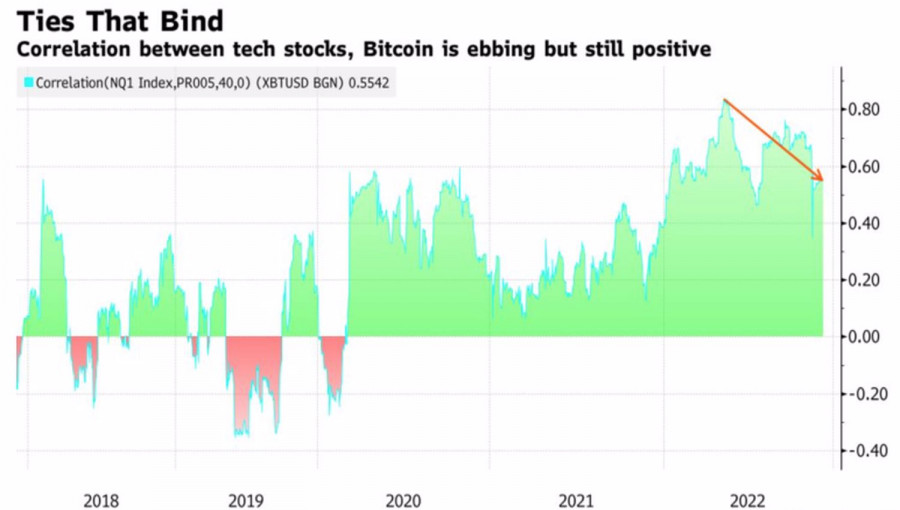 Even the most ardent fans of the token are no longer so confident in their bullish predictions. In particular, Galaxy Digital, which used to say that BTCUSD quotes will reach 500,000 mark in five years, is now trying to put a good face on a bad game. According to the company, due to the Fed's overly aggressive rate hike, the realization of the forecast is being postponed indefinitely. 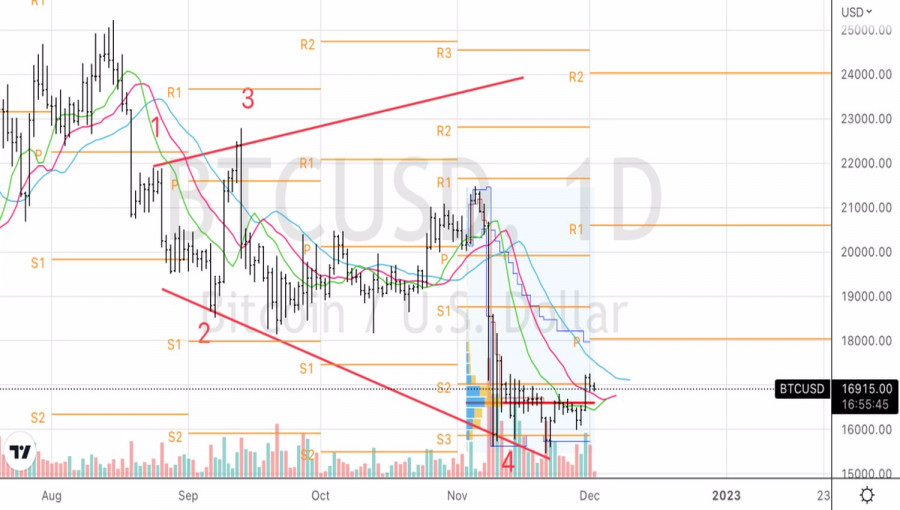 In my opinion, bitcoin remains a risky asset and should live the life of a risky asset, so the dynamics of the US stock indices will continue to act as a guiding star for it. Another thing is that Bloomberg experts' forecasts for the S&P 500 haven't been this disparate for a long time. Bulls think it will grow 10% by December 2023, while bears are betting on a 17% fall.

In technical terms, the inability of BTCUSD to cling to the 17,000 pivot point is a bad sign for buyers. Only a return above this mark, followed by a renewal of the December peak, will be the basis for buying. On the contrary, falling below fair value at 16,600 will increase the risks of a downward trend recovery and open the door for sales.