If last week was driven by conflicting news from the US, this week is likely to be spurred by Fed statements, or lack thereof, which is typical before the central bank's monetary policy meeting.

Earlier, markets are concentrated on the latest employment data in the US, which caused a positive effect on stock and bond markets. But on Friday, in light of strong labor market data, there was a local decline because investors feared that the Fed might not go for the rate cut that Powell promised last Wednesday.

Ahead is the producer price index data, which will show the parameters for manufacturing inflation in November. According to forecasts, it will maintain its monthly growth rate of 0.2%, but in annual terms, it is set to decline markedly from 6.7% to 5.9%. Although this is the only important statistics this week, the market will try to find out in advance the Fed's decision on rates. This is the key question that markets anticipate in order to have a concrete direction, at least until the end of the year.

Therefore, no definite trend can be expected before the Fed's decision is released, although so far the behavior of the market indicates that it is in a positive mood and wants to grow. This may be because the peak of the Fed's rate hike is almost reached, and that early next year the central bank will have to stop hiking rates and start cutting them down amid stagnation in the economy. 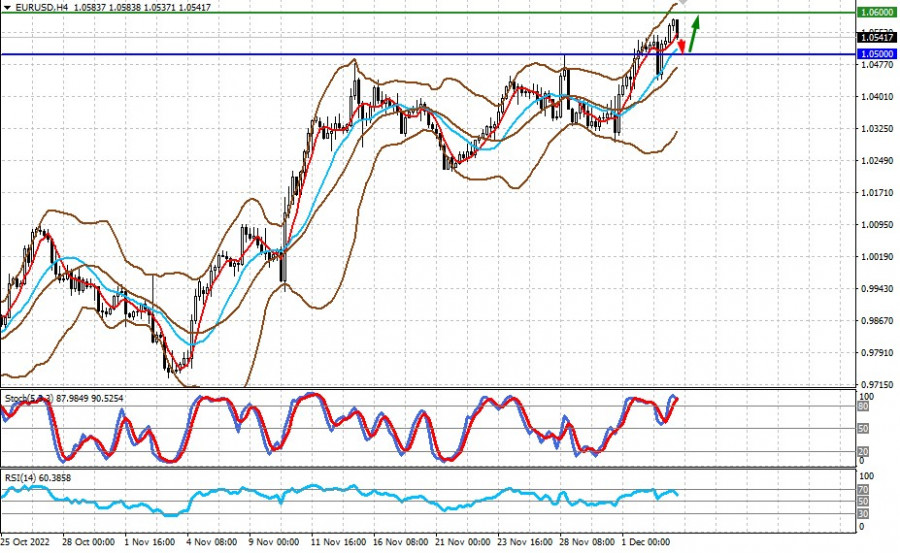 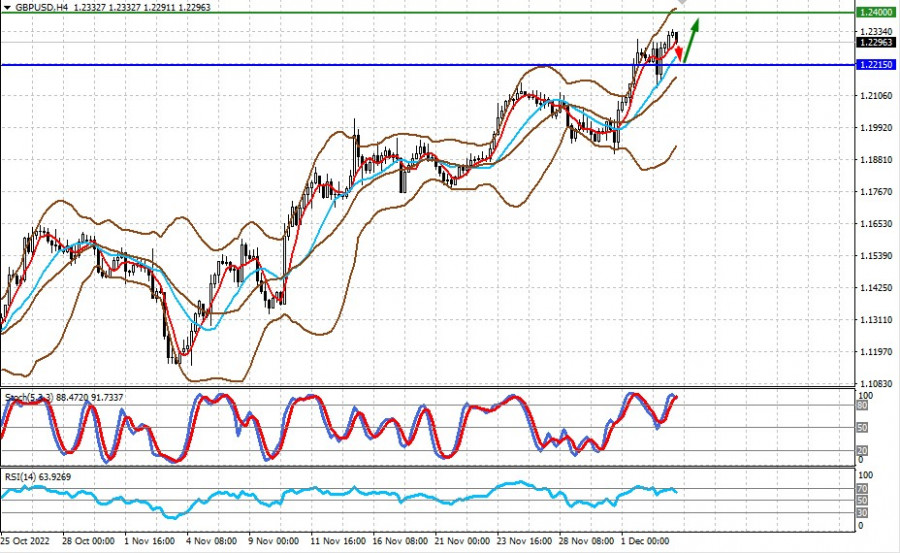 A local rise was seen in the pair, followed by a correction. Most likely, after reaching 1.0500, it will reverse again and head towards 1.0600.

The pair is declining ahead of the start of the European trading session. There is a high chance that it will fall to 1.2215, then bounce up to 1.2400.