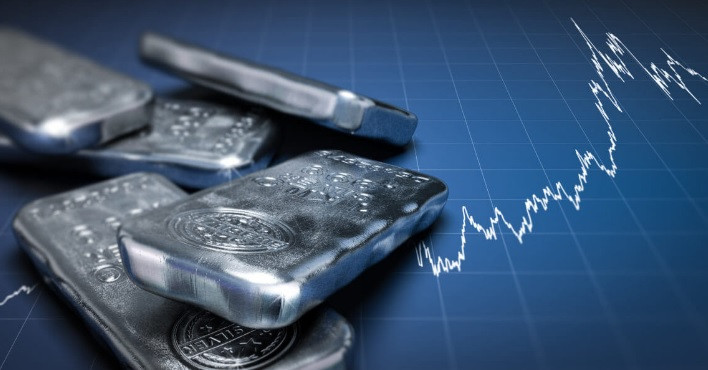 After a dismal summer, the silver market appears to be catching up, as prices ended the week at their highest level since June.

The week before last, prices rose by more than 9%. Silver shows the best weekly performance since August 2020, also posting gains week by 22% since November.

Canadian investment bank TD Securities announced Thursday that it had closed a tactical short position in silver with a 14% loss after "an epic positioning squeeze contributed to a +25% rally from the October lows."

Analysts at the bank had expected rising US interest rates, coupled with the growing threat of a recession, to put significant pressure on the precious metal.

"We continue to expect the investment appetite for precious metals to remain subdued in the midst of a restrictive rates regime, which suggests that a consolidation in prices could still be in the cards into 2023," said Daniel Ghali, senior commodity strategist at TDS.

Silver has outperformed gold by a significant margin, with the gold/silver ratio falling to its lowest level since the end of March, most recently at around 77.65 points.

The entire precious metals market rallied last week after Federal Reserve Chairman Jerome Powell said on Wednesday that it was time for the US central bank to slow down the pace of monetary tightening in December.

Along with the change in interest rate expectations, bullish sentiment has been building in silver as the market has seen record physical demand for 2022.

In a recent discussion hosted by the London Bullion Market Association, Jonathan Butler, precious metals strategist at Mitsubishi Corp, said silver has a very bright future, even as it faces near-term headwinds due to the Federal Reserve's aggressive monetary policy tightening stance.