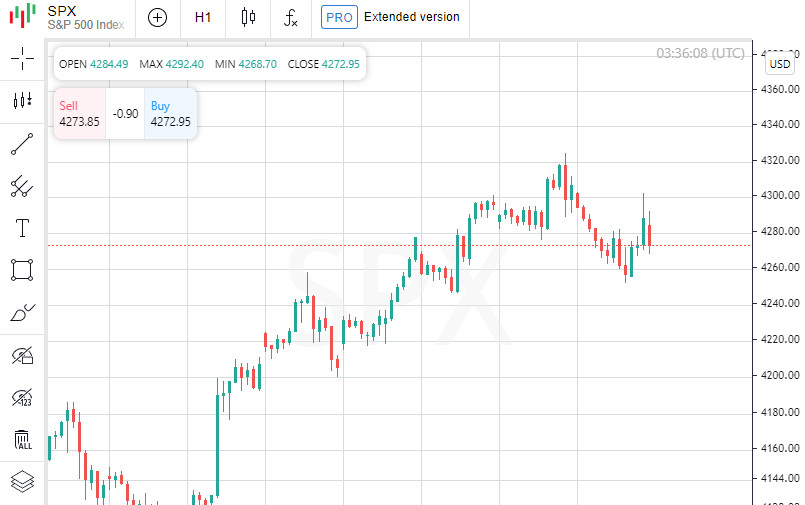 The minutes also indicated that Fed officials saw no convincing evidence of easing inflationary pressures in July, suggesting inflation could take longer than expected to slow down.

In an effort to curb inflation, the Fed has already raised its key interest rate by 225 basis points this year. After the release of the protocols, traders in futures linked to the Fed rate estimated its increase by 50 basis points as more likely.

Before the release of protocols, the market was already trading with a significant decline. Growth indices were under pressure due to the weak results of Target's retail chain.

Target Corp. stock quotes. decrease by 2.2%. The company, which owns the second-largest discount store chain in the US, posted a nearly 10-fold drop in net income in the second financial quarter due to forced markdowns that hurt its margins.

Shares of TJX Cos. rise in price by 0.4%. The American chain of discount stores in the 2nd quarter of fiscal 2023 increased its net profit by 3%, but revenue fell short of expectations.

Price of Lowe's Cos. grows by 2.1%. The company, which owns the second-largest home improvement store chain in the US, saw a 1% drop in net income in the second quarter of fiscal 2022, but the per-share figure was better than market expectations.

Papers Krispy Kreme Inc. cheaper by 11.9%. The American chain of coffee shops, known for its donuts, cut its net loss in the 2nd fiscal quarter by 4.5 times, increasing revenue by 7.5%. Meanwhile, the company noted that consumers faced unique economic pressures in the past quarter and downgraded its forecasts for the current fiscal year.

The share price of Endo International Plc increases by 0.8%. An international pharmaceutical company has filed for bankruptcy in a US court to deal with its debt load due to litigation related to the so-called "opioid case".

Published by the US Department of Commerce, statistical data indicated that retail sales in the United States in July did not change in monthly terms.

Analysts polled on average predicted an increase of 0.1%.

Sales rose 0.8% in June, up from the 1% previously announced, according to revised data.