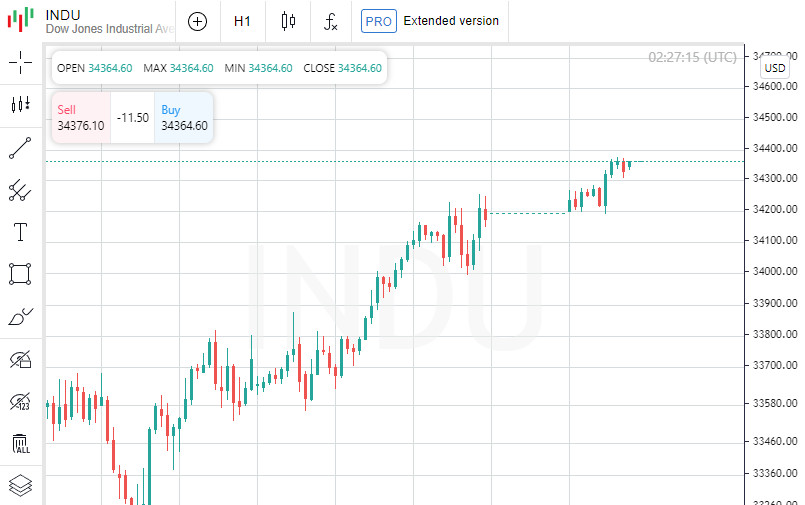 There are no statistical releases scheduled for Friday. In this case, the session will be shortened and will end at 21:00 GMT+2. In this regard, trading activity is likely to be lower than usual, experts say. On Thursday, the exchanges did not work because of the public holiday - Thanksgiving Day.

Meanwhile, a number of important indicators will be published in the near future, including revised data on changes in US GDP in the third quarter, as well as data on the state of the labor market in November. In addition, the country begins the season of active shopping before the holidays.

At the same time, the Nasdaq Composite index fell by 0.39% since the market opened and amounted to 11241.63 points.

Stock quotes for retailers Walmart Inc. and Target Corp. decrease respectively by 0.2% and 0.8% at the beginning of trading.

Amazon.com Inc. price fell 1.1% on reports that employees at the online retailer's warehouses around the world, including the US, Germany and France, are planning protests on Friday demanding higher wages.

Shares of Ford Motor fell 0.3% on news that the company is recalling more than 634,000 SUVs worldwide due to malfunctions.

Tesla's value fell 1.2%. The company announced that it is recalling about 80,000 electric vehicles in China due to problems with software and seat belts.

At the same time, the share price of Chevron Corp. grows by 0.3%. According to media reports, the United States is preparing to grant this company a license to produce oil in Venezuela. Chevron will regain partial control of oil production in Venezuelan fields, in which the company has retained stakes through joint ventures with state-owned Petroleos de Venezuela SA.