Following the release of preliminary data on inflation in the eurozone, the dollar should have been strengthened significantly. Yet, those were its main competitors, the euro and the pound, that went up. The decrease came after the Fed boss' speech. In fact, the greenback started to go down when Jerome Powell was actually speaking. The chairman hinted that the regulator may hike rates by 50 basis points in December. This was enough to cause a fall in the US dollar.

Today, the greenback will remain under pressure, pushed by the data on the US labor market. Thus, initial jobless claims may rise by 18,000 and continuing ones to increase by 9,000. Ahead of the release of the US Department of Labor report, such disappointing results contributed to the weakening of the dollar. 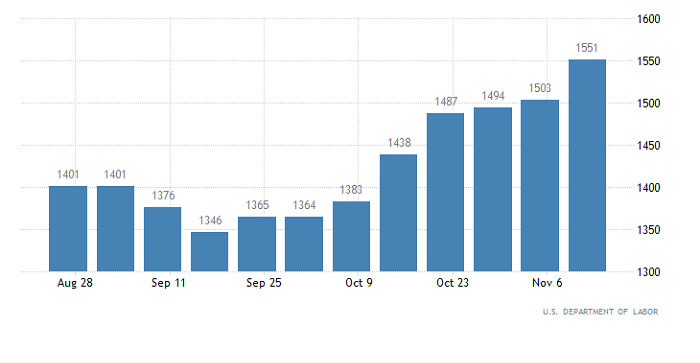 After hovering below the psychological level of 1.1950/1.2000 for several days, GBP/USD failed to consolidate. This area eventually became support where the price rebounded.

The RSI crossed line 50 to the upside on the 4-hour chart, signaling an increase in buying volumes. On the daily chart, the indicator is still moving up in the range of 50 to 70, indicating an upward movement from the low of the downtrend. 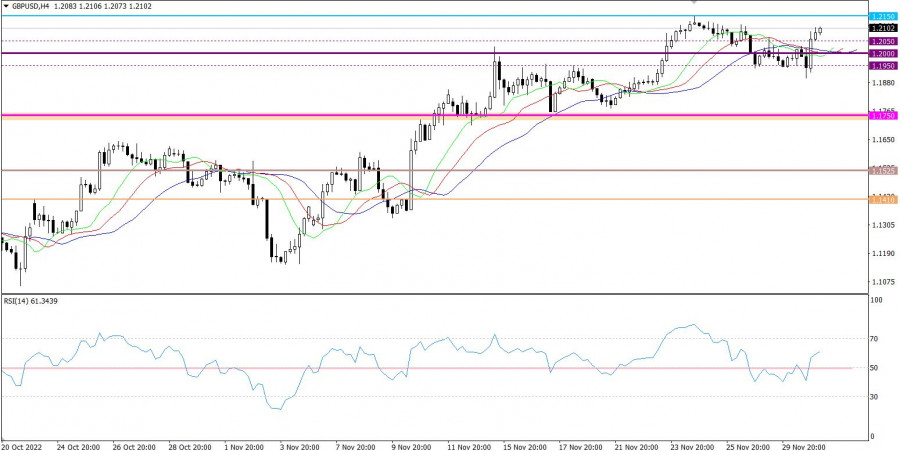 If the price breaks through the 1.2150 resistance, the uptrend cycle from the low of the downtrend will extend. Notably, a breakout through 1.2150 will take place if the quote settles above it in the daily time frame.

Alternatively, the price may bounce off 1.2150.

As for complex indicator analysis, there is a buy signal for short-term and intraday trading due to the uptrend cycle from 1.1950/1.2000. In the medium term, indicators are also headed upward.

Breaking forecast for GBP/USD on February 6, 2023
A slump in the pound sterling was quite expectable and should not cause any questions. However, there is a necessity for a rebound since the US dollar is overbought.
Hot forecast for EUR/USD on 03/01/2023
Given the results of yesterday's European Central Bank meeting, the dollar has nothing to do but rise, but not today, since it could be under pressure later on..
Breaking forecast for GBP/USD on February 2, 2023
The Federal Reserve slackened the pace of the key rate hike. Now, everything depends on the Bank of England, which is raising the benchmark rate a bit more actively.
แสดงรายละเอียดเพิ่มเติม
บทความการวิเคราะห์ การวิเคราะห์พื้นฐาน แผนการซื้อขาย สกุลเงินดิจิทัล การวิเคราะห์ทางเทคนิค การคาดการณ์สดใหม่
All Analytics
การคาดการณ์สดใหม่ แผนการซื้อขาย สกุลเงินดิจิทัล คู่สกุลเงิน USD/RUB เศรษฐกิจรัสเซีย การวิเคราะห์วิดีโอ
ตราสารการซื้อขาย
EURUSD GBPUSD USDCHF USDCAD USDJPY AUDUSD EURGBP EURJPY NZDUSD EURNZD Silver Gold #CL #USDX COVID-19 Bitcoin

Breaking forecast for GBP/USD on February 6, 2023

The US Labor Department report did not meet expectations. This affected the market more than the meetings of all the central banks. Thus, the unemployment rate unexpectedly dropped to 3.4%