Forex Analysis & Reviews: GBP/USD. Analysis for December 1. Powell has "solved" the issue of low business activity in the UK. 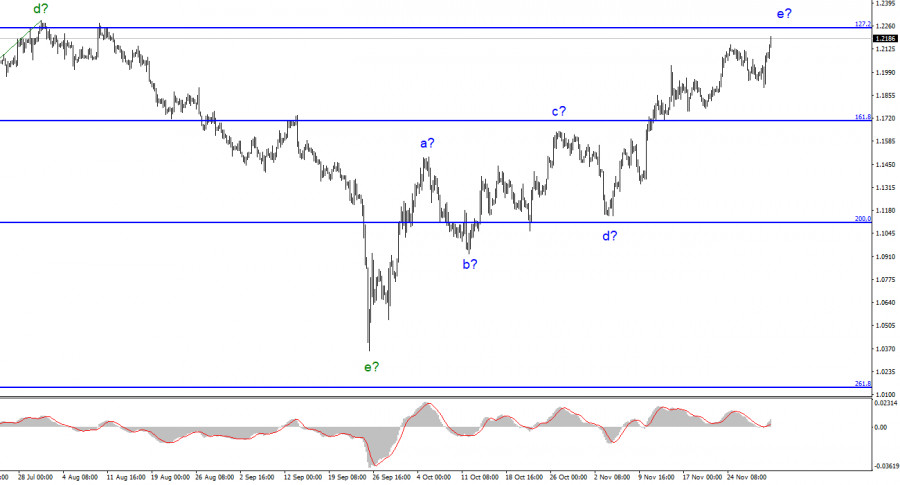 The wave marking for the pound/dollar instrument currently appears quite confusing, but it still needs to be clarified. We have a five-wave upward trend section, which has taken the form a-b-c-d-e and may already be complete. As a result, the instrument's quote increases may last a while. However, the European currency has recently begun to grow once again, and both instruments should ideally move in the same direction. As a result, both instruments are already getting close to the point where the upward trend section ends, and a mutual decline starts. Recently, the British pound's news background has been so varied that it is challenging to sum it up in one word. The British pound had more than enough reasons to rise and fall. As you can see, it primarily went with the first option. The internal wave structure of wave e has become more complicated this week due to the rise in quotes over the previous week, which also caused a new complication. I am waiting for the decline of both instruments, but these trend sections may take a more extended form. For both instruments, the wave marking allows the completion of the construction of the ascending section.

On Wednesday, the pound/dollar exchange rate increased by 110 basis points; today, it increased by 170. Remember that we have been observing the same image for a long time, but with a minus sign for the British. The US dollar was steadily increasing, but there were particular causes for this. Then what? Today in Britain, there was only one report on business activity in the manufacturing sector, which no one found interesting. Yesterday, there was no background news in the UK; reports from the US were not that bad that the demand for the currency was falling at such a pace; and today, there was no background news in the UK. Significant reports in America need to be available; only later will significant statistics become available. Yesterday's speech by Jerome Powell was the only factor contributing to the decrease in demand for US currency.

Of course, Powell's speech had drawbacks that might cause the demand for the dollar to decline. But I don't think it was appropriate to read too much into what he said about the rate hikes slowing down since December as being "dovish." He said the same thing when he said that the Fed's forecasts for economic growth were slightly off. A third-quarter US GDP report was made public, revealing stronger growth than the market could have anticipated. As it turns out, the market is interested in something other than the official GDP report. Since many FOMC members have already discussed slowing the pace of rate increases and rates have been discussed for several weeks, there is no new information on this. In general, we see an increase in the instrument, not because of the news background but because the market wants it to increase. 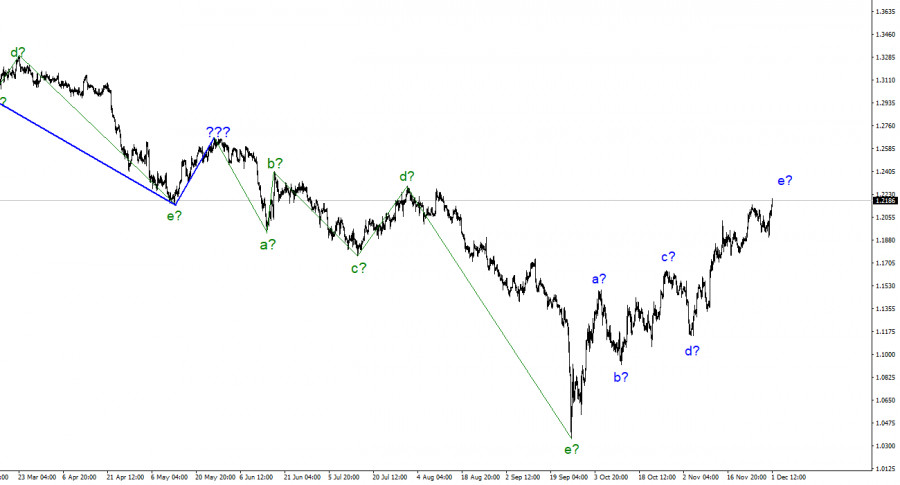