Yesterday's macroeconomic calendar was bereft of any important releases from Europe, Britain, and the United States.

In this regard, investors and traders were monitoring the information flow so as not to miss breaking news.

As of breaking news stories, the European media is actively discussing the energy crisis. The US media continue to talk about FTX, one of the world's largest crypto exchanges, which has filed for bankruptcy, as if trying to shift the focus to other problems.

Overview of trading charts for December 6

The euro/dollar pair is pulling back from the level of 1.0500. The quote has already gone below the level of 1.0500, indicating a temporary shift in market sentiment in favor of euro sellers. In terms of market cycles, the market has been trading upwards for the past two months. As a result, the euro has already added more than 10%.

While pulling back from the local high of the upward cycle, the pound/dollar pair broke through the variable support level of 1.2150, which led to a shift in market sentiment. Thus, it can be assumed that the current pullback may well move into a full-fledged correction. 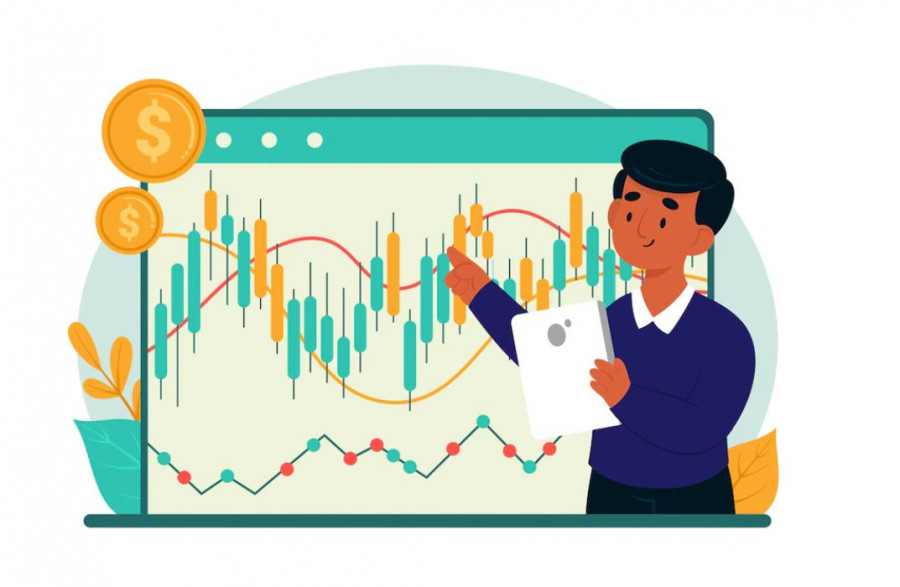 Today, traders may take notice of data on Eurozone GDP for the third quarter. However, this report is unlikely to have a severe impact on the market. After all, this is the third estimate that will hardly differ from the first two ones.

The transition from a pullback to a full-fledged correction may drag the euro down to the level of 1.0300. In this case, the upside momentum gained from the low of the downtrend may fizzle out.

An alternative scenario may be considered by traders in case the quote completes its correction. If the price returns above 1.0550, the volume of long positions will increase. 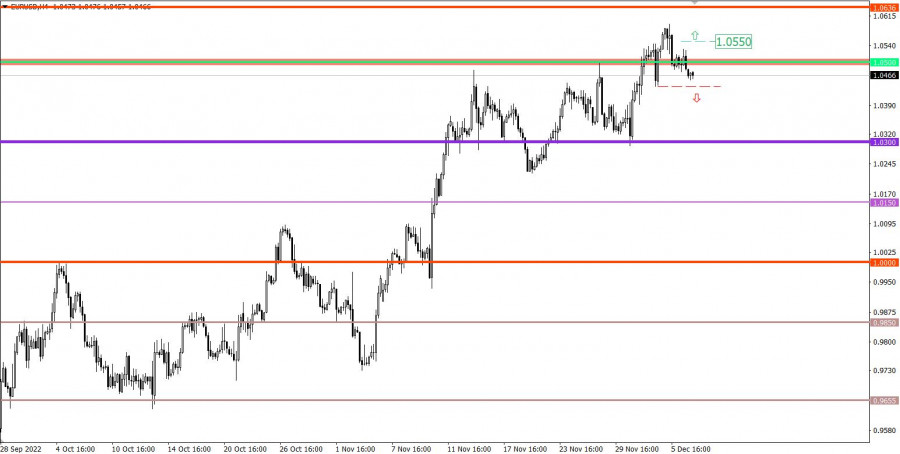 If the price fixes below the level of 1.2150, the British pound may head towards the psychological level of 1.2000. This price move can be seen as a correction. At the same time, it does not break the cyclical uptrend from the low of the downtrend.

Alternatively, the current stagnation around the level of 1.2150 may end with gains. In this case, the quote needs to consolidate above 1.2200 on the daily chart. 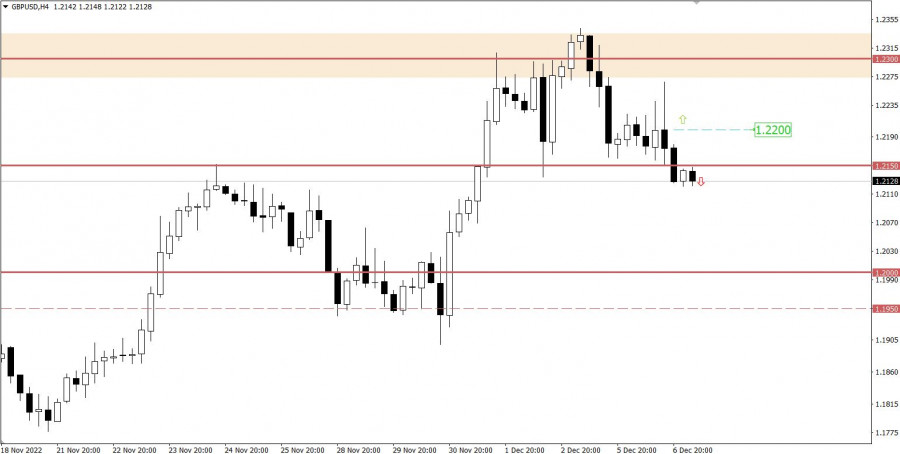 The candlestick chart shows graphical white and black rectangles with lines from above and below. While conducting a detailed analysis of each individual candlestick, one can notice its features intrinsic to a particular time frame: the opening price, the closing price, as well as the highest and lowest prices.

Horizontal levels are price levels, at which the price may stop or reverse. They are called support and resistance levels.

Circles and rectangles are highlighted examples where the price reversed in the course of its history. This color highlighting indicates horizontal lines, which can exert pressure on the quote in the future.

Traders are recommended to read the following article: