While the introduction of coronavirus restrictions has slowed down almost the whole world over the last few months, the InstaForex Loprais Team keeps going on full throttle. However, the COVID-19 has forced the team from Frenstat to change its plans. 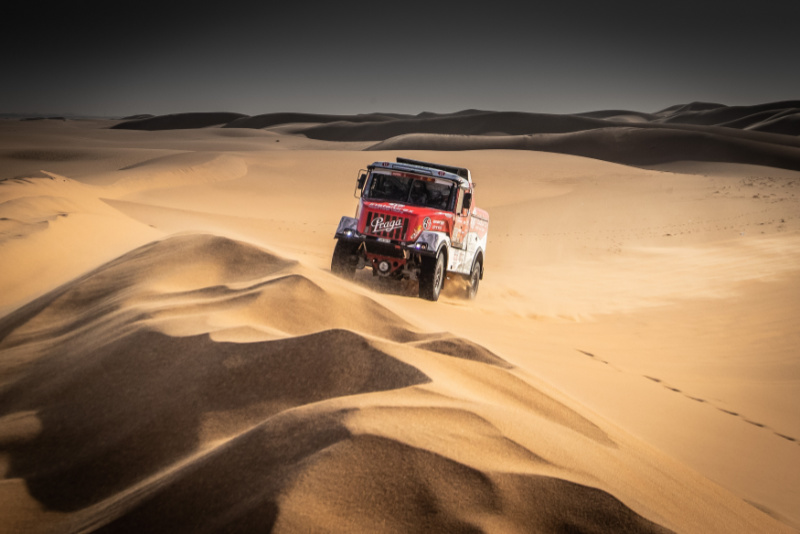 Last week, the organising company Amaury Sport Organisation (ASO) has announced the first details about the 43rd edition of the most famous marathon rally in the world. While the Dakar is going to take place only in Saudi Arabia again, the organisers are promising a completely different route than this year, which should be more technical, offer more variety and each stage is going to consist of at least a small part in the dunes.

“The most important thing is that the Dakar will happen. The Saudi Arabia is nice, and it offers everything for the Dakar to go ahead. However, I’m expecting a big improvement after this year’s edition. If the organisers are going to fulfil their promises, this race can get even better. This year, we enjoyed some beautiful dune fields, but then it changed into flat terrains and anybody can do that. Only more technical routes can put drivers’ and navigators’ skills to a real test,” said Aleš Loprais.

“I understand that Saudi Arabians wanted to show off their country to the world, with the most interesting locations, and that’s why we kept quickly moving from one place to another. However, next time it will be different. You don’t need long stages to make it difficult. They can be shorter, but more complex.”

“To me, that’s a good choice. Even though I was really looking forward to beautiful dunes in Liwa region near Abu Dhabi in the United Arab Emirates and I would also like to visit other countries,” admits the 14-time Dakar Rally participant.

The Lady is going, The Queen hopefully too, The Puma maybe

Aleš Loprais will be going to Saudi Arabia with his Praga V4S DKR special once again. The team is currently working on some improvements, after learning valuable lessons in this year’s debut of the truck at Dakar.

“We’re almost done with Praga as the last components should arrive this week. The engine is almost complete, the gears have been refurbished and newly set. We’re also partially changing the engine’s setting, and then we will try it on dyno,” said Loprais about the current state of his truck, nicknamed The Lady.

While the truck is undergoing some changes, the crew around Aleš Loprais remains the same. Once again, he will be joined by a navigator Khalid Alkendi from the United Arab Emirates and for the third time also by an onboard mechanic Petr Pokora from Czech Republic.

Originally, the InstaForex Loprais Team wanted to enter with two racing trucks for the first time since 2014. After a one year’s break, the team was preparing also Tatra Jamal – The Queen 69.

“We were working on The Queen, fixing some cracks that we had discovered after its previous Dakar race. We made the truck looking nicer in general,” said Loprais, a 40-year-old successor of the famous Dakar family, who drove this truck in the last ever Dakar in South America back in 2019.

“However, the situation around COVID-19 has also affected our partners, who wanted to race The Queen at Dakar. Just recently, we’ve been told that they had to rethink their plans, but we’re still in touch with other interested parties and open to any potential ideas on how to bring The Queen back to Dakar. We don’t give up; she is ready to come back.” 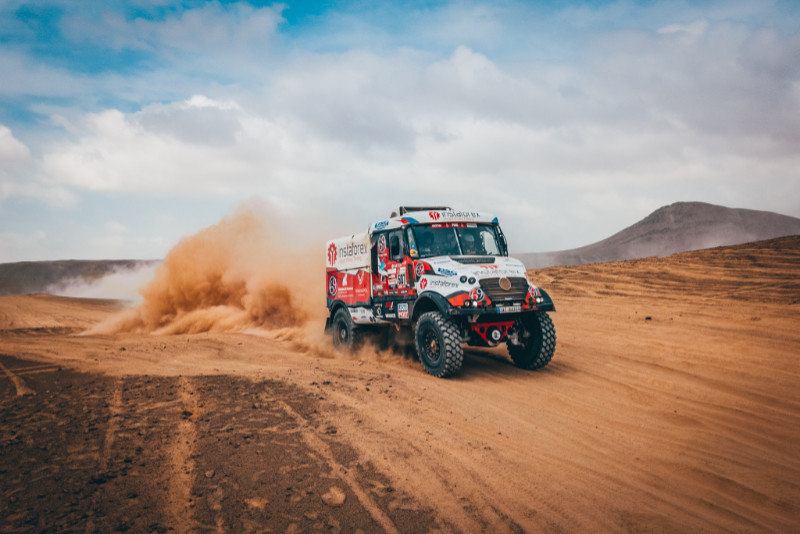 But there might be even bigger comeback as the legendary Tatra Puma could also race in the Saudi Arabia. The famous truck that took Karel Loprais to three victories at Dakar at the turn of the century would be eligible for the brand-new Dakar Classic category. The organisers at ASO has announced this category for old machines that took part in the biggest international marathon rallies before the year 2000.

“Right after the Dakar Classic category was announced, we heard from first interested parties who want to race with The Puma. We’re considering it, but we need to wait for the rulebook and more information. After all, that truck means a lot to us,” added Loprais.

Thorough preparations in the Middle East

After the first tests in Europe by the end of August or in early September, all the race and support machinery and equipment will be shipped to the Arabian Peninsula, where the Instaforex Loprais Team is going to pick everything up at the beginning of November.

“We want to take it easy in the United Arab Emirates and thoroughly test all the new things because for example, this year at the Dakar we’ve suffered from one problem that would never show up in Europe. We had the same plan last year too, but as we were building a new car, there was not enough time for it,” said Loprais who also aims to take part in a race before Dakar.

“If everything goes well, I’d like to take part in the Abu Dhabi Desert Challenge at the end of November.”

The Dakar Rally 2021 is set to begin on Saturday, January 2 in Jeddah with a ceremonial start. Followed by a short prologue that is going to determine the starting order for the first proper stage. There will be twelve stages in total and a rest day on Saturday, January 9, in Ha‘il. It all is set to end on Friday, January 15, when the successful crews will cross the finish line in Jeddah again. 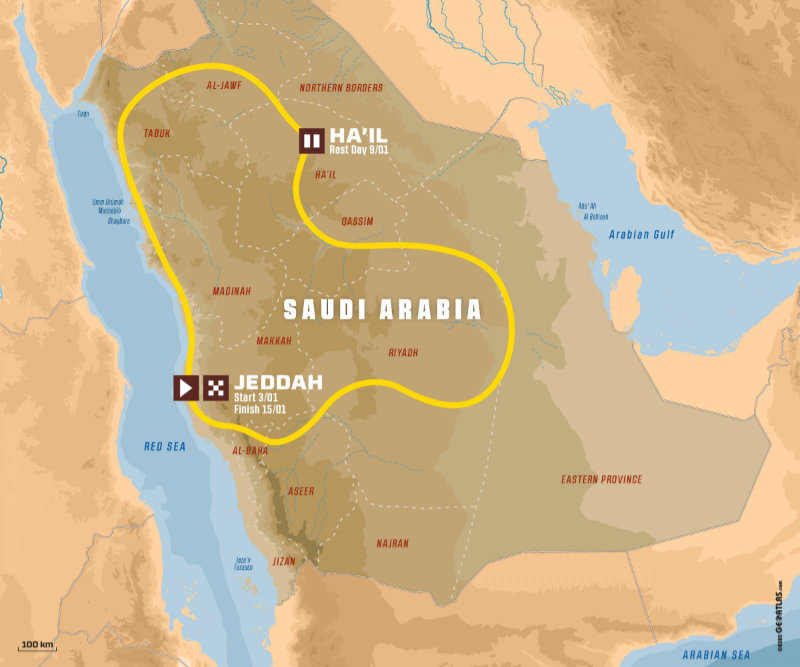 There will be some regulation changes for the Dakar 2021 event. While the detailed rulebook will not be available from the ASO until the next month, the truck crews already know that roadbooks will be handed out just 10 minutes before the start of all stages. Selected vehicles from cars, side-by-side and truck categories will also feature a digital itinerary, that is set to replace the paper version.

In order to improve the safety, crews will receive an aural warning in dangerous places that are going to be marked by second or the third (the highest) level of risk in the roadbook. Also, the most hazardous sectors will feature slow zones with a speed limit set at 90 kph.

Another important change is an introduction of a priority drivers’ status across all categories, including the heaviest Dakar category. This change can play an important role at dusty routes across the Arabian Peninsula. Even if such drivers get into troubles and drop back in the standings, they will not have to start from the back next day, based on their previous (unfortunate) result, but they can be moved forward in the starting order. As there will be bigger intervals between them, there will not be so many overtaking in a dense dust, as it happens with non-priority drivers in the back, who usually start later and have shorter intervals. 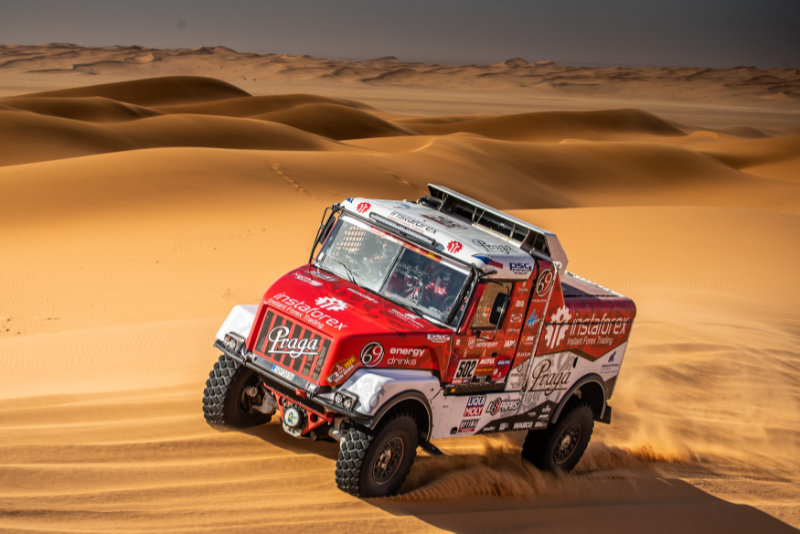