The euro-dollar pair has not managed to break out of the price range of 1.1460-1.1620, although today the price has approached its lower limit. But the bulls again seized the initiative and did not allow it to gain a foothold in the 14th figure. However, the upward dynamics also did not receive its continuation, so the pair was stuck in the flat in anticipation for new information impulses. 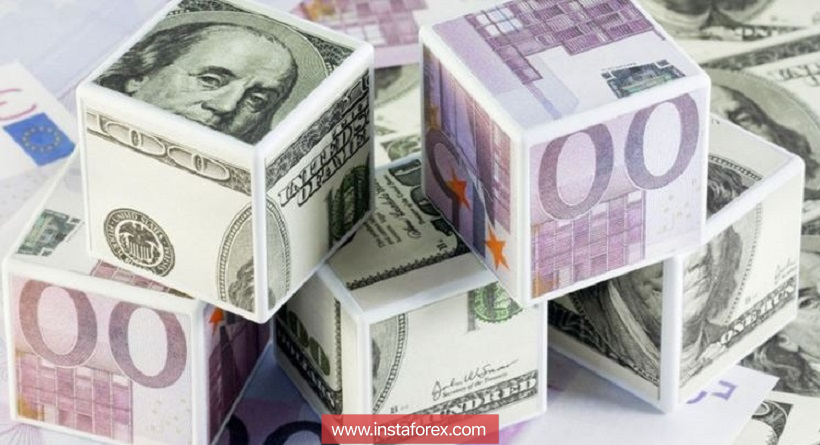 The fundamental background of the pair is very contradictory: the events of the last day do not have an unambiguous "black and white" color, so it is difficult for traders to determine the vector of further movement. For example, the initial signals from the EU summit significantly disappointed the market, after which the pound and the euro lost their positions. But today there is information that Brussels has offered London to extend the period of the transition period - approximately one year. And the British, apparently, supported this idea - at least the rhetoric of Theresa May (which, however, allowed the prolongation "for a couple of months") eloquently testifies to this. Later, there were also unofficial comments of high-ranking officials of Britain, which also confirm such intentions.

In other words, even if the parties do not have time to agree on key positions before March 2019, Britain will remain within the single market and within the customs Union for almost three years – that is, until December 2021. Such prospects calmed the markets a bit, but it is too early to "relax" – after all, today is the second day of the summit (the most intense in the context of multilateral negotiations), so the participants of the meeting can still present surprises - both of a positive nature and vice versa.

Although the euro follows the pound in many ways (especially when the Brexit issue is discussed), the single currency is not as focused on the summit as the British. Therefore, today the bulls of the EUR/USD focused on the rhetoric of the ECB representative Olly Rehn (head of the Central Bank of Finland). He voiced his expectations about the growth of the interest rate - according to him, the European central bank will consider this issue in the fourth quarter of next year. Naturally, if the dynamics of the eurozone economy will maintain the current pace.

Despite the fact that we are talking about very long-term prospects, traders reacted with optimism to such intentions. Moreover, the position of Rehn sounded simultaneously with the rhetoric of ECB Board member Ewald Nowotny, who said that he sees Jens Weidmann, the head of the Bundesbank, as the successor of Mario Draghi. Let me remind you that Weidmann has long and consistently advocated the tightening of monetary policy. If he really will head the European Central Bank (and it is called the main candidate) next year, then the pace of the rate hike can be significantly revised.

In other words, the fundamental factors that supported the euro today relate to too distant prospects. Therefore, the reaction to them was short-term, and the pair returned to more pressing issues. In particular, the problem of the Italian budget remained in limbo. According to a number of publications, the European Commission next week will reject the draft budget with a deficit of 2.4%, and its revision will take at least a month and a half. That is, this issue may be delayed until December, thus putting background pressure on the euro. 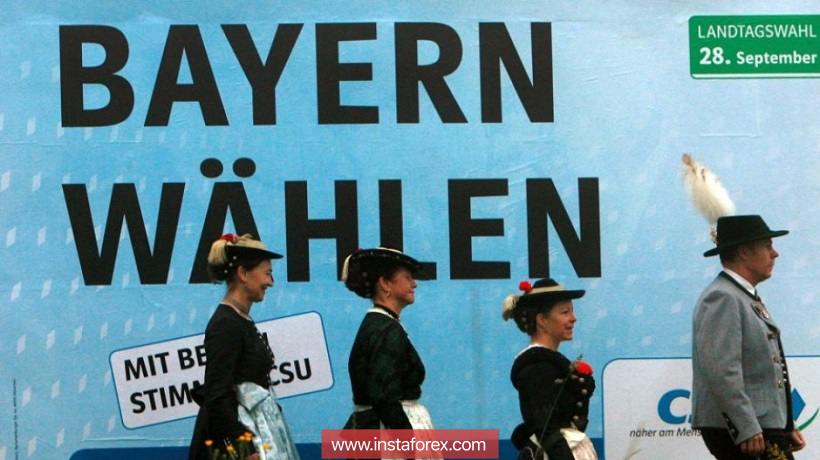 Another factor of uncertainty is the local elections in Germany. Let me remind you that Angela Merkel's partner in the Christian-Social Union coalition suffered a serious defeat in the elections to the Bavarian Parliament. 37% of Bavarians voted for the CSU, whereas five years ago this figure was almost 50%.

For the first time in 60 years, CSU representatives lost a single-party regional government. In addition, an impressive result was shown by the far-right party "Alternative for Germany", whose representatives took 22 seats in the local Parliament. According to some experts, the elections in Bavaria reflected the current political preferences of the Germans – that is, the growth of anti-European sentiment and the decline in the popularity of Merkel. At the end of October (28th) another regional elections will be held -in Hesse, where Angela Merkel is in charge of the "Christian Democratic Union". If the far right will press the CDU there, it will be a very alarming signal for Brussels.

Thus, the euro can not count on the support of the fundamental background, since the news "with a plus sign" are long-term, and "minus sign" is more estimated. In addition, the dollar is also not losing ground – published on Wednesday, the minutes of the last meeting of the Federal Reserve showed the "hawkish" attitude of the majority of regulator members, after which the probability of a hike in December again increased to 80%. Of course, the published opinions of officials are somewhat "overdue" in time – after all, the September meeting was held before the release of the latest inflation data (very weak) and before the events in the stock markets. But in general, the regulator kept a bullish attitude and did not disappoint market participants.

In summary, it should be noted that EUR/USD traders should closely monitor the level of 1.1460 (the lower line of the Bollinger Bands indicator on the four – hour chart) - when it breaks, the pair can sharply gain momentum and go to the bottom of the 14th figure, where the nearest support level is located (the lower line of the above indicator on the daily chart). The technical picture has a further decline (in particular, this is evidenced by the bearish "Parade of lines" signal of the Ichimoku Kinko Hyo indicator on D1).