Investors rely solely on technical factors in the absence of any macroeconomic data. And after reaching the upper limit of the 1.05-1.06 range, the single European currency began to move towards just its lower limit. And apparently, today we will see a mirror image of this movement. That is, the euro will gradually grow towards the upper limit of the range. Since today's macroeconomic calendar is also almost empty. Only the final data on the GDP of the United States for the first quarter will be published. But it should confirm preliminary estimates that showed a slowdown in economic growth from 5.5% to 3.5%. However, the market has long taken into account this fact, so investors will not learn anything new for themselves. 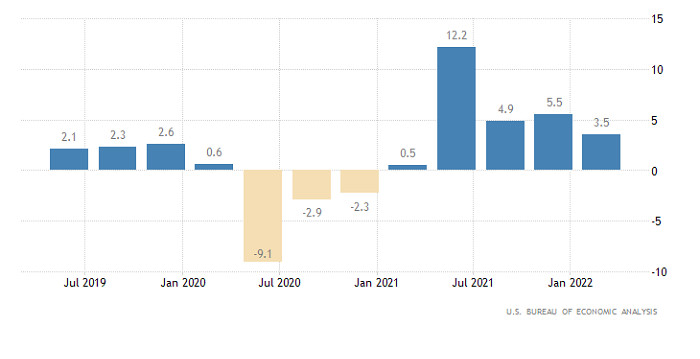 The EURUSD currency pair has been moving within the horizontal channel at 1.0500/1.0600 for the second week, where market participants managed to bounce off its upper limit during the past day. This movement led to a weakening of the euro exchange rate in the direction of the lower limit – 1.0500, where due to a natural basis, there was a reduction in the volume of short positions. 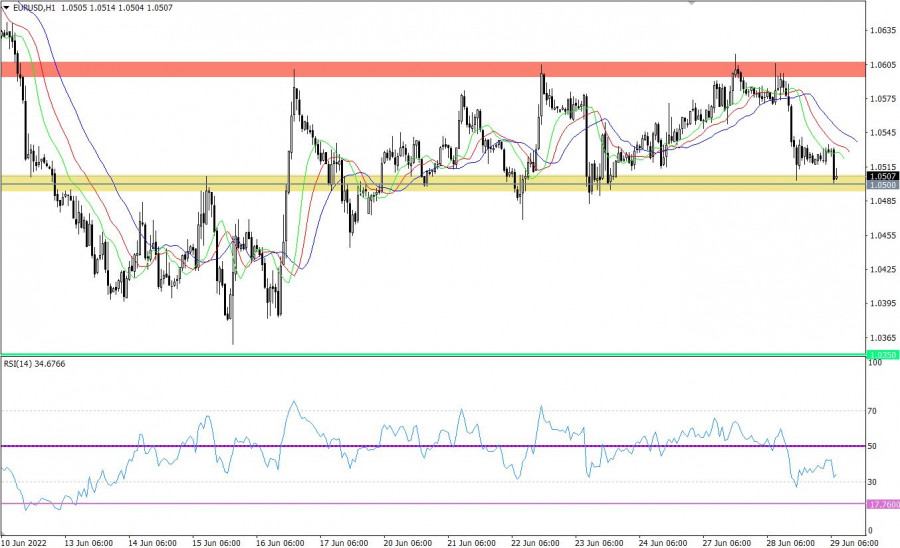 The scenario of the breakthrough of the lower border of the flat will be relevant only after the price stays below the level of 1.0500 in the daily period. Until then, the risk of a price rebound towards the upper border remains.

Complex indicator analysis has a sell signal in the short-term and intraday periods due to price movement within the lower border of the flat. Indicators in the medium term are focused on the main downward trend.