The US unemployment claims data suddenly turned out to be noticeably worse than expected. First of all, due to the revision of previous data. The number of initial applications should have been reduced from 229,000 to 218,000. However, their number decreased from 233,000 to 231,000. A similar situation occurred with repeated appeals, which decreased from 1,331,000 to 1,328,000. Before the data was released, it was expected that their number would decrease from 1,315,000 to 1,310,000. As a result, the final data turned out to be noticeably worse than forecasts. And if it were not for the revision of the previous data, then, instead of falling, the number of calls would increase. And judging by the data, the state of the labor market is somewhat worse than previously thought. It is for this very reason that the dollar began to gradually lose its positions. 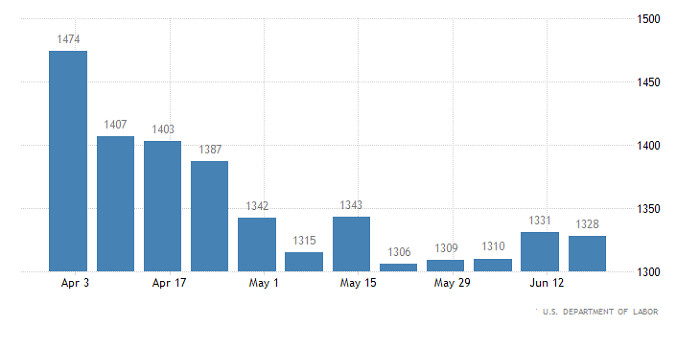 The final data on business activity indices both in Europe and in the United States will be published today. However, they should only confirm preliminary estimates that the market has already taken into account. So they will not be able to influence the market. In contrast to preliminary data on inflation in the euro area. Moreover, inflation should accelerate from 8.1% to 8.3%. So inflationary pressure in Europe is only increasing, and, most likely, the increase in the refinancing rate of the European Central Bank, which should take place during the upcoming meeting of the central bank's board, will not be enough to somehow improve the situation. As a result, the euro will be under pressure. 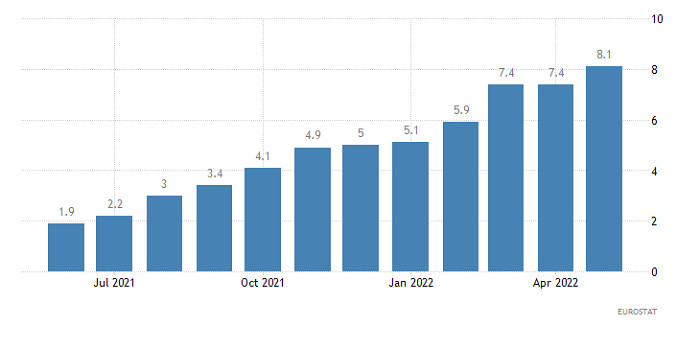 During the intensive downward movement, the EURUSD currency pair has come close to the bottom of the downward trend, in the area of which there was a reduction in the volume of short positions - as a result of a technical rollback.

The RSI H4 technical instrument turned out to be locally in the oversold zone, which indicated an overheating of short positions in the short-term periods. Now RSI H4 is moving steadily in the lower 30/50 area of the indicator, which allows for further decline.

The moving MA lines on the Alligator H4 and D1 indicators are directed downwards, which corresponds to the direction of the main trend.

As a resistance on the path of a rollback, there is an area of the previously passed level at 1.0500, which currently serves as resistance in the market. Thus, the existing rebound may indicate a consistent recovery of short positions, which in the future allows for a decrease in the quote in the direction of 1.0350.

Traders will consider an alternative scenario if the price stays above the 1.0500 level in a four-hour period. In this case, the quote may again resume the cycle of fluctuations within 1.0500/1.0600.

Comprehensive indicator analysis has a buy signal in the short term due to a technical rollback. Indicators in the intraday and medium-term periods are focused on the main downward trend. 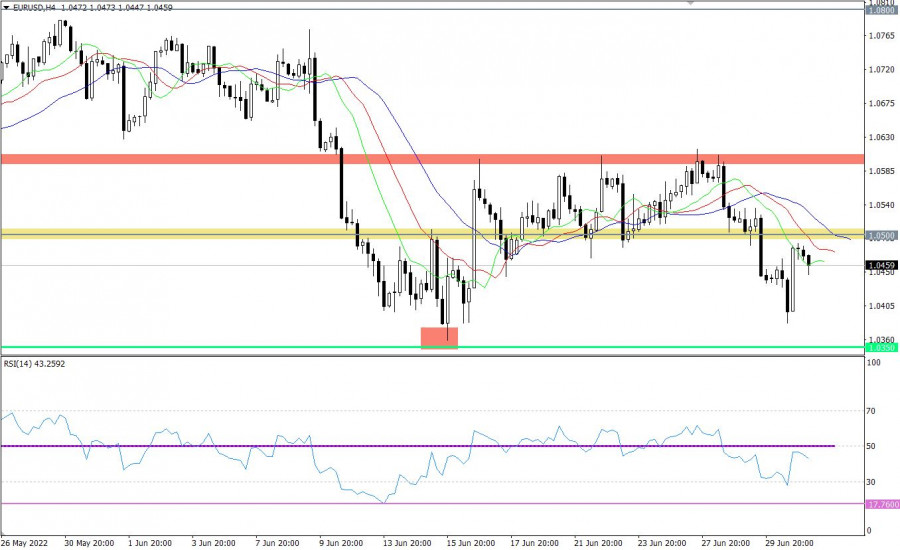