With the Federal Reserve hoping to slow the pace of rate hikes next month and into 2023, retail investors have become increasingly interested in gold.

However, Wall Street analysts are not convinced that gold is ready for a breakout, and many expect prices to trade in a sideways range in the near term.

According to RJO Futures senior market strategist Bob Haberkorn, despite growing interest in gold, prices will stagnate near current levels as a new catalyst is needed to push the price above $1,800 an ounce.

"Everyone is focused on the Fed and how high interest rates are going," he said. "I think gold will remain fairly sideways until that Fed decision. I think gold will be a boring market until then."

Last week, 16 Wall Street analysts took part in the gold survey. Among the participants, seven analysts, or 44%, were neutral about gold. At the same time, six analysts, or 38%, are bullish for the current week, and three analysts, or 19%, are bearish on prices. 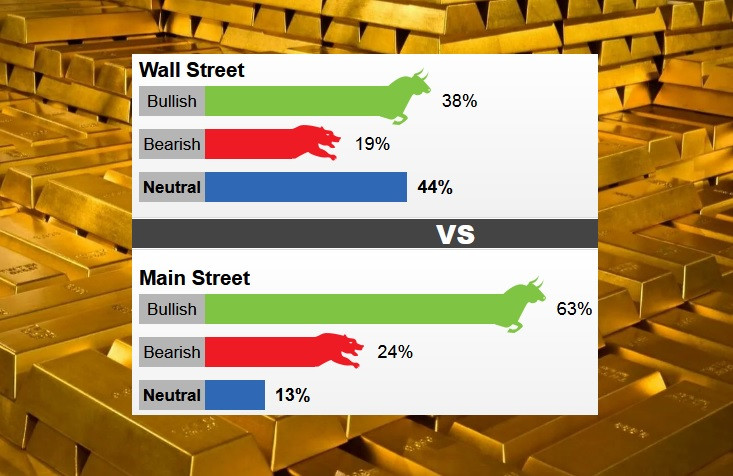 Not only are retail investors extremely bullish on gold, but last week's survey participation jumped to its highest level since the end of September.

Along with the Federal Reserve's monetary policy, some analysts have said they are currently biding their time to see how US dollar flows affect gold prices. Economists noted that the US dollar index is trading at a critical turning point near 106 points, and further weakness will be positive for gold.

"Gold appears to have turned a corner with U.S. treasury yields and the U.S. dollar backing off, enabling its role as a store of value in turbulent times to come back to the forefront," said Colin Cieszynski, chief market strategist at SIA Wealth Management. He remains bullish on gold as he expects the US dollar to peak.

However, other analysts are not convinced that the US dollar is heading down, especially since expectations that the Federal Reserve will raise interest rates above 5% early next year remain firm.

"I am looking for higher rates and a stronger dollar to allow gold in the cash market to test $1,720–$1,730," said Marc Chandler, managing director of Bannockburn Global Forex. 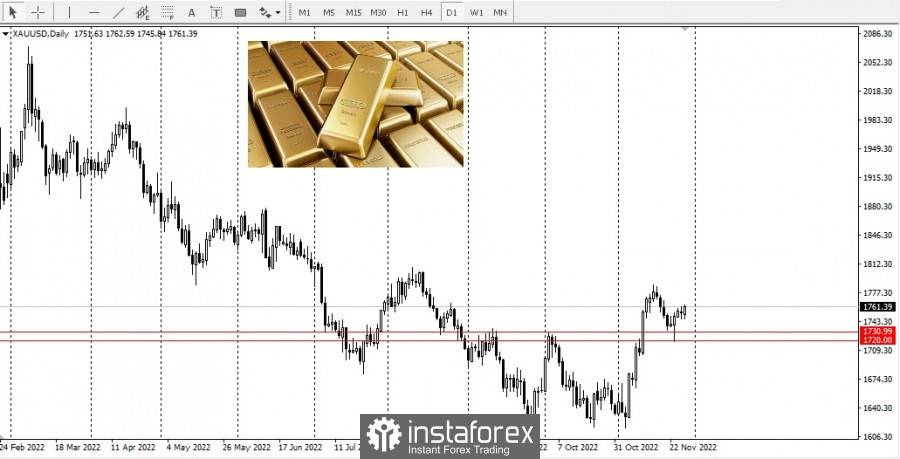 Adrian Day, president of Adrian Day Asset Management, said some consolidation in gold would be healthy after the precious metal's solid gains since the start of the month.

"Gold needs to rest," he said. "Absent a new development, gold will likely be relatively unchanged next week. As we get closer to the next Federal Reserve and European Central Bank meetings in mid-December, the market will be looking for signs of a slowdown or even pause in tightening and that will boost gold again."