Forex Analysis & Reviews: Protests in China and negative sentiment in the oil market 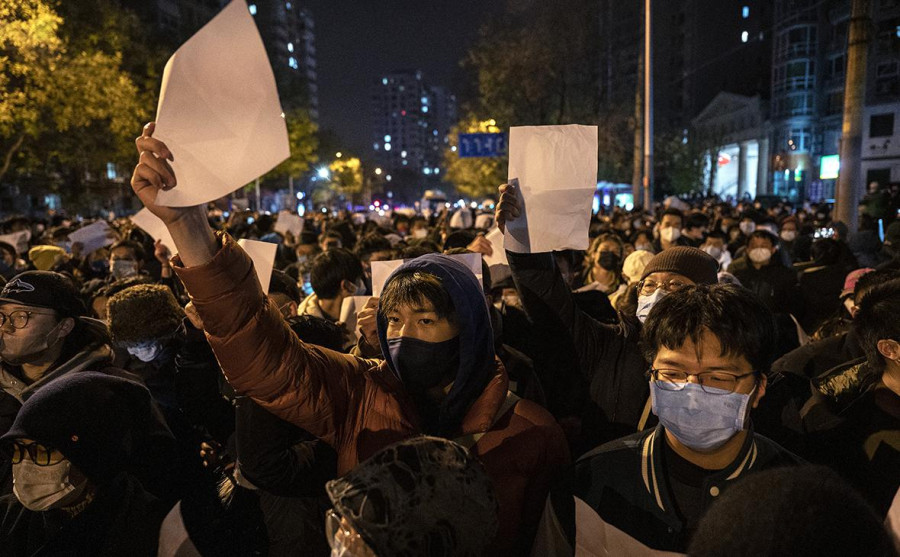 Oil continues to fall on Monday, helped by news about the ongoing protests in China against quarantine restrictions.

The price of futures contracts of Brent crude oil for January 2023 delivery on London's ICE dropped below $82 per barrel, down from the previous session's closing price.

West Texas Intermediate crude futures for January fell by 3.17% down to $73.88 per barrel in electronic trading on the New York Mercantile Exchange.

China continues to pursue a policy of strict quarantine restrictions at home, even though most of the world has already lifted restrictions on its residents. People are clearly tired of endless travel bans, so protests were held in cities across China, including in the capital Beijing, in Shanghai, Xinjiang and even in Wuhan, where a new type of coronavirus was first identified in 2020.

Crowds took to the streets in Xinjiang's capital of Urumqi on November 25, chanting "End the lockdown!" and pumping their fists in the air. Hundreds of videos from the scene quickly circulated on social media.

By the way, the lockdown in Urumqi has been in effect since the beginning of August, which is more than a hundred days. At the same time, in the entire Uygur Autonomous Region, less than a thousand new cases of coronavirus were registered on November 25, of which only twenty turned out to be symptomatic.

The protests began after a fire in a residential high-rise in Urumqi on November 24 killed ten and injured nine as the building was under lockdown due to China's zero-COVID policy.

Fences are used in China to restrict the movement of people. In addition, thoughts are spreading among the residents that the occupants of the burning building could not leave due to quarantine restrictions.

It is worth noting that all this discontent about the lockdowns is not the first time in recent weeks in China. In late October, there were reports about the demonstrations and clashes with the police in the capital of the Tibetan autonomous region - Lhasa, where a lockdown had been in force for about three months. And in mid-November, protests and clashes with police took place in Guangzhou, where there was a strong outbreak of coronavirus.

Thus, oil prices are under significant pressure. The world's largest importer of oil is experiencing economic and political turmoil, which causes concern about the demand for fuel in the country.

Thus, car traffic has already dropped sharply. For example, on Monday in Beijing, traffic was down 45% from a year ago. Kpler estimates that the demand for oil in the country may fall to 15.11 million barrels per day, although a year ago it was at 15.82 million. However, given the protests in the country, this forecast may even be optimistic.

Against this background, all discussions about the price ceiling for Russian oil and possible supply disruptions do not seem as frightening as they did just a couple of days ago.

Oil bulls may have another reason to worry. The U.S has granted Chevron a "limited" license to resume certain oil activities in Venezuela. No, this is not to say that the country's giant reserves are about to flood the market. This license refers only to Chevron's own projects, which it had before the sanctions. At the most, that's 200,000 barrels a day. By the way, Chevron's share of Venenzuelan crude production was only 15,000 before the U.S. ordered the total cessation of its drilling operations in 2020. However, this trend can be set.

Indeed, this does not mean that oil quotes will now fall for a long time. China's quarantine restrictions are likely to be lifted soon, and the OPEC will not hesitate to do so. Many people want to hear about production growth ahead of the embargo. The cartel's plans will be announced as early as this Sunday.

It is also impossible not to mention that the US dollar is strengthening, which reduces the appeal of oil investments and increases the likelihood of a more significant tightening of restrictions by the Chinese authorities.