Markets prefer to shoot first and then think later. Otherwise, they would miss the moment. When ECB President Christine Lagarde said that central banks should pursue policies that would anchor inflation expectations, investors began to buy the euro with renewed vigor, pushing EURUSD quotes to the highest levels since June. In reality, however, Lagarde's phrase does not guarantee that the deposit rate will rise by 75 bps in December. No matter how this shot turned out to be a blank.

The logic of investors selling the U.S. dollar is clear: inflation is slowing and will continue to do so, which means the Fed does not need to take giant steps down the road of tightening monetary policy. The factor of an aggressive federal funds rate hike, along with U.S. exceptionalism and high demand for safe haven assets, was the key driver of the EURUSD rally. If the ECB starts to catch up with the Fed, the dollar has one less trump card to play.

Lately, the macrostatistics of the euro area has been pleasantly surprising, which is reflected in the growth of the index of economic surprises. It is quite possible that the currency bloc will either manage to avoid recession or the recession will be quick and insignificant. It looks like the U.S. is not as far from the eurozone as previously thought. A change in investors' outlook on the matter has given EURUSD a helping hand. 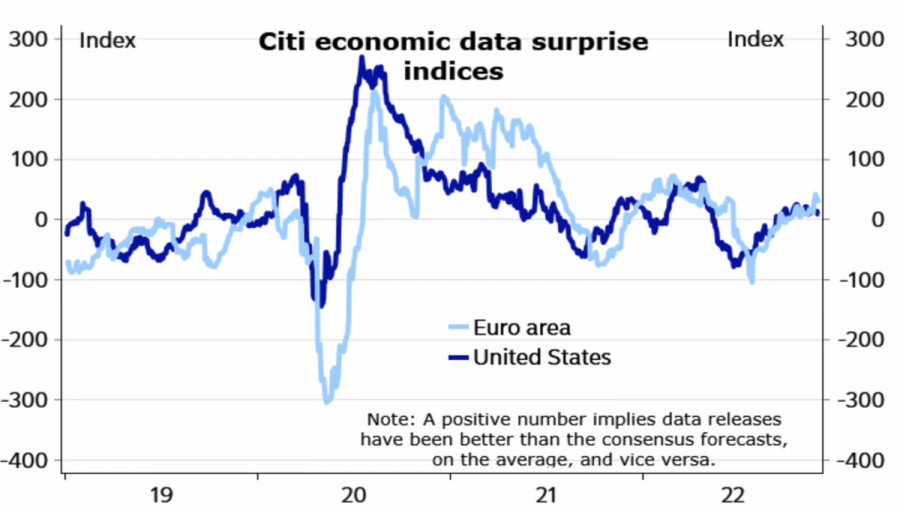 In fact, the U.S. dollar has only one trump card left—its status as a safe-haven asset, and even that fails. When the yield of Treasury bonds grew, the competitors of the grenback in the face of gold, yen and franc were in disgrace. However, the decline in interest rates on debt has turned them from outsiders into favorites. As a global recession approaches, investors will no longer park their money in North America, but will prefer Japan, Switzerland, or a perpetual asset.

Jerome Powell had a chance to turn things around. Had he voiced his dissatisfaction with financial conditions, the EURUSD pair would hardly have been able to soar above 1.05. The weakening of the latter makes it difficult for the Fed to fight inflation, but the central bank also seems to believe that the PCE will continue to slow.

Dynamics of financial conditions in the USA 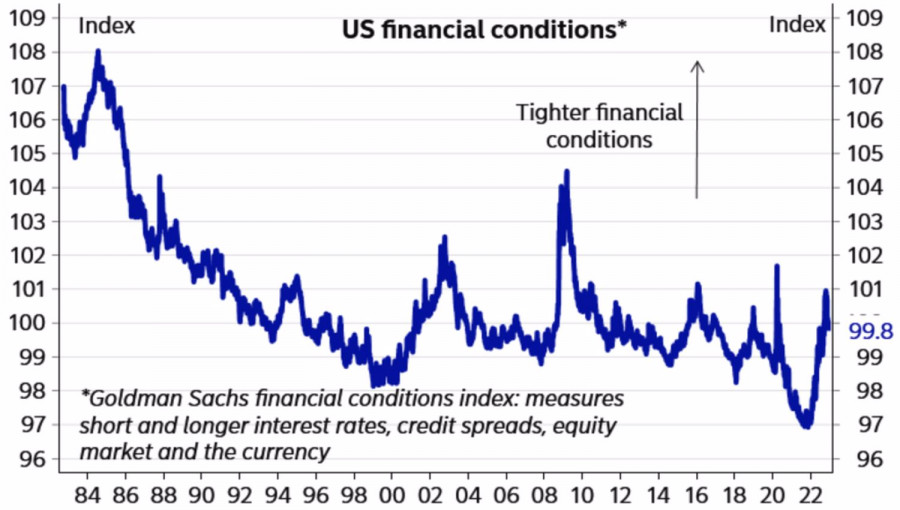 Unlike Lagarde, who believes that the global economy is entering an era of volatile inflation. That is why central banks should anchor inflation expectations at the target level of 2%. Households must trust that their work will lead to price stability. That's the only way to win. 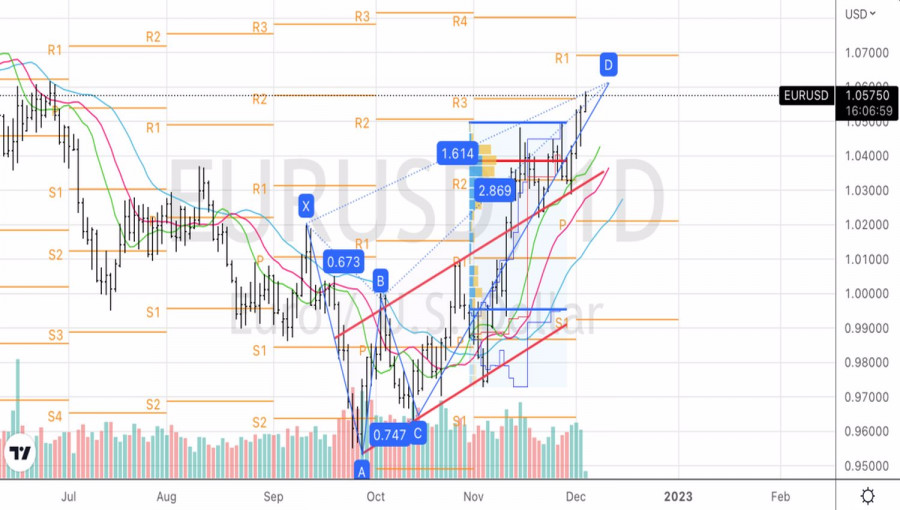 Volatile inflation makes it doubtful that EURUSD will continue to go further upward in the same way as in October and early December. Most likely, it will be stormy.

In technical terms, the euro approached the target by 161.8% by the Crab pattern within an arm's length. It is located near the $1.061 mark. A rebound may follow from it or from the 1.057 pivot point, which will allow to partially take profits on the longs formed above 1.0395. Subsequently, we use pullbacks to buy EURUSD.