The Reserve Bank of Australia will hold its last meeting of the year on Tuesday, December 6. It is by no means a passing meeting, so the AUD/USD pair may experience increased volatility.

The previous signals are contradictory, so a certain intrigue regarding the results of the December meeting remains. However, in anticipation of this event the market has already formed its position with regard to the base case scenario. Thus, according to the opinion of the majority of experts polled by Reuters, the RBA this month will increase the rate by 25 points—the same as at the previous two meetings. There is a consensus on this issue, while further prospects for tightening monetary policy already look vague.

At the very least, analysts' opinions regarding the pace of the rate hike after the December meeting differ. For example, 12 of 30 economists surveyed said that in the first quarter of next year, the RBA will increase the rate by a total of 50 points, 11 predicted a 25-point hike, while six analysts do not expect any steps in this direction from the RBA. 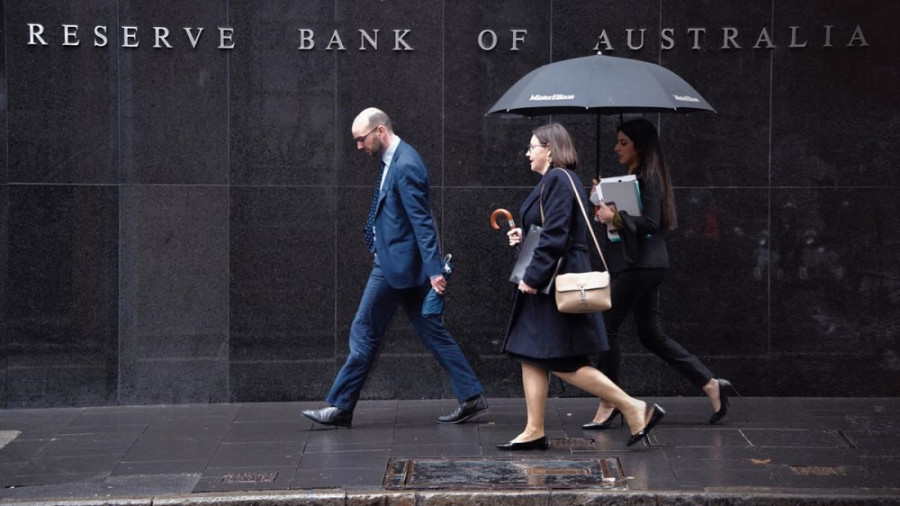 In general, at the end of the first half of 2023, many of the experts surveyed (15 of 29) see an interest rate level of 3.60% "or higher," while 14 analysts said the rate would be below 3.6%. At the same time, some of them admit the option of the RBA taking a wait-and-see approach after the December meeting, which means that the rate will peak at 3.10%.

Note that the Reserve Bank of Australia is gently and gradually leading traders to the fact that the regulator may indeed take a pause in rate hikes for the foreseeable future. In particular, the minutes of the latest RBA meeting indicate that members of the regulator simultaneously do not rule out two scenarios: they can either return to a 50-point rate hike, or suspend the process of tightening monetary policy.

Judging by the opinion of the absolute majority of experts, the market is highly skeptical that the RBA can return to the aggressive pace of rate hikes. Market participants are more likely to be ready for an alternative option, according to which the RBA will take a break after the December or February meeting (when the Central Bank would have Q4 2022 data on inflation growth in Australia).

RBA Governor Philip Lowe and his subordinates are also gradually preparing the markets for the implementation of a conditionally "dovish" scenario. In particular, Deputy Governor Michelle Bullock said back in November in the Senate of the Australian parliament that the regulator is approaching the moment when it will be possible to pause and look around. In turn, the head of the central bank, speaking last Friday at the Bank of Thailand's economic conference in Bangkok, said that inflation expectations in Australia remain under control, and the RBA's decision to slow the rate increase reflects the lagging effects of monetary policy. At the same time, he added that the Australian regulator seeks to slow down inflation "without having too much negative impact on the economy."

The latter thesis, in one form or another, was repeatedly voiced by Lowe and his colleagues. And recently, this message is sounding more and more often, and so to speak, "louder" (accents are set accordingly). At the same time, each Australian macroeconomic release is considered by the market through the prism of these signals.

For instance, last week, AUD/USD traders reacted rather strongly (more aggressively than usual) to a disappointing retail sales report which otherwise would have been ignored by the market. Consumer Spending in Australia was unexpectedly in the red, showing a contraction of 0.2% (instead of the forecasted 0.5% growth). Of course, the release itself reflects negative trends, but in this case, the published report was taken by the market as another argument in favor of a possible pause in the process of tightening monetary policy.

Thus, the outcome of the December meeting of the RBA may turn out soft. The 25-point interest rate hike is already fully factored into current prices—this decision is likely to be ignored by the market. The market's attention will be focused on the rhetoric of the accompanying statement and on Philip Lowe's statements. If the RBA leadership "outright" allows a pause for a rate hike in early 2023, the Aussie will be under pressure, despite all prior hints about it. Judging by the results of the above-mentioned Reuters poll, most experts are still confident that the RBA will raise rates in the first half of 2023, even at a slow pace.

Given such uncertainty, it is most reasonable to take a wait-and-see attitude for the AUD/USD pair until the RBA's verdict is pronounced.