Forex Analysis & Reviews: Reasons for the rapid rally in GBPUSD

A tectonic shift is taking place in the financial markets: the slowdown in inflation allows central banks to talk about the approaching end of the tightening monetary policy cycle. And the leader, as usual, is the Fed. The rest follow suit, with their currencies benefiting from the associated weakening of the U.S. dollar. As a result, even amid a recession in the British economy, the GBPUSD managed to soar to June highs. Even the impressive U.S. employment report didn't help the bears.

The acceleration of average wage growth in the three months to November from 3.9% to 5.8% convinces us that it is the labor market that will become the main focus of inflation in the near future. As a result, hopes for a slowdown in the U.S. in 2023 may be futile. The same is true for Britain, which also has a strong labor market. According to Bank of England Governor Swati Dhingra, there is little indication that demands for wage increases could lead to a slowdown.

Inflation dynamics in the USA, Eurozone and Britain 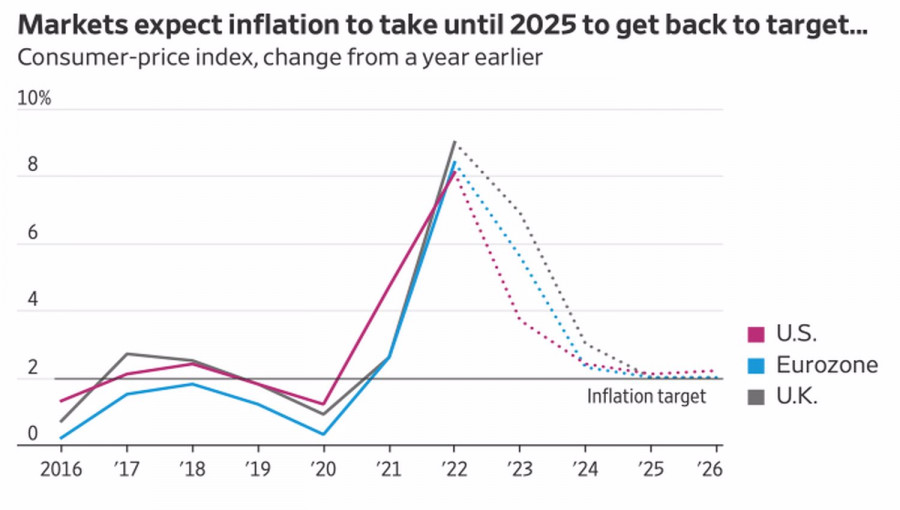 At the same time, unlike the Fed, which officially changed its position and now takes into account the bilateral risks of high inflation and recession, there are many opinions in the Bank of England on this matter. The MPC "hawks" believe that the repo rate should continue to rise aggressively amid the highest inflation rate in decades. The "doves," including Swati Dhingra, warn that higher borrowing costs will deepen the economic downturn and prefer to slow down the pace of monetary restrictions.

In my view, the rest of the central banks, including the BoE, will soon run after the Fed, reducing the pace of rate hikes. Moreover, the growing risks of a more serious recession have the futures market forecasting lower rates in 2023. 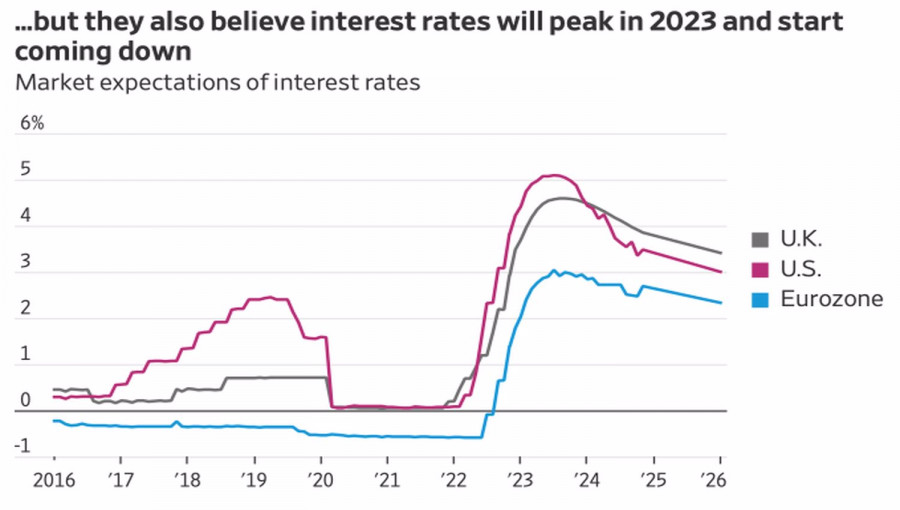 The transition from one regime to another is accompanied by the rebirth of G10 currencies. Favorites turn into outsiders. The latter, on the contrary, become the former. In this regard, there is logic in the rapid fall of the U.S. dollar. It was the American currency that dictated its terms in 2021–2022, and looked like a king in Forex. Now it's time to get rid of it. 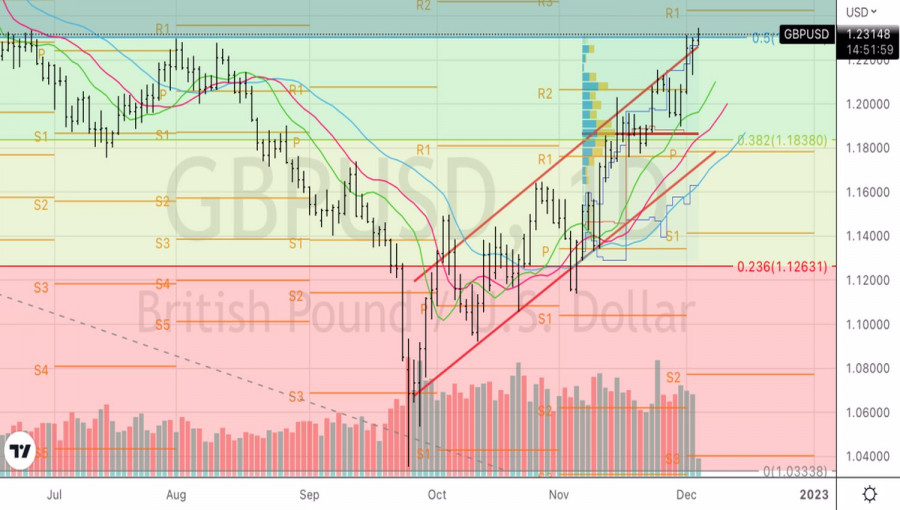 This global process leads to the fact that even the pound, which has a weak economy behind it, becomes a beneficiary. The Confederation of British Industry expects UK's GDP to decline by 0.4% in 2023, although the previous forecast included +1%. At the same time, the authoritative organization is scaring a decade of loss of growth if the government does not take action on tax incentives for investments, the protocol on Northern Ireland to reduce the workforce.

In technical terms, the GBPUSD upward trend is gaining momentum. Both strategies of short-term selling from 1.203 and medium-term buying from 1.2125 have worked out. We hold longs and partly fix profit in case of a rebound from the 1.243 pivot point or a drop below support at 1.23.