Еhe AUD/SGD currency pair is not among the ones actively traded on Forex. It is the cross currency pair, which is not paired versus the U.S. dollar. Despite this fact, the dollar still has a considerable impact on it. If you combine two price charts - the AUD/USD and USD/SGD, you will reveal this relation and get an approximate AUD/SGD chart.

The U.S. dollar has a great influence on both currencies comprising the currency pair. This is why you should stay abreast of the major economic indicators of the USA so that to make accurate forecasts of future price changes of this trading instrument. The following indicators are important to keep track of: the country’s economic growth, discount rate, unemployment rate, new jobs figures, etc.

It is worth noting that the currencies’ prices can move at different rates in response to the news of the U.S. economy, so the AUD/SGD is considered to be an indicator of the rate of change of these currencies.

The AUD/SGD is an exotic-cross. As a rule, the pair witnesses slow movements in its exchange rate. Currently, the Singapore dollar is one of the most stable currencies worldwide. The economic situation is marked by fairly low inflation rates and the predominance of exports over imports with high level of foreign exchange reserves.

Singapore is said to be a developed industrial country with high living standards and robust economy.  The country is so highly developed by virtue of its favorable geographical position at the crossroads of main global shipping routes, which opened doors for Singapore to actively trade with all the major economies in the world. Currently, Singapore’s chief exports include consumer electronics, information technologies, pharmaceuticals, shipbuilding products and financial services. The economic situation of the country and the national currency is strongly dependent on exports.

Singapore has a highly developed economy included in the group known as the Asian Tigers.  This is due to its economy standing on a level with such major nations as the U.S., Germany, France, Great Britain, etc.

This trading instrument is considered to be quite illiquid as compared with the majors, such as: the EUR/USD, USD/CHF, GBP/USD and USD/JPY. Therefore, when you forecast the future trend of the currency pair, you need to pay attention to the major currency pairs, which include the U.S. dollar.

If you want to trade cross currency pairs, it is necessary to bear in mind that brokers’ spread is often higher for cross rates than for majors. Thus, you’d better read and understand the trading terms offered by the broker before you start your cross rate trading. 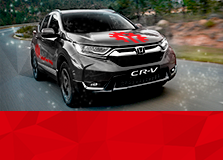