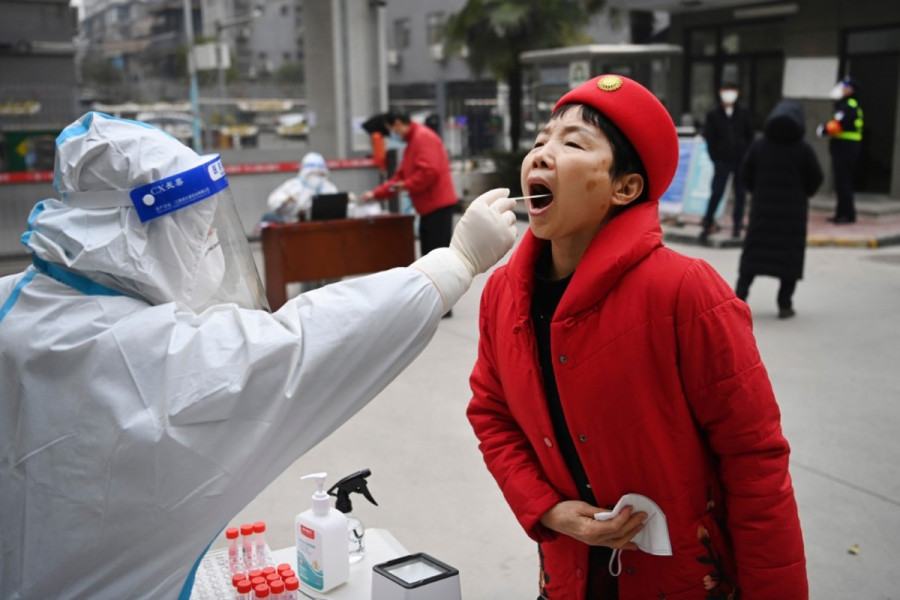 China's economy continues to slide into the abyss, increasing the risk of a global recession. It is not surprising that now literally the whole world is breathlessly waiting for the end of lockdowns in China.

According to the latest data, the Chinese economy contracted sharply in April due to increased quarantine measures in connection with a new outbreak of COVID-19. Some indicators have fallen to the worst levels since the beginning of the pandemic.

First of all, this concerns the volume of industrial production. According to the results of last month, it decreased by 2.9%, while economists had predicted an increase of 0.4%. This is the strongest drop in the indicator since February 2020.

At the same time, retail sales decreased by more than 11% in April. For comparison: in March, the indicator decreased by only 3.5%.The current decline is significantly worse than the forecast (6.6%) and corresponds to the drop that was observed in March 2020.

At the same time, the biggest losses in April were suffered by the Chinese car market. Car sales fell by 47.6% last month compared to the previous year.

Also, the expansion of lockdowns has caused serious damage to the Chinese labor market, which local authorities consider a priority for economic stability.

Last month, the unemployment rate in China jumped to 6.1% from 5.8% recorded in March. At the same time, the most critical situation is observed now among the young population.

Full or partial lockdowns were introduced in dozens of Chinese cities in March and April. However, the prolonged quarantine in Shanghai caused the greatest damage to the world's second largest economy.

Restrictive measures in the largest trade and financial center of China have been in effect for more than six weeks. This has seriously disrupted many global supply chains.

However, the first positive news finally came from China this morning. Shanghai officials have announced that the epidemic in the city is under control. The number of new cases of the disease continues to decrease.

According to the latest data, 1,369 patients with COVID-19 were identified in Shanghai, compared with 1,681 recorded a day earlier.Thanks to the improvement of the situation, starting from Monday, some shopping centers, pharmacies and hairdressers of the metropolis will be able to resume their work.

However, it is still too early to talk about quarantines being completely lifted in the city. In order for Shanghai residents to return to normal life, it is necessary to completely eliminate cases of the disease outside the quarantine zones.

This is required by the strict zero tolerance policy for COVID-19, which the Chinese government continues to adhere to.

At the moment, cases outside the quarantine zones have been eliminated in 15 of the 16 districts of Shanghai. Therefore, many restrictions will continue to operate in the city in the near future.

Shanghai intends to return to normal life by June 1. By this time, the city authorities want to open many enterprises and resume transport links with other areas of China.

It's too early to rejoice

While Shanghai is approaching zero coronavirus infections, Beijing continues to struggle with a small but steady outbreak of infection.

On Sunday, the capital's authorities recommended that enterprises in four districts of the city, including the largest Chaoyang District, transfer workers to remote mode.

Given the difficult situation with the coronavirus in Chinese cities, analysts predict further retention of lockdowns across the country.

Despite the growing economic crisis in China, not a single high-ranking Chinese official now speaks out against the current state policy of combating COVID-19.

According to experts, China will stick to its tactics until the congress of the ruling Communist Party, which traditionally takes place in the autumn.

Such a scenario reinforces concerns about a significant downturn in the Chinese economy in the second and third quarters, which makes the government's ambitious goal of 5.5% GDP growth this year even more unattainable.