When GBP/USD tested 1.2068, the MACD was far from zero, so the downside potential was limited. Sometime later, the pair tested 1.2092, during which the MACD line had just started to move above zero. This was a good signal to buy, and prompted a price increase of more than 35 pips. No other signals appeared for the rest of the day. 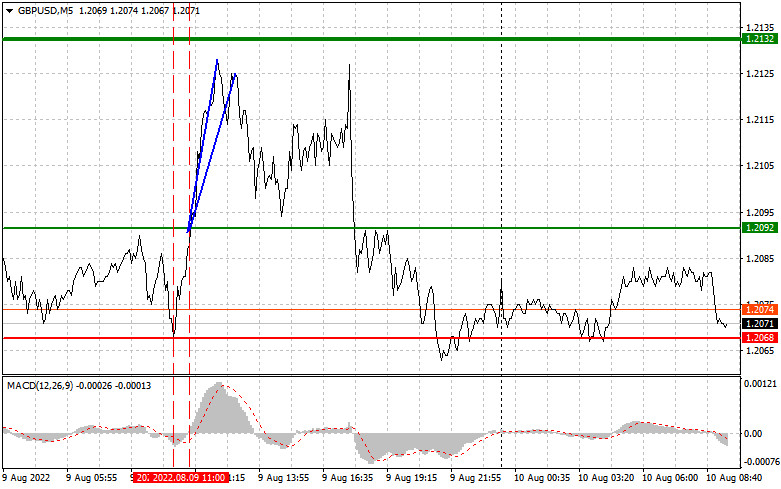 Today promises to be another calm day as there are no statistics scheduled to be released in the UK, and it is unlikely that investors will act aggressively before the release of the July inflation report in the US. Most probably, GBP/USD will trade horizontally.

With regards to the speech of MPC member Huw Pill, it will not have any impact on the market because everyone will focus more on the upcoming US inflation report. If the figure rises more than expected, demand for dollar will leap, while pound will fall once again. But if there are signs of a decline, risk appetite will boost, which could lead to an increase in the pair. Data on the volume of stocks in US wholesale warehouses will be of little interest to the market.

Sell pound when the quote reaches 1.2061 (red line on the chart) and take profit at the price of 1.2031. Pressure will increase if the US reports that the July inflation data rose. 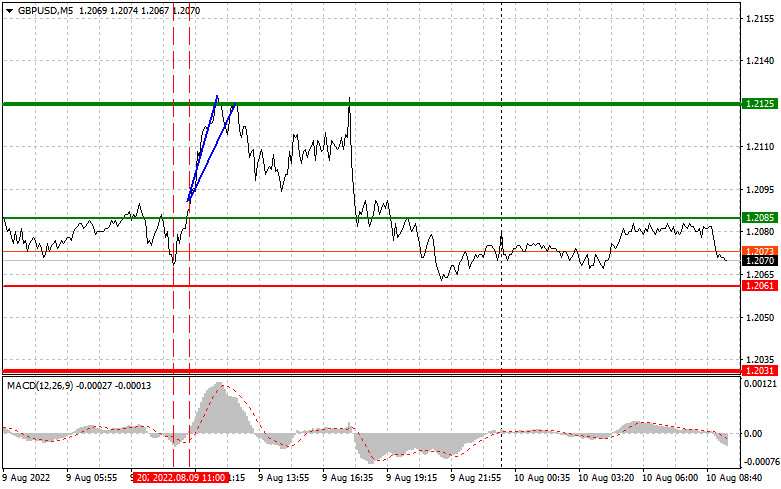