Forex Analysis & Reviews: EUR/USD. The Fed to set the stage for longer drop in USD in 2023 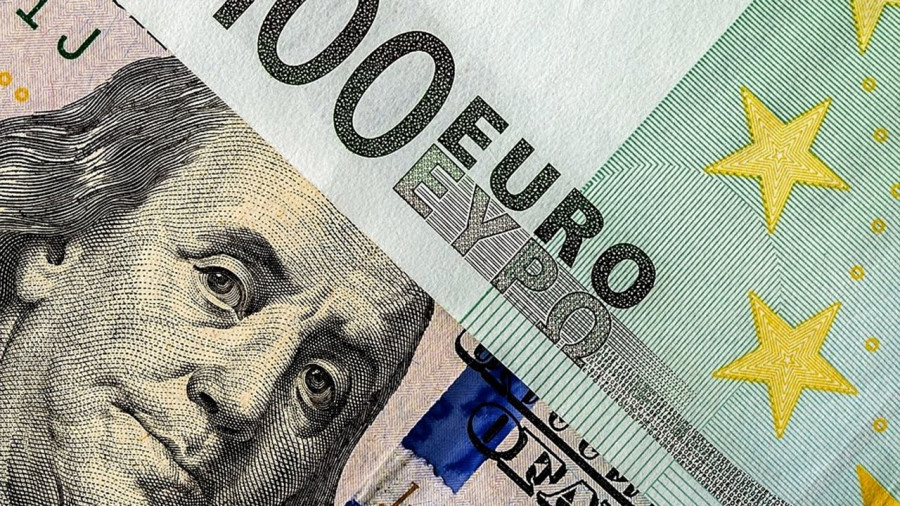 The euro seems to leave its lows behind. What does the EU currency await next year?

In 2022, the energy crisis affected the EUR/USD pair significantly. It triggered the strongest collapse of the European currency. According to analysts, the peak of fears about the energy crisis in the eurozone has passed. There are reasons for optimism now.

"Outside of an unseasonably harsh winter, the energy situation in Europe looks manageable given the securing of alternative energy supplies and double-digit energy demand erosion. The drawdown of critical stocks is already progressing better than feared," NatWest reported.

The key factor for the euro/dollar pair exchange rate should continue to be seen primarily through the lens of the balance of payments and terms of trade shift driven by energy prices.

The trade deficit has worsened this year. The cost of energy imports skyrocketed after Russia cut gas exports to the region. As a result, the region's current account became deficit for the first time in years.

"There is potential for earnings and holdings to be repatriated if the USD strengthens further," the experts noted.

However, winter has just started and it is too early to make any conclusions. If temperatures in Europe fall below critical levels, investors may focus on the supply problem again.

In December, a sharp cold snap is expected in the region, which could lead to a noticeable increase in consumption.

"The winter may turn out to be colder than average, but it's impossible to have that as a base case. Yet valuations appear to include an unrealistically high probability of such a risk case," NatWest added.

It is unlikely that cyclical lows in the EUR/USD pair will be revised next year. Its decline should also be limited to a rebalancing of central bank reserves. The rebalancing should occur to the detriment of the greenback and to the benefit of currencies such as the euro.

This could mean that market players will have to sell USD to buy other currencies in their reserves every time the US currency rallies.

The downtrend for the dollar is inevitable, it is a question of timing. In the coming months, its exchange rate is expected to fall as the peak of the Fed's rate hikes is reached.

On Thursday, the EUR/USD pair attempted to stabilize above 1.0500. The technical picture suggests that buyers maintain control over the market in the short term.

On Thursday, markets expect the weekly US labor market data. Traders are likely to ignore this report. This means that the EUR/USD pair's direction will be driven by the market sentiment with regard to risk.

The growth of the major US indices will hinder the upward trend of the US dollar, which will help the EUR/USD pair to rise. A negative shift in sentiment will have the opposite effect on the quote.

The list of events for the euro includes a speech by ECB head Christine Lagarde at a virtual conference. However, we should not expect any important statements on the prospects of rates, as the ECB is in silent mode ahead of next week's monetary policy meeting.

Thus, risk appetite will have a huge importance for the short-term outlook. 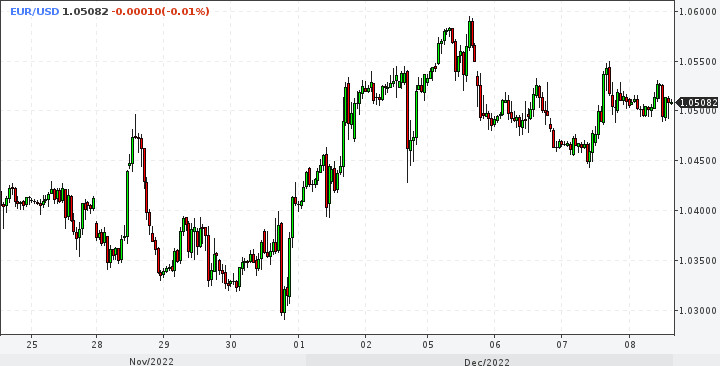 Bulls need to protect the level of 1.0450 to prevent the bearish scenario.

Since no fundamentally important events are expected in the short term, investors are again focused on recession risks. This now helps keep the greenback from falling.

On Thursday, the US dollar index fixed above 105.00, continuing to rise this week and benefiting from risk aversion in the market. Support was also provided by speculation that the Fed will continue to raise rates and hold them higher longer after the release of unexpectedly strong US employment, services, and manufacturing data.

Now traders are waiting for data on CPI in the US to be released next week, as well as the Fed meeting, where a more moderate rate hike of 50 bps is expected.

In general, the US dollar looks oversold, it has experienced its strongest monthly drop since 2009. A correction is possible in the coming weeks. However, it will resume its decline next year. Prerequisites for a longer fall in the exchange rate may be created by the Fed.