Christmas in Liverpool by InstaForex 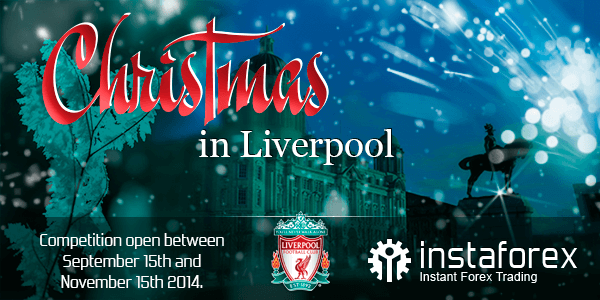 We are glad to announce that the Christmas in Liverpool campaign that has been held for 2 months within the partnership with Liverpool Football Club is over. The Liverpool number which was generated by the 5 last digits of 5 major exchange rates was fixed on November 14 at 23:59. Thus, the Liverpool number is 59818.

Winners were determined on the basis of a random number generator. A lucky number was formed of the last five digits of the 5 majors’ rates.


Three winners whose accounts were the closest to the Liverpool number and met the campaign’s requirements were determined. The winning accounts are 7360884, 1356740, and 1355978 belonging to Gabil Agaev (Russia, Rostovskaya obl.), Norhafizah Binti Abu Bakar (Malaysia, Kedah), and Pavel Pupko (Russia, Saint-Petersburg).

We warmly congratulate Gabil, Norhafizah Binti Abu Bakar and Pavel on their winning and wish them to have great Christmas holidays in one of the most beautiful European cities and to achieve even greater success together with InstaForex!


Your Trading Powered by InstaForex, Your Passion to Football Powered by LFC

How Liverpool-number is being generated?