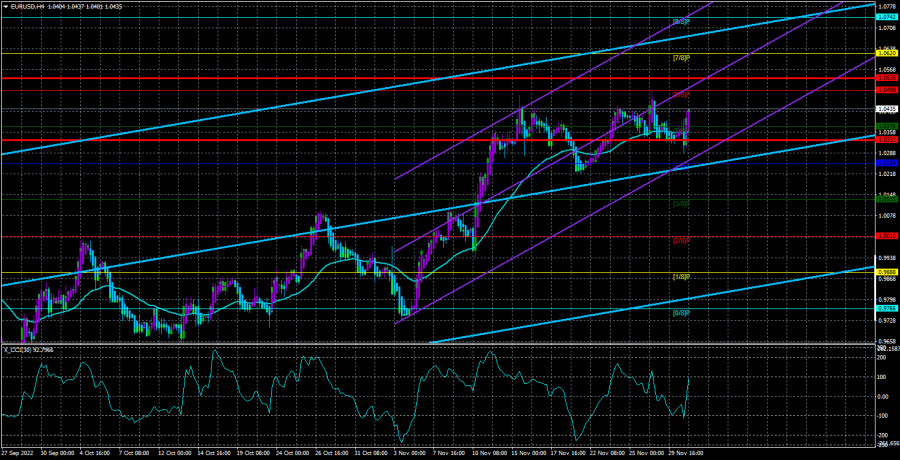 On Wednesday, there was no movement in the EUR/USD currency pair. We wouldn't have been shocked if this situation had occurred on Monday or Tuesday because there hasn't been a single significant event or report published lately. On Wednesday, there were a ton of macroeconomic statistics. Still, traders paid no attention to the report on European inflation, although it was just as alarming as the last one on American inflation, which sparked this rally. Yet again, we are convinced that the impact of European statistical data on trader sentiment is minimal. But the main point is that quite significant reports from abroad were disregarded yesterday. The ADP report could cause a market reaction if everything in the GDP report is clearer because such reports always come out with three estimates. After the first estimate, it is clear what to expect from the value for a particular quarter.

And it's puzzling why the market didn't find anything interesting in them when we consider all the information and data received. As a result, the pair is still relatively close to the moving average line, and it is still determining the direction of its future movement. For the past week and a half, we have been anticipating a significant downward correction, but this calls for a fix that is at least below the moving average. Formally, the consolidation was visible on Tuesday, but 20 points hardly qualify as a confident result. We focus on the second rebound from Murray level "6/8"-1.0498. Two rebounds from this level could signal the start of a corrective movement. As you can see, traders were unmoved by yesterday's data, so we now have to wait for Friday's nonfarm payrolls and unemployment figures.

In the third quarter, US GDP increased.

Since the GDP report typically includes three estimates, as we mentioned above, traders know what to expect before the second or third estimate is released. However, yesterday's report caught some people off guard because, contrary to expectations of +2.6–2.7% q/q, the actual value was 2.9%. This strong deviation should have benefited the value of the US dollar. Not only was the EU inflation report disregarded, but so was a rather significant GDP with an unexpected value. Even the ADP report received no response. Therefore, even though we think traders still have access to the factors supporting the US currency, they are not yet eager to repurchase the dollar.

As a result, the third quarter of the American economy displays very positive dynamics and can easily compensate for the "disadvantages" of the first two quarters. If this occurs, the Fed will have many more opportunities to raise interest rates as much as it wants. It is again good for the dollar because if inflation stops falling, the Fed will still have opportunities to tighten monetary policy more than expected. It will then become very difficult to talk about a recession in the US economy. Additionally, the fact that there isn't a recession is excellent news for the American economy. Similar to how it is for every other economy in the world. For instance, it is unlikely that the European economy will be spared from such "happiness." Additionally, a slower inflation rate in the Eurozone might encourage the ECB to raise the key rate gradually over the next few months. The euro currency may experience the same fate as the dollar, which has been declining for several months due to the Fed's potential decision to raise interest rates more gradually than previously. Although there are more and more signs pointing to a new rise in the dollar's value, more precise technical signals are still needed to test this theory. We will only analyze Jerome Powell's speech today because it is crucial to know how the market will respond. 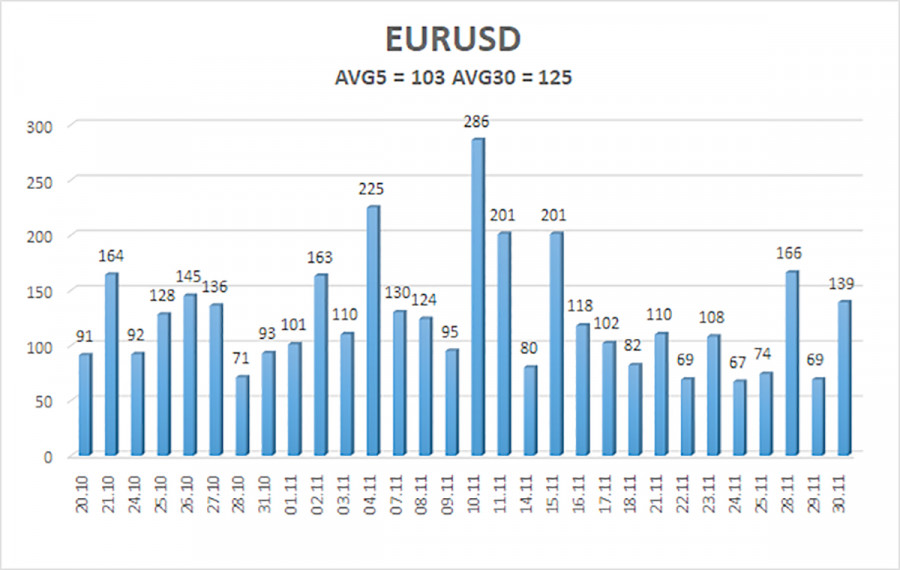 As of December 1, the euro/dollar currency pair's average volatility over the previous five trading days was 103 points, considered "high." So, on Thursday, we anticipate the pair to fluctuate between 1.0331 and 1.0538 levels. The Heiken Ashi indicator's turning downward indicates a new phase of the corrective movement.

The moving average line (settings 20.0, smoothed) determines the short-term trend and the direction to trade now.