Forex Analysis & Reviews: USD/JPY. Is the Bank of Japan changing the rules of the game?

The USD/JPY pair hit a new 3.5-month low on Thursday, falling to the base of the 135th figure. Traders reacted to the sudden change in the fundamentals. For the first time in a long time, the yen received support from the Bank of Japan. So far it's a verbal support, but it is "worth a lot".

It really is an extraordinary event: the Japanese central bank has been consistently implementing accommodative policy for many years, while voicing the appropriate rhetoric. Even this year, when central banks around the world have tried (and are still trying) to curb inflation by raising rates, the BOJ with manic tenacity still keep rates at the same level, while allowing further easing of monetary conditions. Traders haven't reacted to the dovish rhetoric of the head of the Japanese central bank and his colleagues for a long time, partly because it hasn't changed much over the years. Many currency strategists have repeatedly voiced the idea that revolutionary changes can only happen after BOJ Governor Haruhiko Kuroda leaves his post: his second term expires in April 2023, re-election is impossible. 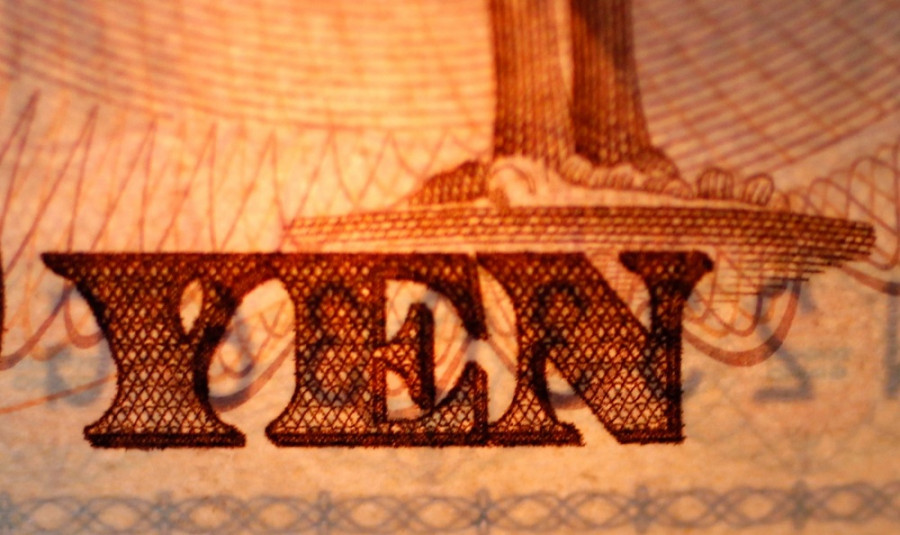 Given this background, we shouldn't be surprised by traders' reaction, who heard hawkish signals from the representative of the Japanese central bank for the first time in a long time. Asahi Noguchi said the BOJ is ready to withdraw its stimulus if inflation rates are "too high". He called this step a "preventive measure" to curb inflationary growth.

It's worth noting that inflation in Japan has been above the central bank's 2% target level for several months. But Kuroda has been persistently ignoring this fact all this time. He has repeatedly stated that the central bank needs to create conditions for "sustainable inflation" in the economy, while the increase in the growth rate of the consumer price index this year "is due to isolated factors, such as the rise in energy prices".

And here the question arises: what level of inflation will motivate members of the BOJ to apply "preventive measures"? For example, the latest inflation report reflected a record rise in key indicators. Specifically, Japan's overall consumer price index rose 3.7%, the strongest rate of growth for the indicator since 1982. The core CPI, which does not include fresh food, but includes energy prices (petroleum products), also broke a 40-year record. The Consumer Price Index, which excludes food and energy prices, jumped 2.5% year on year in October.

This report did not help USD/JPY bulls, despite the jump in major indicators. What is considered a "red line" for the BOJ? We still don't know the answer - at least, Noguchi left it out of his speech.

The USD/JPY fell also due to the dollar's weakening. Bad news for dollar bulls: the core PCE index, which is known to be a favorite inflation indicator of the Federal Reserve, was in the red zone. Thus, the growth rate of annual core PCE inflation in the US slowed to 5% in October. In monthly terms, the indicator came out at 0.2% (with a forecast of 0.3% growth).

And another troubling signal for the dollar: the ISM Manufacturing PMI for the U.S. fell to 49 points in November from a forecast of 49.8 points. The structure of the release suggests that the paid price component of the index collapsed to 43 from 46.6, the employment index fell to 48.4 from 50, and the new orders index fell to 47.2 (from 49.2).

The result was not long in coming: the greenback is now under pressure all over the market. The US dollar index continues to plunge, testing the 104th figure at the moment.

Thus, the prevailing fundamental background contributes to the pair's further decline in the medium term. In the near future, traders will play out Noguchi's statement, despite the remaining issues, so to speak, of "practical nature". Of course, Kuroda might contradict Noguchi's statement (for instance, saying he voiced his opinion and not the central bank's), but until that happens, the yen will be "skimming the cream".

The USD/JPY pair retreated from the local high of 132.92, reached at the start of the current trading week. Buyers of the pair not only failed to approach the boundaries

Market consolidation will extend until the next US inflation data

Markets continue to consolidate, showing high volatility ahead of the release of the US consumer inflation data for January, which is due out early next week. The key question

Demand for the US dollar revived but risk assets were on the back foot yesterday, unable to assert their strength. Most trading instruments remained in a range-bound market, though some

Analysts see loonie rising by the end of this year

Powell's expected speech turned out to be uninformative. Overview of USD, NZD, AUD

The main event of Tuesday, and maybe the entire week, was the interview of Fed Chief Jerome Powell. As soon as he started talking, the markets began to rush, which

EURUSD and U.S. inflation to face a bumpy path

Markets hear what they want to hear. They found no direct link in Jerome Powell's speech between the strong January U.S. jobs report and the additional hike in the federal

EUR/USD. The report on German inflation growth may cause increased volatility.

At the end of a three-day southern marathon, the euro/dollar pair remained unchanged. While there is no longer any downward momentum, EUR/USD bulls do not yet have enough justification

In the UK, the cost of living crisis affects one in every four homes.

The situation in the UK is deteriorating, while stock indices in other nations are dealing well with yesterday's hawkish speech by Federal Reserve Chairman Jerome Powell, who predicted that

On Thursday, February 9, parliamentary hearings on the Bank of England's monetary policy report will take place. Within the framework of these hearings, BoE Governor Andrew Bailey and several members