In contrast to the fact that spring is ready to give way to summer throughout the Northern Hemisphere, another winter is coming to the cryptocurrency market. The previous one lasted a very long time, from 2018 to mid-2020, when Bitcoin fell, then traded in consolidation. The scale of those collapses was even greater than at present, but now, due to the rapid growth of capitalization, they are much more noticeable. And yet, despite the pronounced "bear" market, BTCUSD buyers find reasons for optimism.

While the Bloomberg Galaxy Composite Crypto Index sank 60% from its peak in November, Bitcoin lost less. It outperforms its peers due to its fame and liquidity. Because of this, it is considered the safest of all dangerous assets in the market.

The worst month for Bitcoin in the last year was the result of falling US stock indices and problems with stablecoins, which began to cut their ties with the US dollar. Looking at this process, the likelihood of government regulation of this class of cryptocurrencies seems very high. As, however, are the chances of their complete replacement with a tool that will be supported by the government.Bitcoin Monthly Dynamics 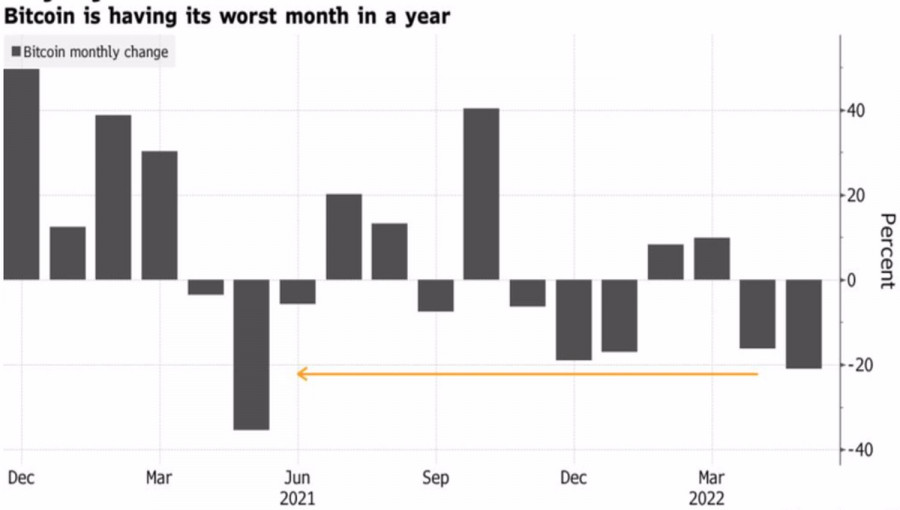 Bitcoin is a different story. Thanks to large institutional investors joining the trade in this asset and its derivatives, it has become part of the financial system. In terms of viability, this is good news for BTCUSD. However, in return, the leader of the cryptocurrency sector had to say goodbye to its uniqueness. Previously, it was perceived as a tool that allows you to diversify your portfolio. At the moment, it is a common risky asset. What's more, Bitcoin's skyrocketing correlation with the Nasdaq Composite allows it to be seen as an alternative to stocks. 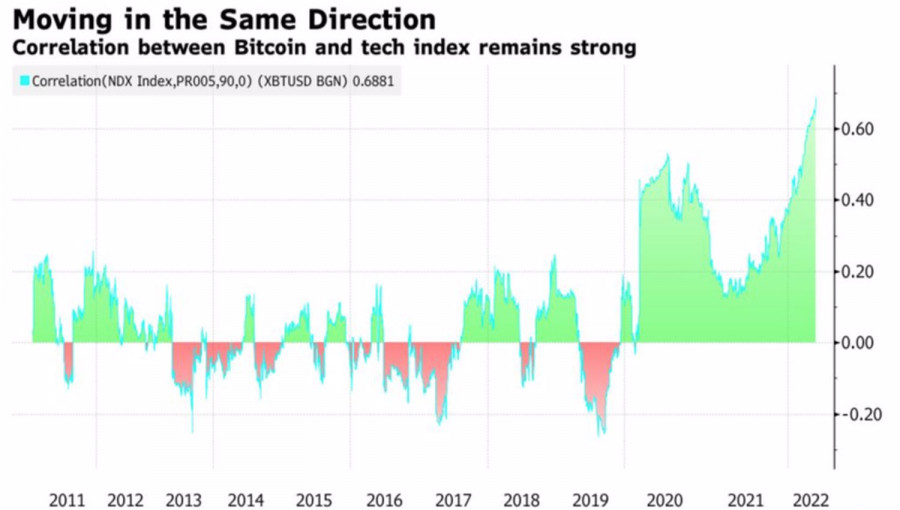 In this regard, the increased sensitivity of the leader of the cryptocurrency sector to the Fed's monetary policy becomes understandable. According to Reuters experts, the Fed will raise the federal funds rate by 50 bps in June (88 out of 89 respondents believe so), then another 50 bps in July (54 out of 89), and then reduce the rate to 25 bps. Only 18 economists expect the regulator to make a big move in September. As a result, borrowing costs will increase to 2.75% by the end of 2022, which is comparable to the derivatives market reading of 3%.

High rates of monetary restriction are fraught with a slowdown in GDP. Few believe that the Fed will achieve a soft landing. Most experts, including the leaders of large companies, consider a recession inevitable. As a result, the Nasdaq Composite moved into the bear market, pulling Bitcoin into the abyss with it.

Technically, the activation of the Broadening Wedge pattern is still possible, although the likelihood of such a scenario is fading every day. Even if the BTCUSD bulls manage to storm the resistance at 31,050, a break of 34,300, where point 2 is located, is required to form a reversal pattern. Recommendation: from short-term purchases, one should move on to medium-term sales. 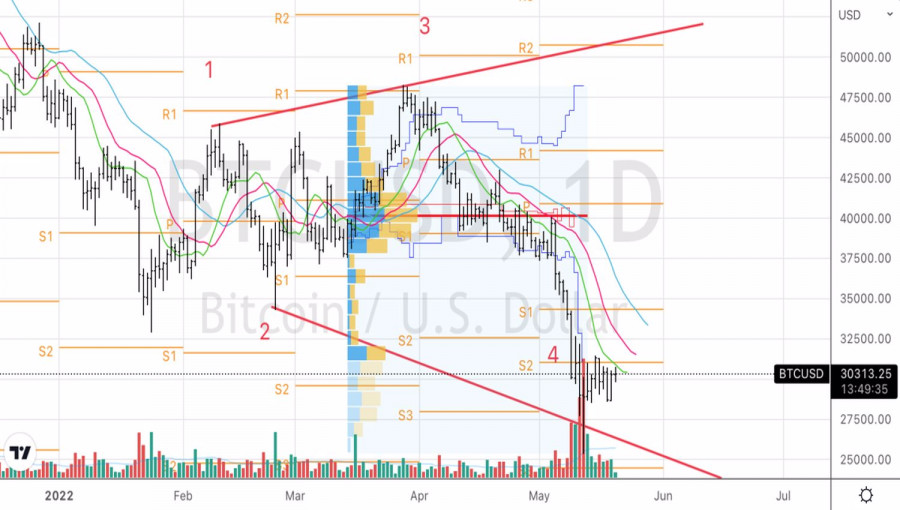