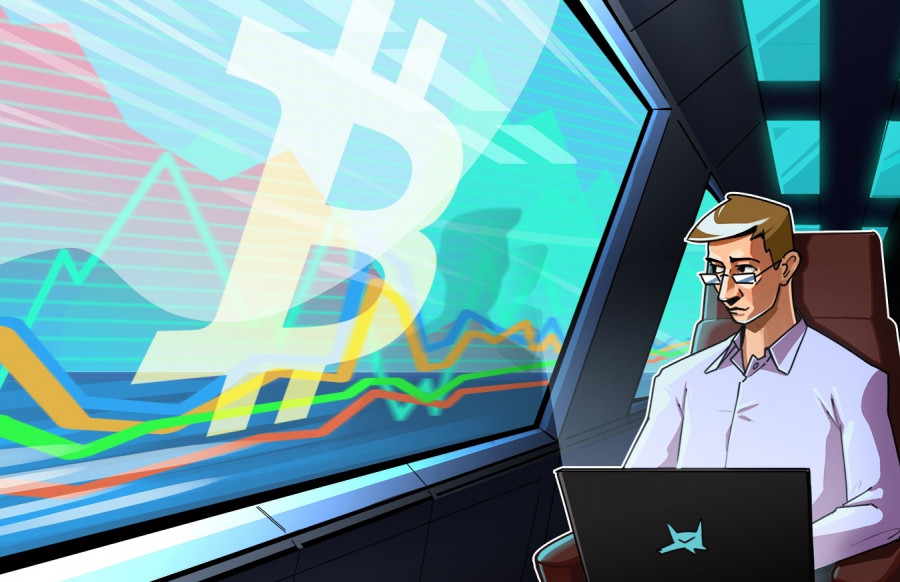 Investors are not worried about the corrective move in Bitcoin, which is about 19% from the peak. Based on the weekly report on the actions of institutional investors, there is a cash inflow between November 15-19 in the amount of $154 million. The lion's share of the total volume was absorbed by Bitcoin - $114 million. Ethereum received an inflow of funds in the amount of $14 million, while ETH absorbed approximately $80 million from the piggy bank of institutional investors in 4 weeks.

As for new blockchains, investors prefer Solana, which saw an inflow of investments amounting to $43 million over the past month.

Based on the data obtained above, one can see a positive attitude among professional market participants, given that it lasts more than 1 year.

Let me remind you that the head of MicroStrategy predicted a similar trend towards digital assets back in the fall of 2020, saying that other private firms would follow the example in the next six months.

The mobile software and blockchain company Phunware (PHUN), which is listed on the Nasdaq exchange, has increased its Bitcoin investment by 398 BTC (approximately $23.8 million at an average price of $59,917). News from November 22.

A similar trend for digital assets will remain on the market for a long time, so it is still very early to store Bitcoin.

What is happening on Bitcoin and Ethereum trading charts?

Between November 10 and November 23, the Bitcoin exchange rate dropped by more than $13,000, it may seem that we are dealing with a collapse, but this is not so. Analyze the trading chart from the end of July to the current day, you will see an upward trend, where the existing decline is considered a clock component of the trend.

Thus, the chance of further growth is high, market participants are focused on this, who view the correction as an opportunity to build up a portfolio with digital assets.

The corrective move will soon be completed, the maximum deviation of the rate at the current moment is possible up to the psychological level of $50,000. The recovery of the BTC value is likely to be inertial, as it happened earlier in history. The local maximum in the face of the value of $69,000, most likely, will not become an obstacle for buyers, therefore, it will be broken when prices converge. The strongest level may well be the value of $70,000.

The medium-term perspective, as before, considers the strengthening of Bitcoin towards the level of $100,000.

As for Ethereum, the correction over the same period was about 18.5%. The area of the psychological level of $4,000 serves as a pivot point, relative to which there was a reduction in the volume of short positions.

In this situation, a stepwise upward move is considered; the strongest signal to buy ETH will come from the market when the price is holding above $4,500.

The price development prospect is still considering a $5000 = 1 ETH forecast.

The index of emotions (aka fear and greed) of the crypto market is at the level of 33 points, which is justified due to the corrective move. Based on the dynamics of the index, there is a convergence with the area of a possible change in trade interests. Thus, expectations of an increase in the value of digital assets may soon be confirmed in the market. 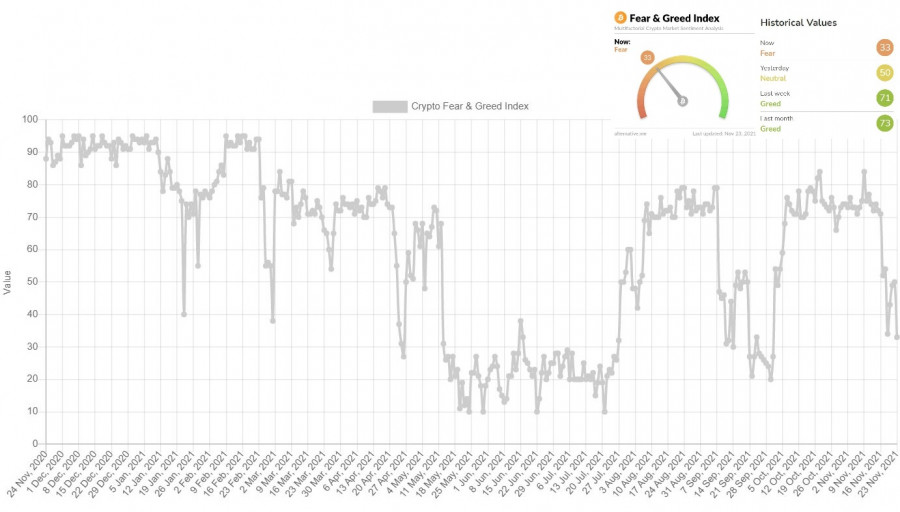