Since the US dollar is extremely oversold, the market urgently needs a correction. On Monday, there were prerequisites for this. However, the market returned to its previous quite high levels. This proves that the market needs at least a minor reason to start a correction. However, Germany's macroeconomic reports are unlikely to alter the market picture.

Meanwhile, preliminary estimates on business activity, which will be disclosed today, will have a considerable influence on the market. Judging by the forecast, the expected data may cause a partial correction. In the UK, forecasts are quite gloomy. Thus, the manufacturing PMI may decline to 45.6 points from 46.2 points. The services PMI is likely to drop to 47.6 points from 48.8 points. As a result, the composite PMI may slide to 47.5 points from 48.2 points, thus causing a decrease in the pound sterling. 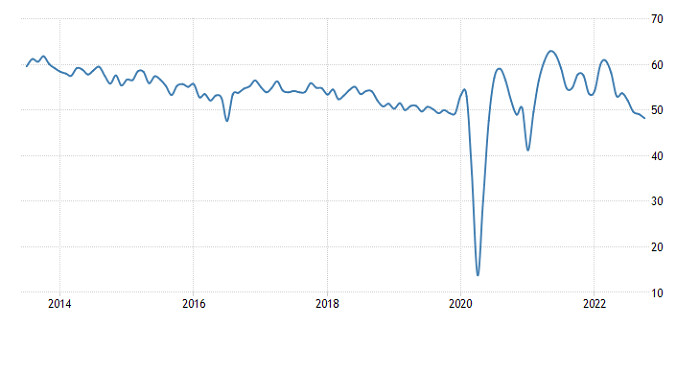 In the US, forecasts are more positive. Although the manufacturing PMI is expected to slide to 50.1 points from 50.4 points, the services PMI may increase to 49.3 points from 47.8 points. Thus, the composite PMI may rise to 49.5 points from 48.2 points. 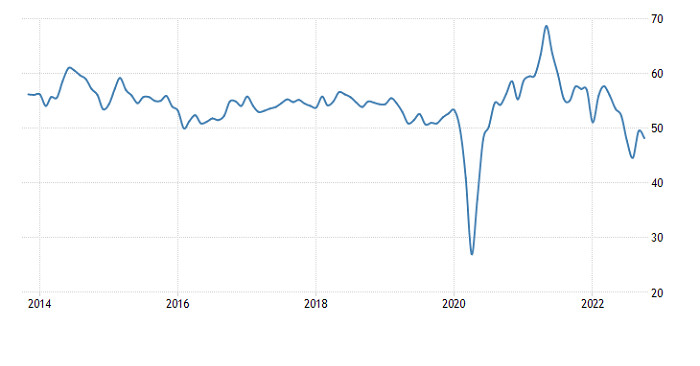 However, the greenback's appreciation is likely to be capped by the unemployment claims report. The overall number of claims may increase by 13,000. The number of initial claims may rise by 6,000, whereas the number of continuing claims is likely to add 7,000. The data will be published today since tomorrow, the US will celebrate Thanksgiving Day. 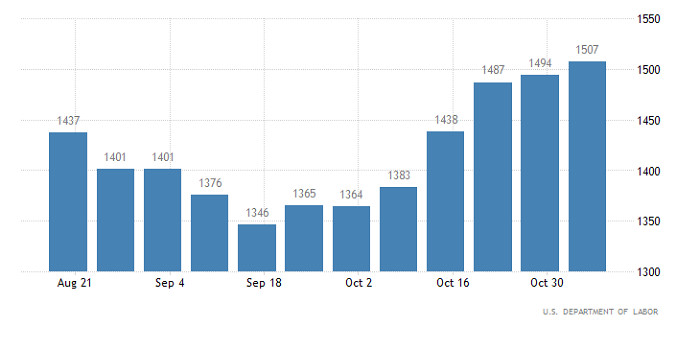 The pound/dollar pair has been hovering within the sideways channel of 1.1750/1.1950 for a week already. Although the range is wide, the pair remains stagnant. The range was formed when the pair was rising from the low of the downtrend.

On the four-hour chart, the RSI technical indicator is hovering along the mid line 50, which proves stagnation. On the daily chart, the indicator is in the upper area of 50/70, which points to an upward cycle.

On the four-hour chart, the Alligator's MAs are intersecting each other, which corresponds to the sideways movement. On the daily chart, the indicator is ignoring the flat movement. That is why MAs are headed upward. 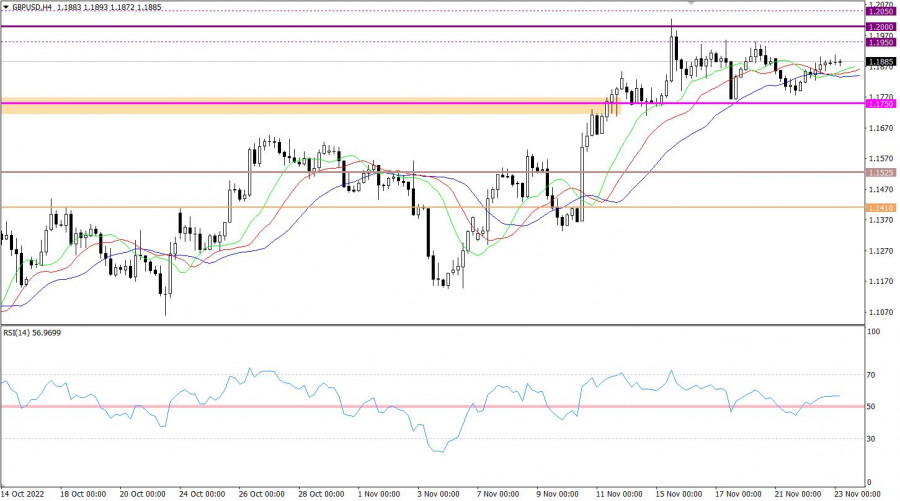 Under the current conditions, traders should remain focused on the limits of the range. It means that the price rebound from either limit is a temporary strategy. The breakout approach is still the main one as it may indicate a further movement of the quote.

In terms of the complex indicator analysis, we see that in the short-term and intraday periods, the indicators are providing mixed signals. In the mid-term period, indicators are pointing to an upward cycle.

Breaking forecast for EUR/USD on February 7, 2023
The eurozone retail sales data had a negative effect on the euro. The currency became even more oversold.
Breaking forecast for GBP/USD on February 6, 2023
A slump in the pound sterling was quite expectable and should not cause any questions. However, there is a necessity for a rebound since the US dollar is overbought.
Hot forecast for EUR/USD on 03/01/2023
Given the results of yesterday's European Central Bank meeting, the dollar has nothing to do but rise, but not today, since it could be under pressure later on..
Show more
تجزیہ مضامین بنیادی تجزیہ تجارتی منصوبہ کرپٹو کرنسیاں تکنیکی تجزیہ بریکنگ پیشن گوئی
All Analytics
بریکنگ پیشن گوئی تجارتی منصوبہ کرپٹو کرنسیاں امریکی ڈالر/آر یو بی روسی معیشت ویڈیو تجزیہ
تجارتی آلات
EURUSD GBPUSD USDCHF USDCAD USDJPY AUDUSD EURGBP EURJPY NZDUSD EURNZD Silver Gold #CL #USDX COVID-19 Bitcoin