At the end of the day, the pound sterling was hovering at the same levels, which were recorded at the beginning of the trading day. However, during the day, we saw some changes. The price climbed amid the eurozone PPI data, which unveiled a decline to 36.3% from 37.2%. Economists had expected a drop to 36.9%. It means that the eurozone inflation may start slackening as early as autumn. Although it is positive information, most economists predicted such an outcome long ago. In addition, the recent PPI report is only adding to the likelihood of this event. It is no wonder that the pound sterling returned to its previous levels. 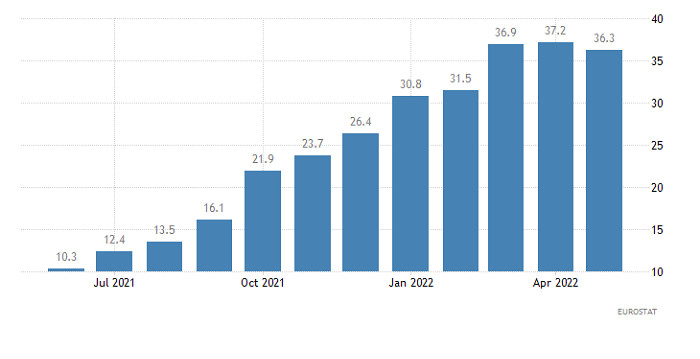 Independence Day in the US is another reason for stagnation. However, today, the situation will hardly change despite the publication of the final data on the services and composite PMI. The current stagnation could hardly be explained by the fact that the final data is expected to meet the previous estimate. The fact is that the final data on the manufacturing PMI was not in line with the preliminary estimate and the market just ignored it. It means that today, traders will also pay zero attention to the data. According to the preliminary estimates, the UK service and composite PMI remained unchanged. Thus, the services PMI was at 53.4 points, whereas the composite PMI remained at 53.1 points. 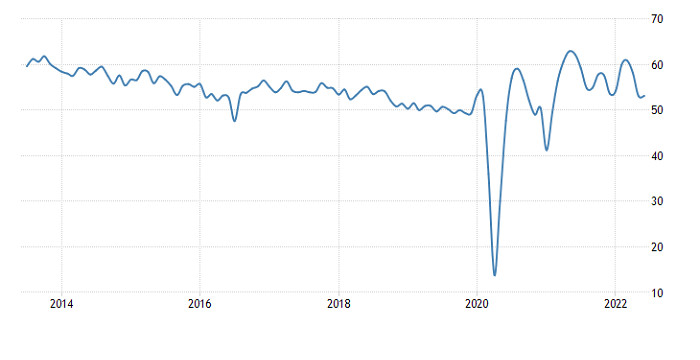 Rising from the support level of 1.2000, the pound/dollar pair returned to the previously touched level of 1.2155, where the volume of long positions dropped. Under the current conditions, the level of 1.2155 is acting as resistance, thus exerting pressure on buyers and slackening the rebound.

On the four-hour and daily charts, the RSI technical indicator is moving in the lower area of 30/50, pointing to the bearish sentiment among traders.

On the same periods, the Alligator's moving averages are headed downwards, which corresponds to the direction of the main trend. 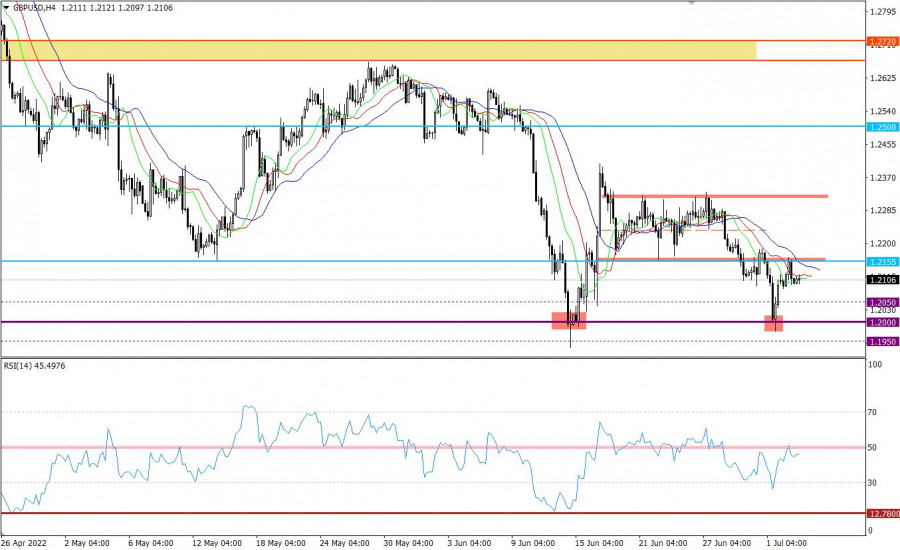 To continue rising, the pair should consolidate above 1.2190 on the four-hour chart. In this case, a rebound will be replaced by a correction towards 1.2235-1.2300.Otherwise, sellers will use the level of 1.2155 as resistance to revive the downtrend. This may cause a decline to 1.2000.

In terms of the complex indicator analysis, we see that technical indicators are signaling buy opportunities on the short-term and intraday periods amid a rebound. On the mid-term period, the indicators are reflecting a downtrend.