The Three White Soldiers is a bullish reversal pattern consisting of several long white candles. Every closing price in this pattern is higher than the close of the previous body. The pattern is clearer when every trading session starts in the middle of the preceding day (candlestick body). So, the pattern looks like stairs and predicts a bullish trend.

How to recognize Three White Soldiers?

The Three White Soldiers pattern can be witnessed during a downtrend. The model indicates a market reversal. Every next session opens lower than the previous one, but closes at a fresh peak. Such behavior points to a clear bullish trend; and it should not be ignored.

Opening prices of the second and third candles can be anywhere within the previous day. Still, the opening price is preferred above the middle of the preceding body. Remember that at the opening of a session there should be many bears so that the asset opens below the previous closing price.

The pattern is similar to the Advance Block and the Deliberation. 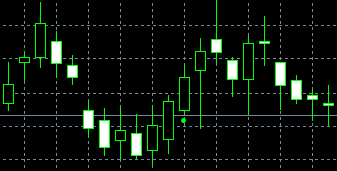