विदेशी मुद्रा विश्लेषण और समीक्षा: Analysis and trading signals for beginners. How to trade EUR/USD on June 25. Analysis of Thursday trades. Getting ready for Friday session. 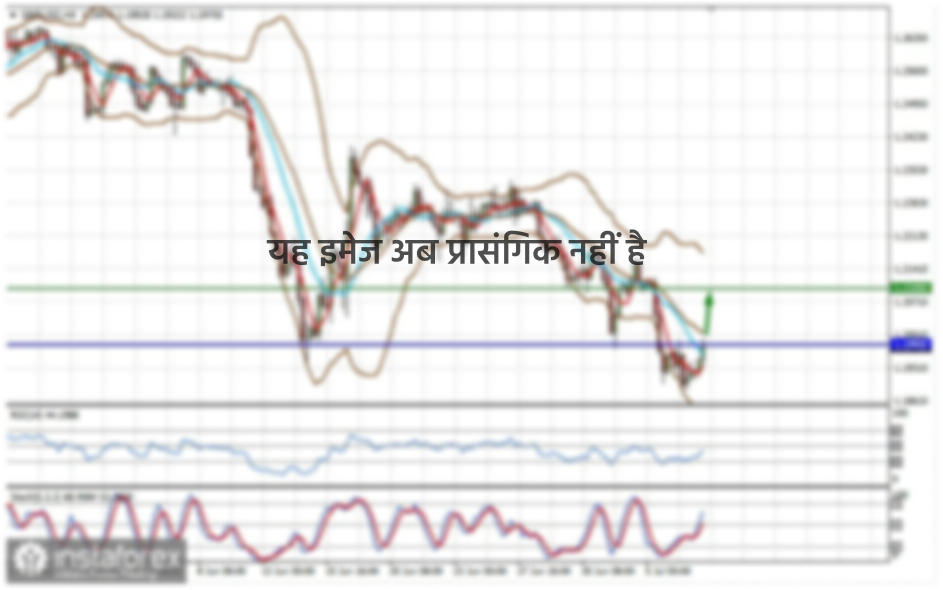 The trade on the EUR/USD pair was rather sluggish on Thursday although you can't tell this looking at the chart. However, it is all about the scale. In fact, the quotes of the pair moved by 37 pips during the day which is a very slow movement. Thus, it was very difficult for beginners to gain profit today although there were several opportunities. First of all, it should be noted that on the 30-minute time frame the ascending trend line did not stay long. In the night time, the quotes of the pair consolidated below this line and failed to break through the nearest support level of 1.1921. So, it is even better that this signal was formed at night so that traders did not follow it. At the moment, there is again no clear trend, and it is not recommended to trade using the MACD indicator. In the course of the day, three important macroeconomic reports were released in the US. However, none of them caused any market reaction.

On the 5-minute time frame, only two trading signals were formed during the day near the level of 1.1921. First, the pair bounced back from this level at the very beginning of the European session. Then it moved up by 27 pips in the middle of the New York session. Novice traders could have used the first signal since it was strong enough. Unfortunately, the price did not reach the nearest level of 1.1970. Notably, during the day, the level of 1.1956 was not yet on the chart, this level is considered Thursday's high. Besides, the pair failed to rise by 30 pips which would be enough to trigger Take Profit. Therefore, traders could have profited from this trade only if they had closed positions manually. Since the downward wasn't even caused by the macroeconomic data, it was impossible to predict it. The second buy signal should not have been used at all as it was formed in the late afternoon, and we do not recommend opening trades overnight. In any case, it was already clear by that time that the pair was trading flat. The report on US GDP and durable goods orders had no effect on the pair's trajectory. On the chart, the moments of report publications are marked with a tick.

On the 30-minute time frame, the previous uptrend has already been canceled. Therefore, there is again no clear trend at the moment. So, it is not recommended to use the MACD indicator to look for signals until a new trend is formed. On a 5-minute time frame, we recommend trading from the levels of 1.1912, 1.1921, 1.1956, and 1.1970. As always, set Take Profit at a distance of 30-40 pips and Stop Loss at a breakeven point as soon as the price passes 15-20 pips in the right direction. On 5M, the target can be the nearest level if it is not located too close or too far away. If it is, then you should act according to the situation. On Friday, no significant events are expected in the European Union, and only several minor reports will be published in the US. Given that today the markets have downplayed much more important statistical data, tomorrow's reports are likely to be ignored as well.

Red lines are channels or trendlines that display the current trend and show in which direction it is better to trade now.

Important announcements and economic reports that you can always find on the economic calendar can seriously influence the trajectory of a currency pair. Therefore, at the time of their release, we recommend trading as carefully as possible or exit the market in order to avoid sharp price fluctuations.