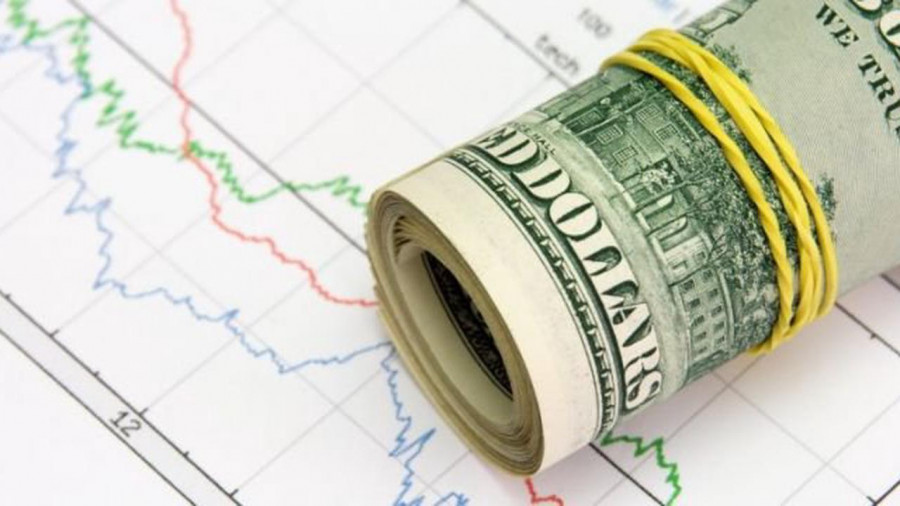 The dollar ends the second week in the red. Meanwhile, since the beginning of the year, the index has been steadily growing. Should we be concerned, or is this just a lingering correction? What marks should you pay attention to so as not to miss a trend change?

America was visited by a real inflationary storm, which inevitably eats into the net profit of companies. Grocery retailers (Walmart and other giants) began to report lower net profit margins. The figures are terrible, investors are shocked. The specter of a recession is getting closer in the face of the Federal Reserve's aggressive policy. US stocks fell last week, but this week the picture has improved remarkably.

At first, analysts allowed for a so-called "dead cat" bounce, but market dynamics began to hint at something more serious. Now there are cautious forecasts for a possible recovery. Investors either began to forget about the recession in the US, or turned their attention to the positive for a while.

If for the dollar the Fed's dovish minutes became a kind of overwhelming factor, then the securities markets took it positively, despite the fact that nothing new was noted there. The clue came about here: in September, the US central bank may pause in tightening monetary policy, that is, leave the rate unchanged. Investors are rejoicing, although the dollar is trying to look calm, but is gradually retreating. In addition, the statistics are not encouraging, on Thursday it increased the decline after the release of data from the labor market and GDP.

On Friday, salt in the wound was sprinkled with data on personal consumption spending. Market players carefully study this indicator, since it is taken into account by the Fed. The main indicator was expected to remain stable at 6.6% Y/Y, but it slowed down to 6.3%. On a monthly basis, the April report also showed a slowdown in growth to 0.2%, while markets were waiting for 0.3%. The base value fell to 4.9%, that is, it turned out to be within the forecast.

The slowdown in growth may be perceived by market players as a sign that the peak of inflation has passed. This is great news for the stock markets, but another blow for the dollar. Weak price growth is an argument in favor of a less aggressive policy tightening, which was cautiously indicated in the Fed's minutes.

What does this mean for EUR/USD?

The euro is a little stuck and cannot take another barrier. The path of least resistance is to the downside, but the charts signal otherwise. The short-term technical outlook suggests that the bullish bias remains in place.

Putting an end to the growth of the dollar index is also too early. The greenback made a sharp reversal after reaching new lows around 101.40. What does it mean? Are traders changing course or is it just an attempt to stay afloat?

In the field of view of traders there will be a mark of 101.40. Its penetration downwards contributes to another pullback to the area of 100.60. This level is expected to be a worthy competition and will hold the defense firmly.

If it breaks through, pessimism about the dollar will increase. However, it is expected that this mark will be the starting point for further recovery. In other words, as long as the dollar index is trading above 100.00, nothing threatens its upward trend.