On Friday's trading, the key European stocks are rising significantly following the major US stock indices.

At the time of writing the article, the STOXX Europe 600 index of Europe's leading companies increased by 1.11% to 406.86 points.

At the same time, shares of British-Russian company Polymetal topped the list of major gainers among the STOXX Europe 600 components. They added 7.5%. Shares of oil company Neste Oyj were top losers falling by 7.2%. 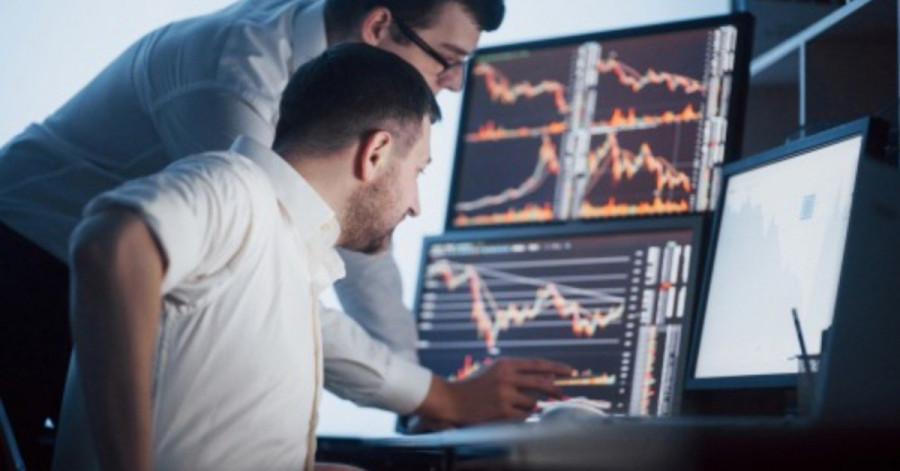 Spanish technology giant Indra Sistemas SA stocks fell by 16%. The day before, the corporation's management announced that its Chief Financial Officer (CFO) Javier Lazaro had left the company. Borja Garcia-Alarcon Altamirano will be appointed the new CFO of Indra.

The shares of German online retailer Zalando SE dropped by 12% amid the publication of weaker-than-expected second quarter reports. Moreover, Zalando's management downgraded its annual forecast and expects that the company's revenue in 2022 will grow by only 3% down from 12-19% forecasted earlier.

On Friday, key European stocks were increasing after a dramatic decline during the previous two trading sessions. Investors' concerns about the global economic recession amid the hawkish monetary policy of the world's major central banks were the main catalyst for the market fall on Wednesday and Thursday.

At the same time, the internal statistics on the EU member states became a significant upward factor for European stock indices on Friday. Thus, on Friday morning it was reported that the German Ifo Business Climate Index sank to 92.3 points in June from 93 points in May. However, analysts had forecasted an average drop to 92.9 points.

Last month, retail sales in the UK fell by 0.5% compared to April despite the fact that the consensus forecast of market experts had provided for a decrease of 0.7%.

On Thursday, European stocks dropped amid UK's 40-year record inflation and the decline in business activity in the EU member states.

Consequently, the STOXX Europe 600 index of Europe's leading companies fell by 0.82% to 402.40 points. At the same time, the index was constantly fluctuating between decline and rise during the trading session the day before.

Shares of Italian Banca Monte dei Paschi di Siena SpA fell by 3%. Earlier, the bank management announced that it planned to fire 4,000 employees and close dozens of offices within the reorganization of its business.

The market capitalization of French IT company Atos SE soared by 6.2%. The day before, local media wrote that the country's authorities would support a possible merger deal with industrial group Thales that produces information systems for aerospace, military and maritime applications.

According to the Office for National Statistics, at the end of May consumer prices in the UK hit an all-time high of 9.1% since 1982 from 9% in April.

According to preliminary estimates of S&P Global, in June the composite Purchasing Managers' Index of 19 EU countries sank to 54.8 points from 54.9 points in May, which was the lowest since February 2021. At the same time, market experts predicted the index decline to 54 points.

According to the French National Institute of Statistics and Economic Studies Insee, in June the business confidence index soared to 108 points against 106 points in May. Economists expected the index to fall to 105 points on average.

Germany's composite PMI dipped to 51.3 points in June from 53.7 points in May. At the same time, the analysts expected its decline to 53.1 points. The German Services PMI fell to its all-time low since the start of 2022, i.e. 52.4 points against 55 points in May.

On Thursday morning, the Norwegian Central Bank increased its benchmark interest rate by 50 basis points to 1.25% from 0.75% year-on-year. This fact exerted additional pressure on European stock markets. This significant key rate growth was the highest since 2002. Moreover, experts predicted an increase of 25 basis points.

European investors are still deeply concerned about the tight monetary policy of the world's major central banks, which could cause a recession in the global economy.

Market experts also share traders' views. Recently, analysts at the KOF Swiss Economic Institute warned that the US and the EU countries could enter a recession in 2023.

The day before, Fed Chairman Jerome Powell said during his speech to the US House of Representatives Committee on Financial Services that the regulator would continue to raise the key rate until the inflation rate in the US was close to the 2% target. At the same time, the Fed's plans to curb inflation should not result in the US weak labor market. However, the country's unemployment could increase from the current all-time low.

Moreover, Powell noted that recession risks were not high with the US economy strong and consumers and businesses in "good shape."