One black sheep spoils the whole flock. When even the shepherd does not know what to do. Bulls on EURUSD failed to take advantage of the favorable background and instead of continuing the attack started a week earlier, the main currency pair closed the five-day period by July 1 in the red zone. The main culprits were German inflation and European Central Bank President Christine Lagarde's lack of hawkish rhetoric in Sintra, Portugal.

The euro started for health, and ended for peace. Fans of the single currency sincerely hoped that Lagarde would act in the style of Mario Draghi and not only promise that the central bank would do everything necessary to save the euro, but also hint at a 50 bp increase in the deposit rate in July. In fact, after Lagarde's speech, there was a feeling that she did not know what to do. Is it worth abandoning the plan announced earlier by the Frenchwoman to increase borrowing costs by 25 bp? At the next meeting of the Governing Council, followed by a rate hike above zero in September? Or step up hawkish rhetoric? The head of the ECB chose the first option and lost. More precisely, the bulls lost on EURUSD.

The inflation data in Germany for June completed the debacle. Consumer prices unexpectedly slowed down to 8.2%, which was perceived by investors almost as a victory for the ECB. Which, by the way, has not yet begun to tighten monetary policy.

Dynamics and structure of inflation in the eurozone 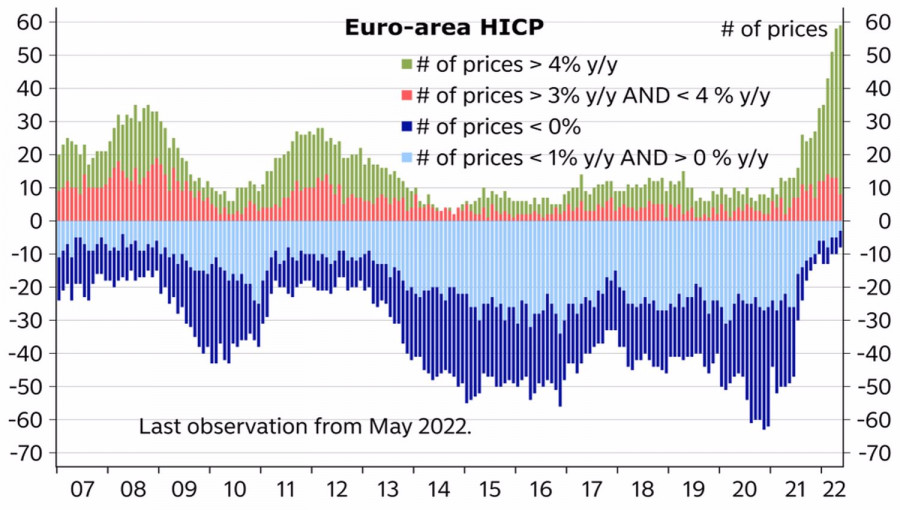 Across the Atlantic, the picture is different. The core US personal consumption spending index continues to slow down. It fell to 4.7% in May and is likely to fall below the Federal Reserve's forecast of 4.3% by the end of the year. The structure of inflation in the United States is fundamentally different from the European one, its main driver is domestic demand. Consequently, the Fed has much more room to curb high prices. And it is already showing. Another thing is how the labor market will react to the high inflation over the past four decades and the tightening of monetary policy. 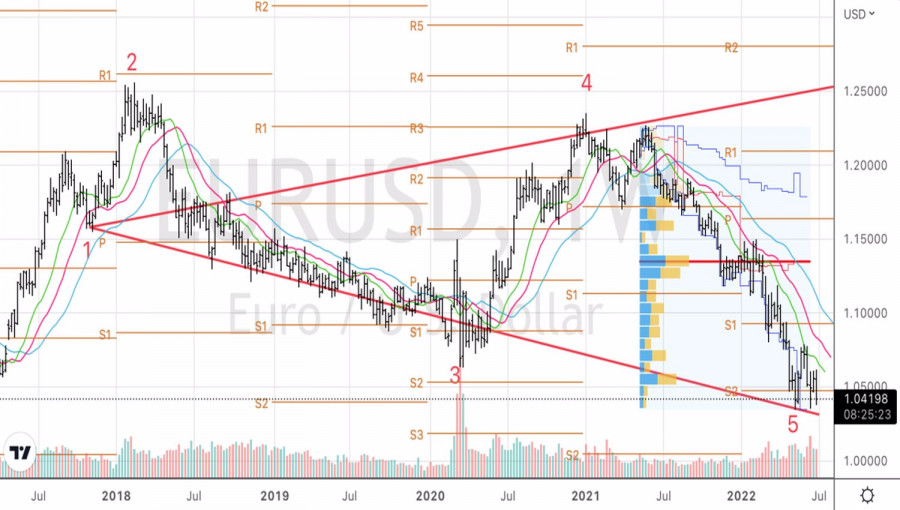 The release of US employment data is the key event of the week by July 8th. Bloomberg analysts predict an increase of 295,000, the worst in the last 12 months. However, this is clearly better than before the pandemic. Coupled with unemployment remaining at around 3.6%, this gives the Fed a free hand in aggressively raising the federal funds rate.

Technically, on the EURUSD weekly chart, the bulls' failure to win back the inner bar is a sign of their weakness. Consolidating below its lower limit at 1.046 suggests the bears' dominance and provides an opportunity for further short positions in the direction of 1.02.