05.07.202216:00 فاریکس تجزیہ اور جائزے: EUR/USD analysis on July 5. The wave pattern has become much more complicated, and now a new five-wave series can be built. 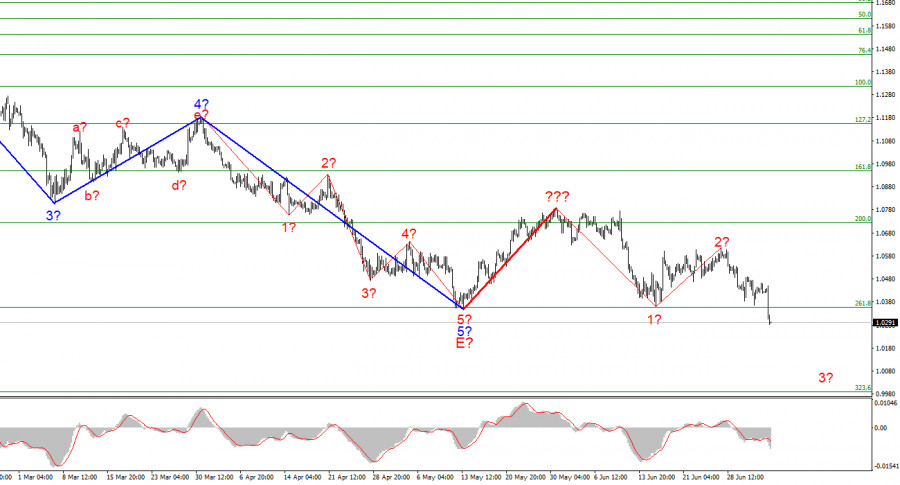