The acceleration of business activity in the US services sector from the ISM sent EURUSD to a knockdown, but during the European trading session, the euro began to recover. This happened due to the growth in German manufacturing orders by 0.8%, which was better than Bloomberg's forecast of +0.1% MoM, and the statement of the European Central Bank Chief Economist Philip Lane that the inflation slowdown in November does not mean that the peak is over. It could come in 2023. It looks like the leading economy of the currency bloc is not feeling as bad as expected, and the ECB is not thinking of pausing in the process of tightening monetary policy.

Dynamics of production orders in Germany 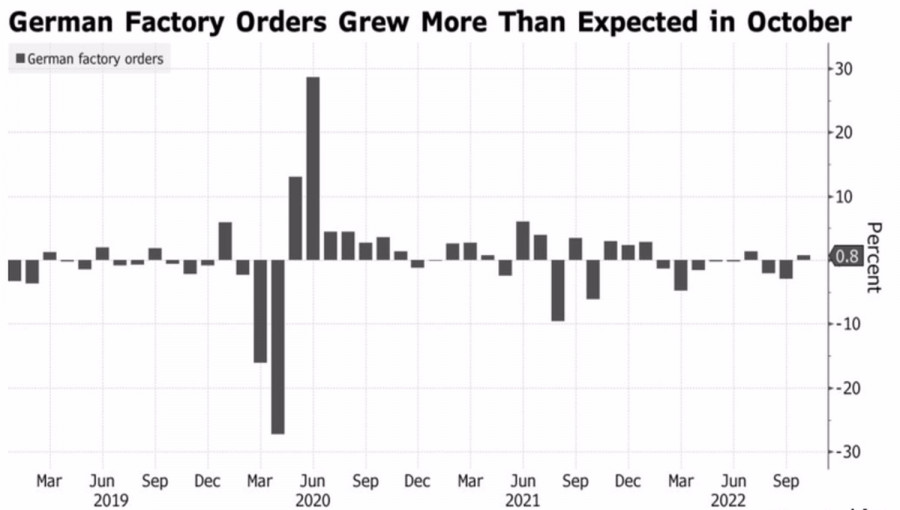 Thus, positive statistics on the US strengthened the dollar, and on the currency bloc—the euro. The principle of "strong economy means strong currency" continues to work, although all these data have a local impact on the EURUSD dynamics. The fate of the main currency pair will be determined next week, by December 16. The release of data on US inflation and the Fed meeting will become a litmus test of the readiness of sellers of the US currency to continue the beating of their opponents that began in November.

The impact of the energy crisis should not be underestimated either. According to ING, the rise in oil prices due to the EU embargo and the G7's bandwagon against Russian black gold, as well as cold weather in Europe, will lead to a tighter gas market, which will have a negative impact on EURUSD. The company predicts that the euro will fall below $1,045, with a further decline by the end of the year.

So far, this scenario has not materialized. Despite serious restrictions on the movement of Russian oil, there is no growth in Brent quotes, and increased reserves of blue fuel in Europe smooth out the negative from expectations of a cold snap and an increase in demand. Storage occupancy is currently around 91%.

Dynamics of gas reserves in Europe 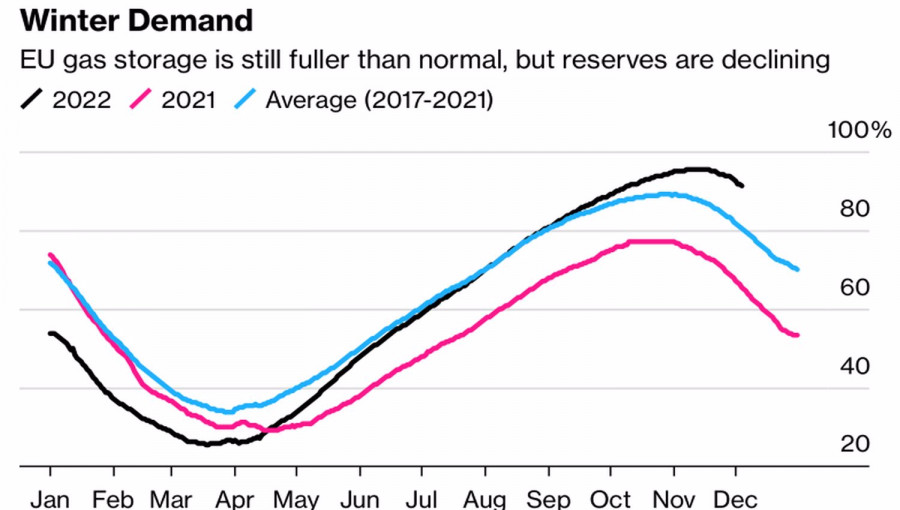 Lane's speech did not bring preferences to either "bulls" or "bears" in EURUSD. On the one hand, the chief economist doubted that the peak of inflation was passed, which indicates a continuation of the tightening cycle of monetary policy, at least in 2023. On the other hand, he said that when making decisions, the ECB should take into account the cumulative effect of previous increases in the cost of borrowing . The rate has already increased by 200 bps. Such rhetoric signals the intention of the European Central Bank to raise it not by 75 but by 50 bps. 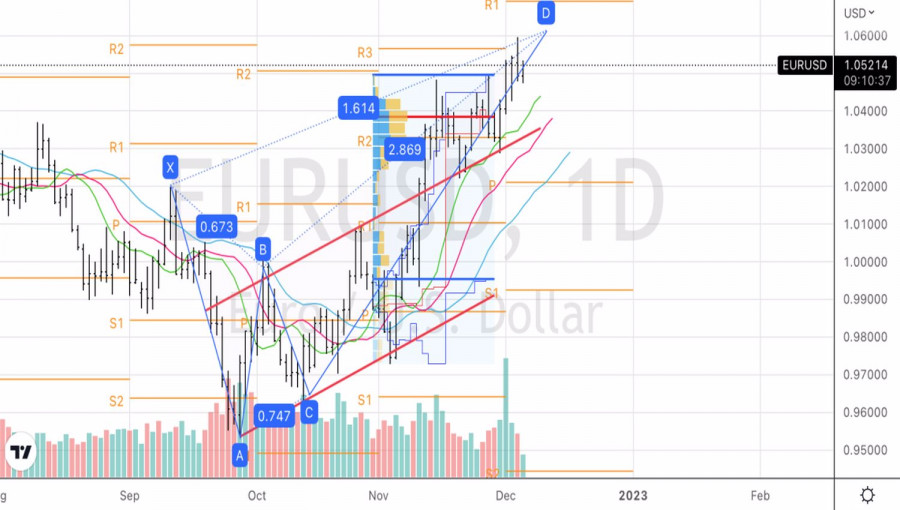 In my opinion, ahead of the release of inflation data in the US on December 13 and the announcement of the results of the FOMC meeting on December 14, EURUSD will storm, but up and down movements will be local in nature, eventually forming a consolidation.

Technically, the upper limit of the estimated EURUSD trading range is in the area of 1.0565–1.061, the lower one is in the area of 1.0385–1.0445. The growth of quotes of the main currency pair, followed by a rebound from resistance, should be used for sales. On the contrary, unsuccessful assaults on supports are for the formation of longs.