The Fed may not be doing very well on inflation, but asset market bubbles are successfully bursting thanks to monetary policy tightening. This applies to the more than 50% collapse of popular tech stocks during the pandemic, the first price drop in the red-hot U.S. real estate market in 10 years, and cryptocurrencies, which at its peak, had an estimated $3 trillion capitalization, and now only one-third remain. It was the federal funds rate hike cycle that threatened Bitcoin and its likes, and the FTX bankruptcy only added fuel to the fire. However, the stabilization of BTCUSD allows fans of the token to raise their heads.

A number of indirect signs give hope to BTCUSD bulls. In particular, during previous crises, the share of this asset in the cryptocurrency market increased. The capital outflow was facilitated by both the highest liquidity in the sector and the lowest volatility. Bitcoin was seen as a safe haven, but is not the case now: the token's share is below 40%, although in May–June, when a number of companies closed due to market turmoil, the figure exceeded 48%. If investors are not trying to hide in Bitcoin, perhaps there is no crisis? Or is it behind us?

Dynamics and structure of the cryptocurrency market 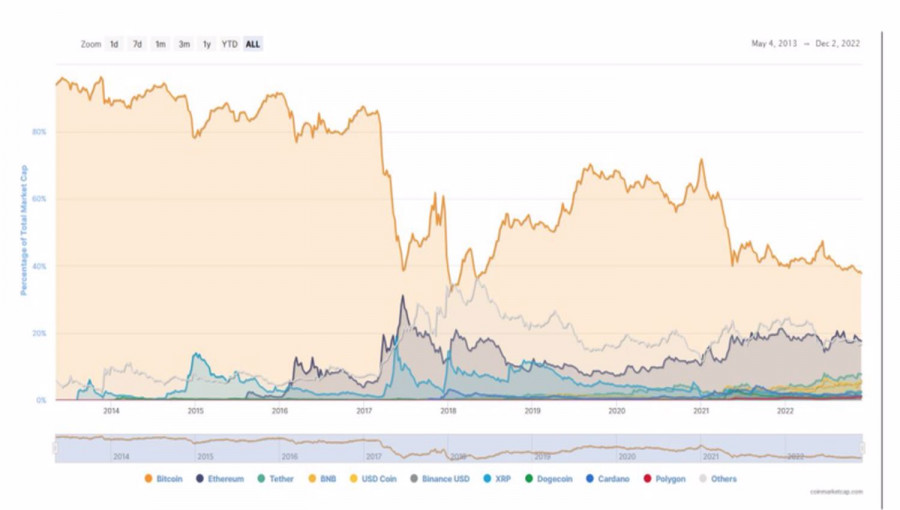 In previous bear markets, the capitulation of miners was perceived as a signal that BTCUSD would soon reach the bottom. In the past two weeks, by December 4, the difficulty of mining had dropped by 7.3%, the fastest rate since July 2021, when China banned the process. This may be a signal that miners are giving up. The halt in operations suggests that they have exhausted reserves and are struggling to raise money to keep their rigs running.

Alas, investors' reluctance to pour money into Bitcoin from other crypto assets may mean that they are simply withdrawing money from the sector. This is evidenced by the fastest outflow of capital from crypto exchanges, as the risks of further contagion after the FTX bankruptcy undermined confidence in the entire system. As a result, intermediaries are forced to reduce fees in order to retain customers.

Dynamics of BTCUSD and capital flows to crypto exchange accounts 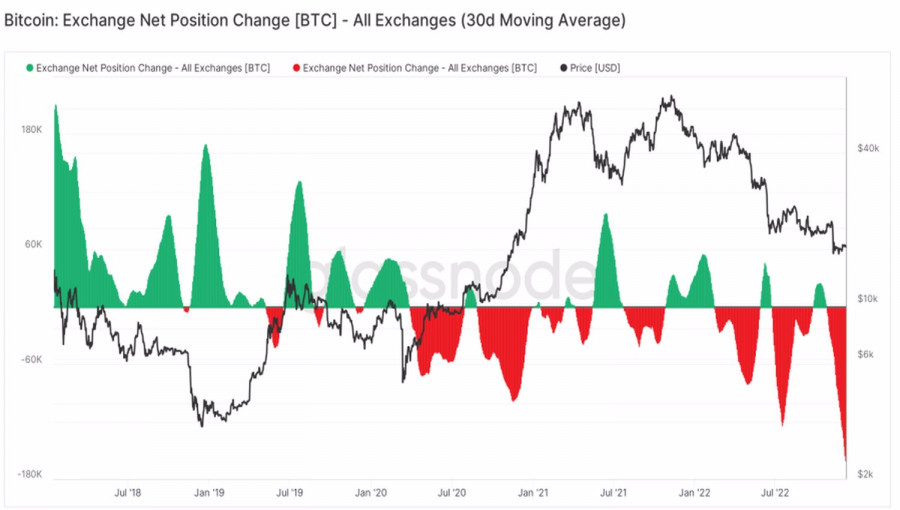 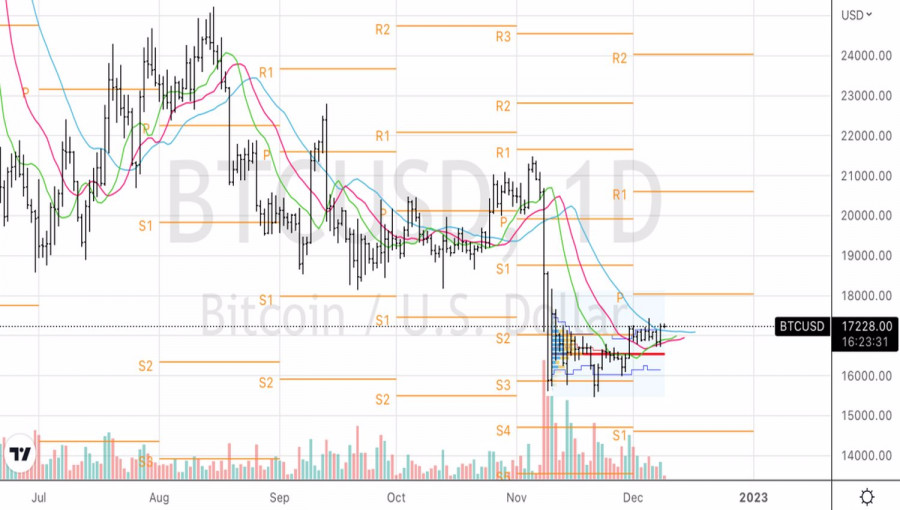 Standard Chartered believes that further capital flight and return to the gold market may cause the BTCUSD quotes to plummet another 70% to 5,000 in 2023. The backwardation in the crypto market also favors this scenario, when their spot value exceeds the futures value. According to Dexterity Capital, this shows strong bearish sentiment. And no good news is expected in the near future.

Technically, only a breakout of the 17,400 resistance level will allow us to talk about further growth of BTCUSD and short-term purchases. Nevertheless, a rebound from the 18,000 pivot point will increase the risks of a reversal. On the contrary, the return to the supports levels 16,740 and 16,530 with their subsequent successful assault is a reason to sell.