Forex Analysis & Reviews: EUR/USD. 1-0 in favor of the euro

The US dollar did not rest long on its laurels: after Friday's take-off on strong Nonfarm, today it began to swoop down just as rapidly throughout the entire market. Contrary to the hopes of dollar bulls, the Federal Reserve chief did not revise his position on the prospects for monetary policy and in fact confirmed the previously announced intention to lower the interest rate at the July meeting. The tone of his rhetoric was quite categorical and key messages were not ambiguous. Powell made it clear that the Fed is ready to ease monetary policy, and will proceed to this step in the very near future.

The key message of the Fed head is that the US economy is in a strong form, but assistance from the regulator is needed in order to maintain it - in the form of lower interest rates. Throughout his speech, he cited facts arguing this idea. In general, despite the fact that Powell has positively assessed the state of the US economy, he expressed serious concern about its prospects. 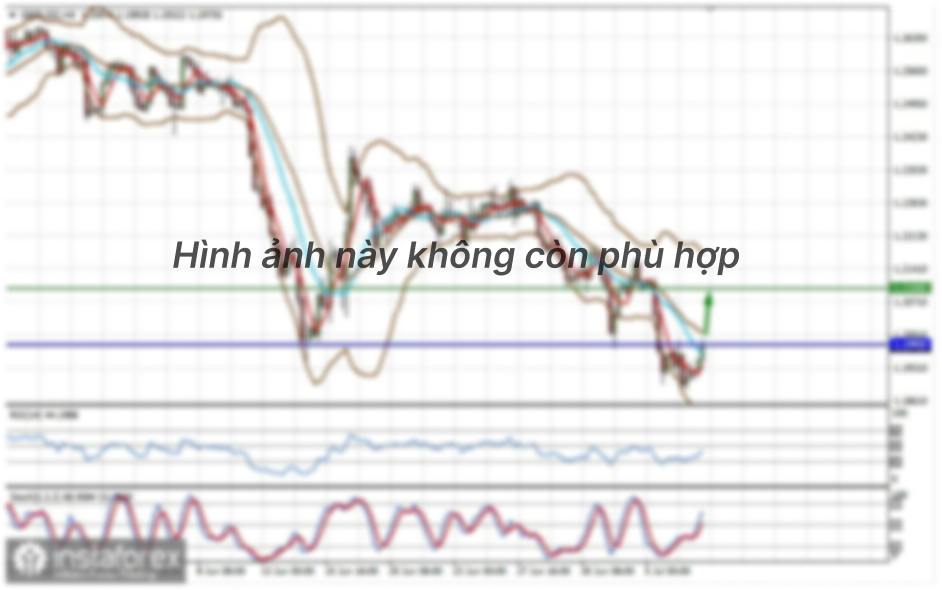 The head of the US Federal Reserve noted that after the June Fed meeting (at which, in fact, the dovish intentions of the regulator were announced), the overall uncertainty only increased. Powell actually offset the optimism of traders associated with the outcome of the US-China talks in Osaka. He said that a truce is certainly a positive signal, but in general the situation has not changed. Global trade conflicts, according to Powell, have slowed the economic momentum in many countries, and this fact has a negative effect on the US economy. A temporary truce, unfortunately, does not solve these problems. Denoting problems of a global nature, Powell also mentioned Brexit (which is likely to follow the "hard" scenario), as well as the issue of federal debt.

As for internal problems, the key "headache" of the Fed is inflation. According to Jerome Powell, inflation continues to be weak, and this weakness may be more stable and systemic. It is worth recalling that during the first half of the year, the Fed chief assured investors that the slowdown in key inflation indicators is a temporary phenomenon, and that the situation will change for the better in the second half of the year. Now Powell is by no means certain of that.

According to him, the latest indicators of wage growth are "very weak" for accelerating inflation (the June figures were in the red zone, not reaching the forecast values). Early inflation indicators suggest that inflationary pressure will remain muted this year. The latest published releases were really not in favor of the dollar. For example, the indicator of consumer confidence in Americans slumped to two-year lows, and the volume of orders for durable goods disappointed traders with negative dynamics. The indicator remained in the negative area (-1.3%), thus continuing the April trend. It is also worth noting the fall in business investment, the slowdown in global growth and the decline in investment in housing and manufacturing. I'm not even talking about the release of the consumer price index (general and pivotal), which also showed weak growth.

In other words, Powell's dovish position looks quite justified. It even "got" to the US labor market, which showed growth last Friday. Powell stated a fact, but noted that for many residents of the United States, this growth was "uneven". He voiced the structure of Nonfarms, according to which Asians and whites found work more often, unlike African Americans and Latin Americans. Powell also assured Congress that the labor market is not "overheated", and therefore there is no need to restrain with high rates.

Thus, Jerome Powell made it clear that the Fed will cut interest rates by 25 basis points at the end of this month. But the next steps of the regulator will depend on the incoming data, above all - inflation. The head of the Fed has mentioned that the real numbers may show a lower result relative to the preliminary forecasts of the regulator. In this case, he assured members of Congress that the Fed "will use all its means to keep economic growth and key indicators in the right path." In other words, inflation indicators will particularly strongly influence the dollar position - and in this context, tomorrow's release can cause increased volatility for the EUR/USD pair.

We are talking about the publication of data on the growth of US inflation. The overall consumer price index should show a negative trend, dropping to 1.6% in annual terms and down to zero - on a monthly basis. Core inflation, excluding prices for food and energy, can demonstrate minimal growth in monthly terms (from 0.1% to 0.2%) and remain at the same level (2.0%) in annual terms. If the real numbers are below fairly weak forecast values, the dollar may again fall under the wave of sales.

Tomorrow, Powell will continue his speech in the US Congress - this time in the Banking, Housing and Urban Affairs Committee. Today's round of "correspondence" has ended in favor of the euro. On Thursday, EUR/USD bulls can consolidate their results and enter the area of the 13th figure, hinting at the restoration of the upward trend.

We have already stated in our daily trading recommendations that the current movements are illogical and torn. This is on the hourly TF or lower. But things still need

US Federal Reserve Chairman Jerome Powell's attempt to throw a bone to both "bulls" and "bears" on the US dollar has misled few. Investors have long heard that the Fed's