Global inflation keeps soaring, and inflation data published in the United Kingdom and Canada on Wednesday confirms that.

The core CPI, excluding food and energy, jumped to 6.1% y/y in May, up from 5.7% in the previous month and exceeding the market consensus of 5.9%.

"Inflation is too high; it's hurting Canadians. It's keeping us up at night and we will not rest easy until we get it back down to target... That's why we're raising interest rates and as we say, we're raising them quite aggressively," Deputy Governor of the Bank of Canada Carolyn Rogers said.

The loonie skyrocketed on Wednesday post-Canada's inflation although USD/CAD closed in green territory. Soaring inflation in Canada makes investors doubt the effectiveness of measures taken by the Bank of Canada. The regulator has hiked the interest rate thrice this year. The Bank of Canada is now expected to raise the interest rate by 0.75% in July and by another 0.50% in September and October, thus bringing it to 3.25%. In a manner of speaking, the Bank of Canada is a kind of competitor to the Fed, which is also accelerating the pace of monetary tightening.

Yesterday, Fed Chair Powell said the US central bank would never take any size of rate hike off the table and would take the necessary steps to ensure a return to price stability.

According to the chairman, the Fed's goal is a soft landing and it is going to be very challenging to reach it but the regulator is fully committed to bringing prices under control.

Powell's testimony in Congress will continue today as well. The market will closely follow the even expecting additional signals from the Fed on its future plans.

Yesterday, the chairman actually admitted recession risks in the US due to a sharp increase in interest rates. "At the Fed, we understand the hardship high inflation is causing. We are strongly committed to bringing inflation back down, and we are moving expeditiously to do so," Powell said. 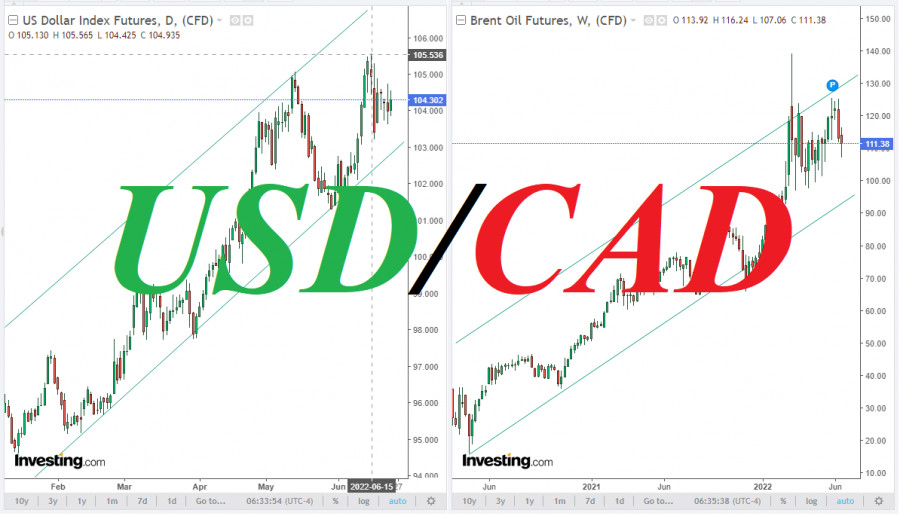 As for USD/CAD, the pair is again on the rise today. The greenback is scoring gains, while the loonie has lost support from oil prices that have sunk over the past 2 weeks. At the moment of writing, USD/CAD trades around 1.2960 in the bull market, above key support at 1.2840 and 1.2700. 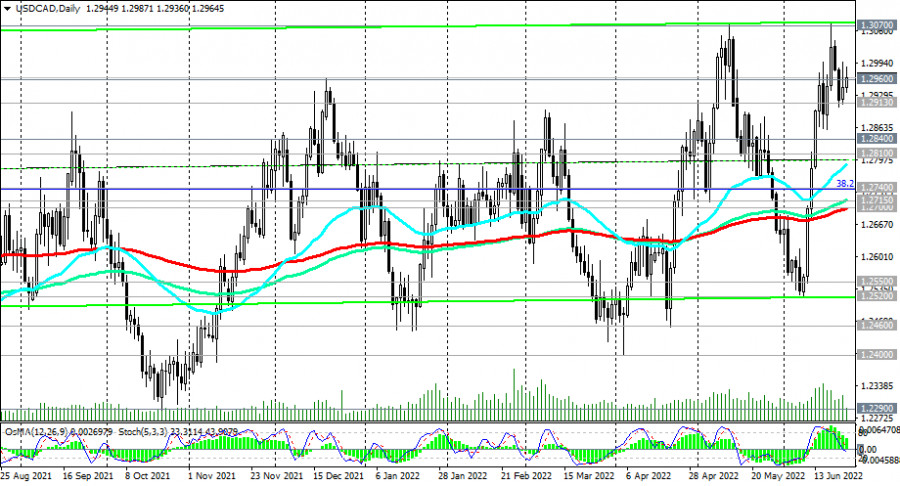 Fears are growing in the market that the global economy might be heading towards a recession and stagflation due to fast-paced monetary tightening by the world's largest central banks, which has so far been ineffective in taming accelerating inflation. These fears are driving the safe-haven dollar, which, in turn, puts pressure on stock and commodity markets. It is commonly known that the loonie is very sensitive to oil prices, since Canada is a major supplier of oil to the world market, primarily to the United States.

Today, USD/CAD traders will pay close attention to the weekly report of the US Department of Energy on commercial stocks of oil and petroleum products.

Oil inventories in the US are expected to decline by 0.569 million barrels compared to an increase of 1.956 million barrels a week earlier. If figures sink deeper, oil prices may rise, thus providing support for the Canadian dollar.

Volatility in USD/CAD may also grow after the release of macro data in Canada and weekly jobless claims in the US.

Fed Chair Powell's testimony will, of course, be of the primary interest to market participants during the North American session today.