Forex Analysis & Reviews: Bitcoin consolidated above the $16.1k key resistance level: what to expect in the new trading week 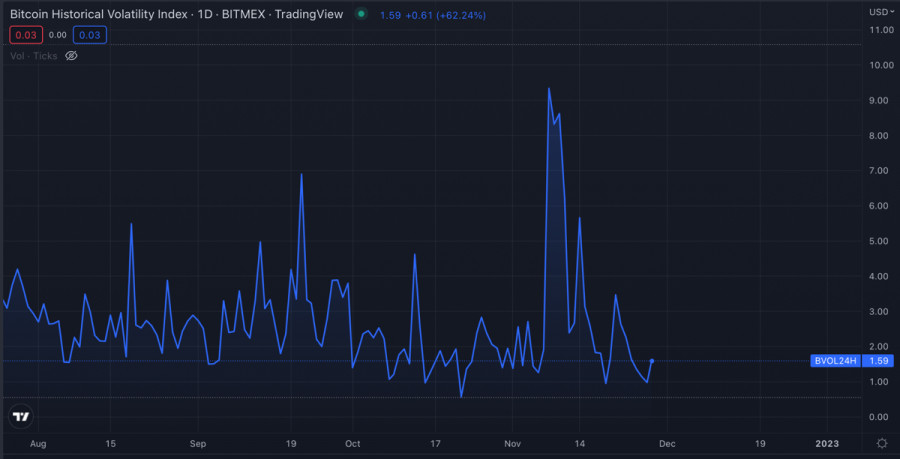 Despite the subsiding volatility, the market is still waiting for resolution of several key crises. The main one concerns the likely bankruptcy of Gemini, which could become another "black swan" of the crypto market.

The situation in the mining industry is also worsening, as the difficulty of mining has increased by 0.5% after another recalculation. As a result, we are seeing one of the biggest capitulations of mining firms in the last seven years. 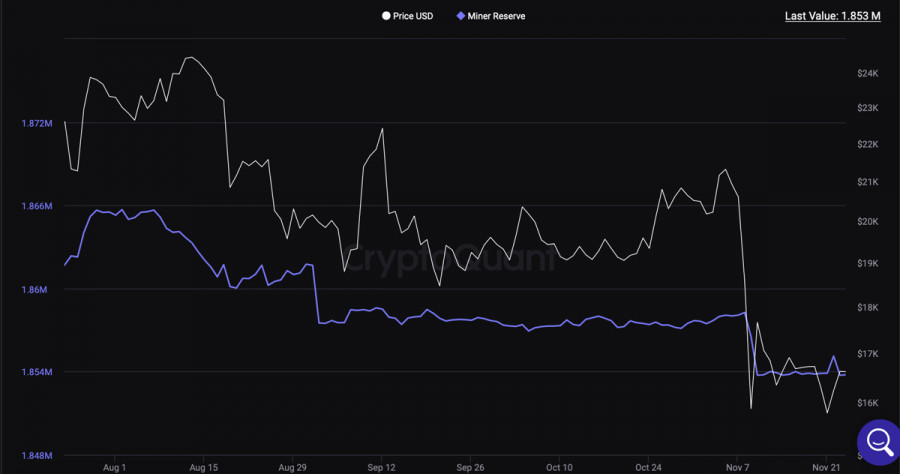 The positive news is that the process of capital redistribution continues. The number of addresses holding at least 1 BTC has reached an all-time high. Similar dynamics can be seen among "sharks" and "whales," which indicates the active work of long-term investors.

At the end of the previous week, Bitcoin confidently defended the $15.5k key support level. Subsequently, the cryptocurrency price resumed upward movement and reached a local peak at $16.6k. The main boundary of $16.1k, which restrained the bullish potential, was broken. 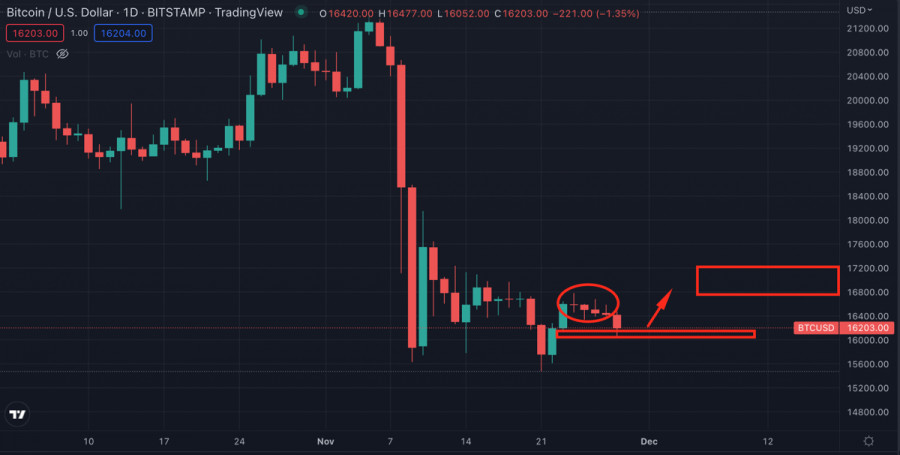 However, over the weekend, the cryptocurrency failed to build on the success of the trading week, and the price began to slowly slide towards the lower boundary of the fluctuation range. At the same time, we saw a serious resistance of buyers, which can be seen from the uncertain red candlesticks.

As a result, as of November 28, Bitcoin failed to make a downward breakout of the $16.2k level, which became a local support zone and a bridgehead for further upward movement. If the asset holds $16.2k at the end of the current trading day, the bullish idea with a move to the $16.8k–$17.1k range remains valid. 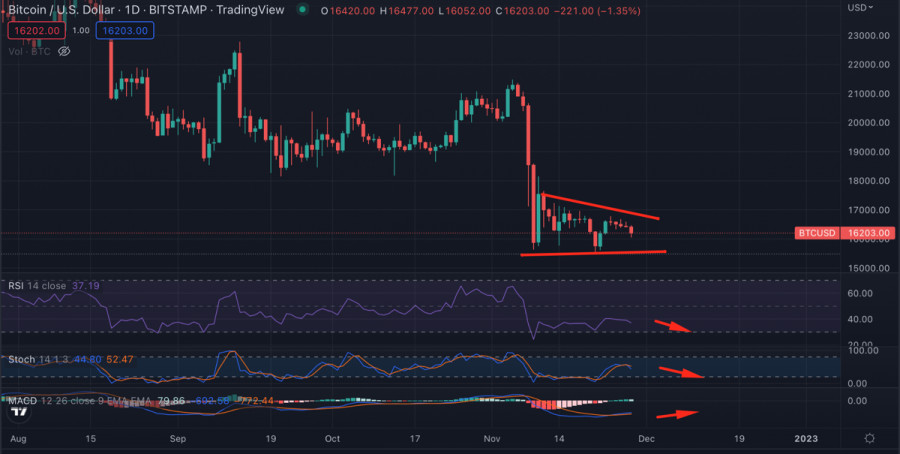 The technical metrics of the asset indicate a drop in trading activity. The RSI index and stochastic are declining to the lower boundary of the bullish zone, indicating a drop in buying interest following the weekend. However, the MACD completed its bullish crossover, which resulted in a bearish divergence on the charts.

This might indicate an emergence of a local upward trend. Over the weekend, the bears did not have enough forces to cut the price down, in spite of the fall of the trading activity, which is a direct evidence for the bulls to take the initiative.

Last week's strong defense of the $15.5k level was the catalyst for buying activity. As a result the bulls managed to reach the $16.6k level and hold the $16.2k support zone. This gives hope for the emergence of a local upward trend this week.

For this, Bitcoin needs to hold the $16.2k level and continue moving towards the $16.8k–$17.1k range. These are the main bullish targets for the price movement this week. However, it is important to understand that there are several "powder kegs" in the market, such as Gemini, and therefore the possibility of an unpredictable decline always remains.