Wednesday's results were extremely positive for financial markets, especially in the US. In particular, the GDP data for the 3rd quarter showed resilience to the possibility of a recession, coming out 2.9% higher that the previous figures. This supported the bullish sentiment, which has now spilled over into today's trading session.

On the downside, the ADP non-farm payrolls report showed a very negative trend and recorded the smallest increase since the start of the year. Only 127,000 jobs were added in November, much lower than the expected 200,000 and October's figure of 239,000. This negative employment data could be a signal to the Fed that the economy is slowing, so it is time to think about the irrelevance of a gradual decrease in the pace of rate hikes.

The statements of Fed Chairman Jerome Powell were also decisive, causing caused a strong rally in US stocks and government bonds. Accordingly, dollar weakened as Powell said that a slowdown in rate hikes could come as early as December.

If tomorrow's US employment data also confirms that unemployment is rising, the rally in equities will continue until the Fed meeting on December 13 and 14. And if the Fed does go for a 0.50% rate hike and not 0.75% as it did before, the increase will extend, which will signal the end of the bear market. 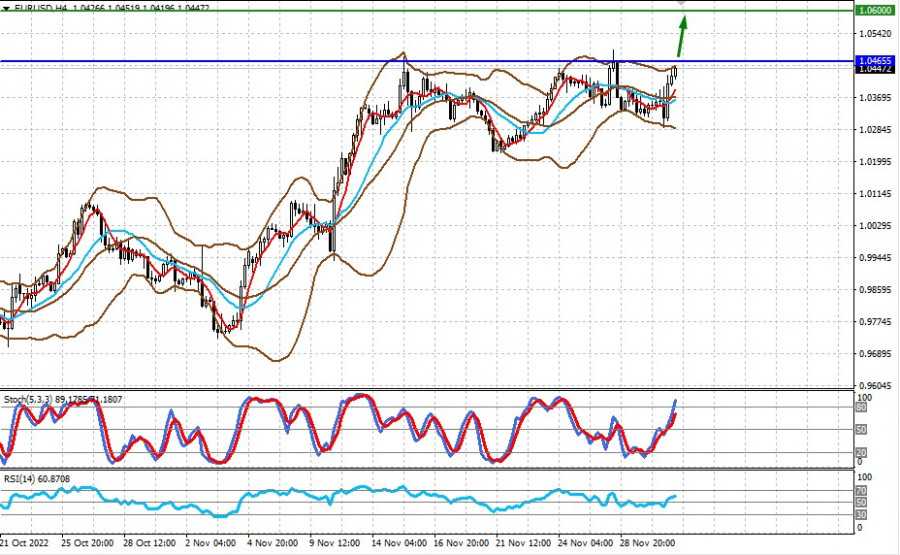 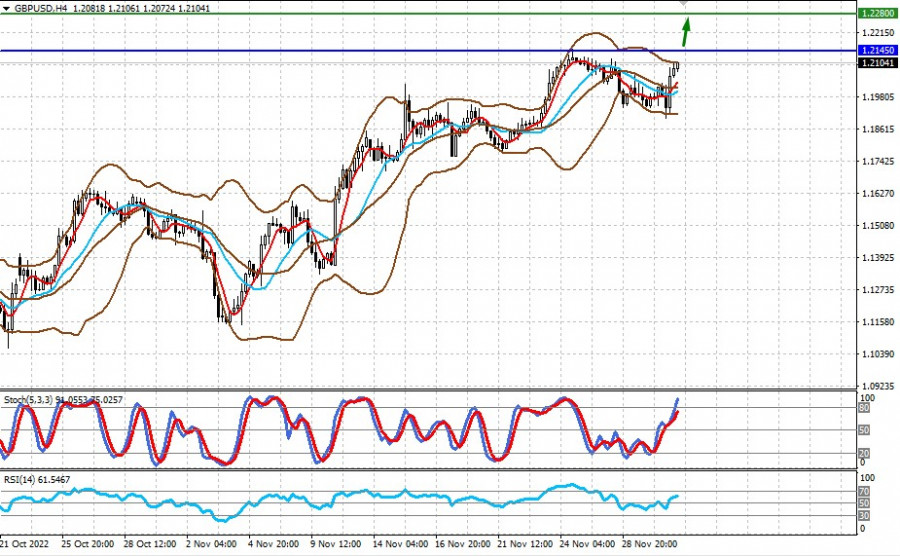 The pair is rising, thanks to growing expectations of a slowdown in the US interest rate hike. A rise above 1.2145 could bring the quote to 1.2280.