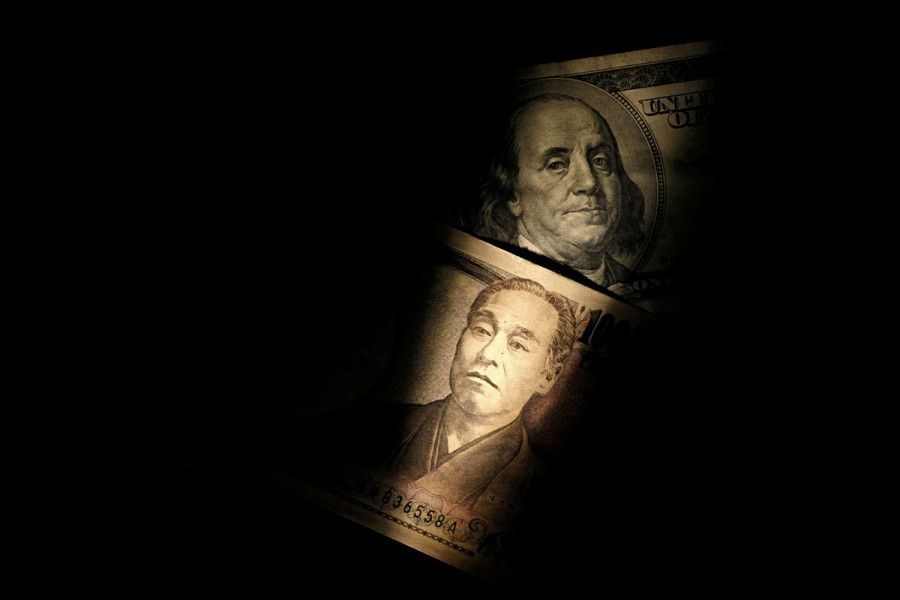 Federal Reserve Chairman Jerome Powell's dovish speech pulled down the dollar. Yesterday, the U.S. currency experienced a resounding sell-off on all fronts, but saw the biggest loss against the yen.

A crushing blow from Powell

At the middle of the week, Powell spoke about the economic outlook, inflation and US employment at the Brookings Institution.

It was Powell's first public speech since the November FOMC meeting, so traders were looking forward to his comments on the central bank's future course.

The market has been in a state of strong uncertainty. Softer inflation provoked speculations about a possible slowdown of tightening in the US, and recent hawkish comments made by Fed representatives have cast doubts on this.

Until yesterday, dollar bulls had illusions about further sharp rate hikes in the US. However, Powell just shattered their hopes: the central bank intends to slow down.

He said it makes sense to 'moderate' the pace at this stage to balance risks. He also hinted that the Fed might take less aggressive steps at its next meeting.

After Powell's dovish rhetoric, the likelihood of a 50 bps rate hike in December rose from 69.9% to more than 90%.

The sharp weakening of hawkish market expectations took a heavy toll on the dollar. It interrupted its 3-day climb and went into free-fall.

Yesterday, the DXY index posted its biggest daily loss of the week, falling more than 1% from its major peers.

The U.S. currency showed the worst dynamics on Wednesday against the yen. The USD/JPY plummeted 1.2%, testing the 3-month low at 136.50 in one moment. 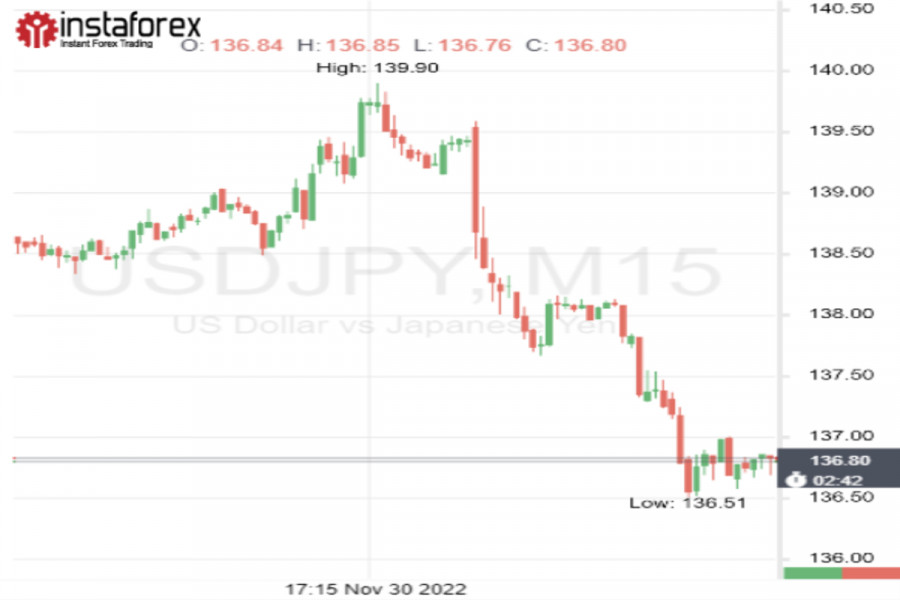 A steep peak in yields on 10-year U.S. Treasuries contributed to the yen's sharp growth. The index fell to a one-month low of 3.6% after Powell's comments.

"The dollar is losing more altitude as the market embraces a less hawkish than feared message from the Chair," said Rodrigo Catril, strategist at National Australia Bank Ltd. in Sydney. The "big decline in 10-year Treasury yields sees the yen at the top of the leaderboard."

Recall that this year the Japanese currency suffered the most from the aggressive Fed rate, and the Bank of Japan's dovish policy adds more pressure on it.

The BOJ is the only major central bank that has never raised interest rates this year.

The hope that appeared last month that the Fed might soon slow down the pace of tightening helped the yen recover from its multi-year lows.

The JPY showed the best uptrend against the dollar in November. It strengthened by more than 7%. This is the biggest monthly gain for the JPY in 14 years.

Now, when Powell actually gave the signal to start a slowdown in interest rates in the U.S., many analysts have revised their forecasts for the pair - downward.

According to experts, the asset has already exhausted its bullish potential and is unlikely to return to spectacular and confident growth in the near future.

In the short term, the major will move mainly downwards, still weighed down by Powell's dovish statement.

Also, US economic data may become a headwind for the dollar-yen pair. If the market sees another symptom of the approaching recession, it will finally convince traders that the US central bank will hit the brakes this month.

Analysts predict this is likely to happen. The ISM manufacturing activity index for November will be released today. Economists are predicting that the index will fall from 50.2 to 49.8.

Another headwind for the dollar will be the return of risk sentiment to the market due to the easing of anti-Covid measures in China. This should also favor USD/JPY bears.