The test of 1.2107 occurred at the time when the MACD line was just starting to move up from zero, which was a good reason to buy. It resulted in a price increase of over 40 pips. As for selling from 1.2150, it led to a 20-pip correction. 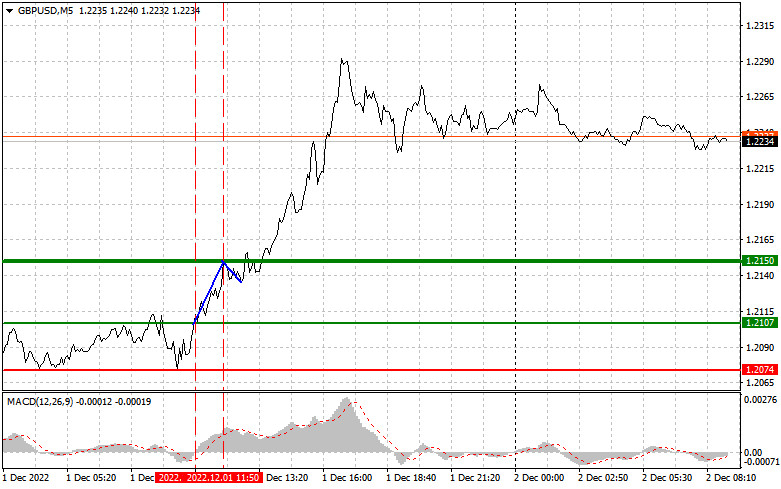 Pound remained afloat yesterday because even though manufacturing activity in the UK was weak, it was better than expected. Meanwhile, poor manufacturing data in the US caused a sharp fall in dollar, which resumed the bullish trend in GBP/USD during the US trading session.

There is nothing on the UK economy today, so expect pound to trade sideways. But by afternoon, US report on the unemployment rate and non-farm payrolls could make dollar dip, which could lead to a rise in the pair. Average hourly wage and the labor force participation rate will also have an impact on the market, as will the speech of FOMC member Charles Evans. If the labor market data comes out much better than expected, the dollar will rise, but it will not last very long.

Sell pound when the quote reaches 1.2213 (red line on the chart) and take profit at the price of 1.2174. Pressure will come back if the upcoming US statistics exceed expectations. But take note that when selling, the MACD line should be below zero or is starting to move down from it. 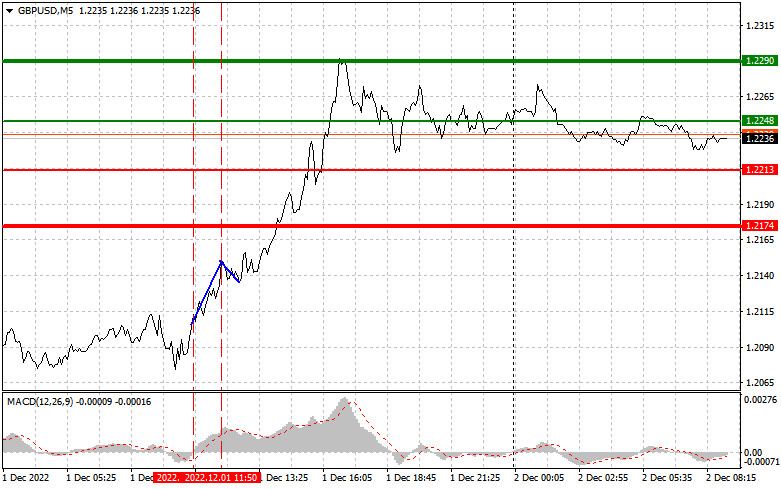 The EUR/USD pair continues to move sideways in the short term as the Dollar Index moves somehow sideways as well. It's trading at 1.0868 at the time of writing above

The currency pair continues to move somehow sideways in the short term. It's located at 129.91 at the time of writing and it seems undecided. Technically, the current range