Forex Analysis & Reviews: GBP/USD. The pound is up on the wing. Santa Claus rally will take it to the sky 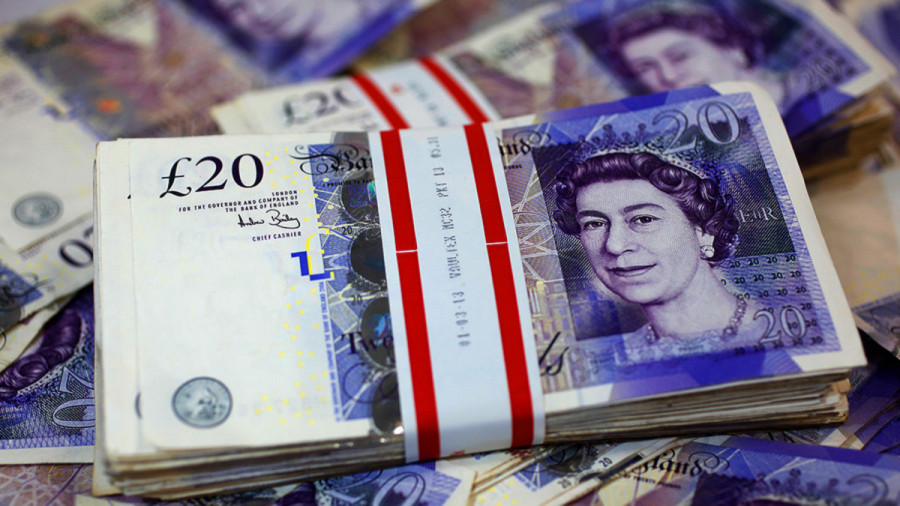 The stock market is lower and the pound falls against the dollar at the beginning of the week. These dynamics once again confirm that the British currency depends on the mood of global investors.

The upcoming events will show whether GBP/USD will fall even deeper.

Fundamental indicators have pushed the dollar to rise, with the US currency index settling above the 105.00 mark. 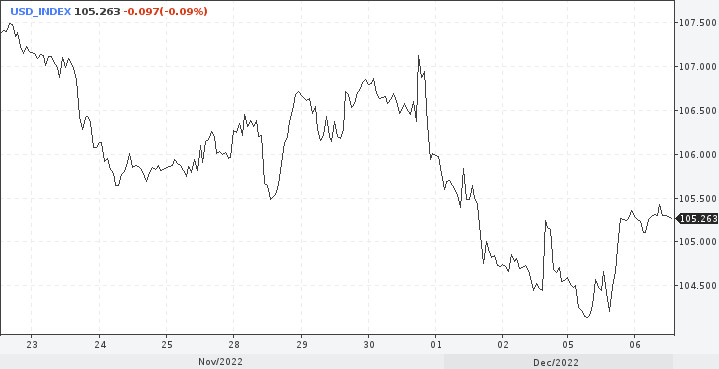 The ISM said its non-manufacturing PMI increased to 56.5 in November, well ahead of analysts' expectations of 53.3 and an acceleration from 54.4 in October.

The rebound in activity followed a better-than-expected employment report on Friday. Both indicators suggest that the Federal Reserve still has more work to do to cool the economy and lower inflation.

Strong services PMIs along with a similar NFP could push the Fed into a more hawkish policy, although market players are mostly banking on a 50 bps rate hike in December.

The stock market rally made it possible for the pound to hit new 6-month highs against the dollar. Investors were confident that the Fed would slow the pace of interest rate hikes. Risk appetite was also boosted by signs of continued easing of Covid restrictions in China.

Stocks are now retreating from the highs as investors feel uncertain about their recent monetary policy judgment. In addition, the gains in stock indices have been substantial and tactical investors are looking to lock in decent profits.

Morgan Stanley thinks it is worth considering taking profits after the S&P 500 reached its target of 4,000-4,150. 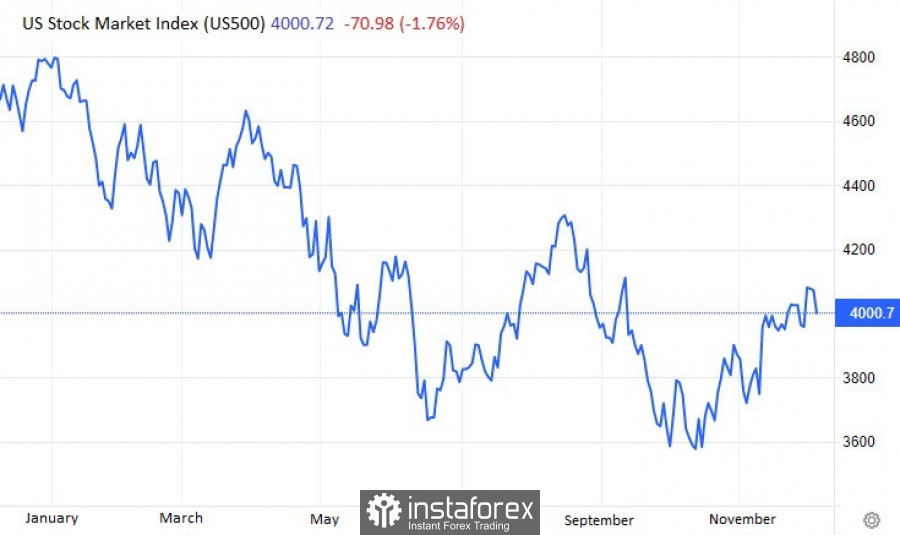 Over the past two months, the S&P 500 Index has gained about 16%. While this is a decent result, it is hard to trust such a recovery because little has really changed. Corporate earnings estimates remain high and data momentum continues to weaken. Higher interest rates are dampening economic activity, making next year's rosy earnings estimates vulnerable to downward revisions.

The pound likes to be strong

GBP/USD has gained about 18% recently, showing gains in eight out of ten sessions. The pound has recovered 50% from September's unprecedented lows. Despite retreating from multi-week highs, analysts continue to see potential for further gains in the short term. Bulls may try to test the 1.2400 mark.

The GBP/USD pair, from the analysts' point of view, deserves close attention after such an impressive price movement. The dollar and the Fed's monetary policy are still the main themes on the markets. At the same time, it is worth looking at the technical component of the case as well.

Over the past couple of months there has been a clear shift in the pound's fortunes. Yes, part of this movement is due to the fact that the finances of the British government are now in safer hands. However, it is also impossible not to notice the change in the British currency outside of the dollar and Britain's political games.

If the interest rate cycle in the US has really reached its peak, as investors think, then the pound will be able to keep its highs.

The dollar index has lost 9% since its September peak. Its further decline will allow the GBP/USD pair to choose the next target at 1.2600.

Many analysts, including Nomura, believe that the pound can reach this high. 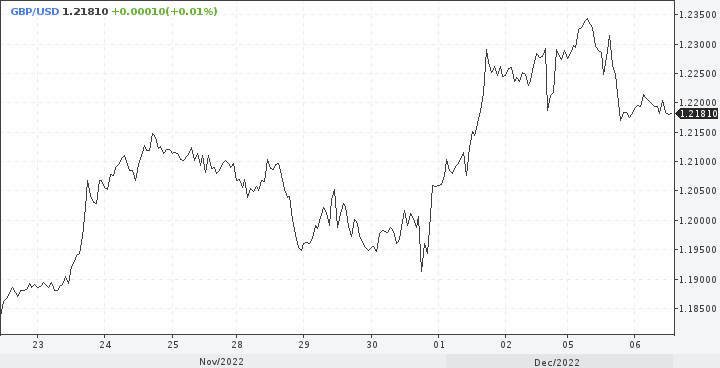 Nomura analysts believe that current market sentiment depends not so much on specific currency factors, but rather "is the beta to risk sentiment positive or not?".

Overall, Britain doesn't exactly shine from a macroeconomic perspective compared to its other European peers. The housing market is in decline, the Bank of England is softer, budget spending is lower, and investment flows are weak. Nevertheless, the pound has good prospects.

At the end of the year, investors are reassessing positions on major deals and winding down. Nomura thinks market players will also give up on shorting the pound.

The pound is having a hard time holding on while stock markets continue to rise. Therefore, whether there could be a "Santa Claus rally" in the coming days could be key to how far the pound rises.

It is possible that the GBP/USD will break through to 1.2500 by the middle of December. It is a little earlier than we thought. If the scenario comes true, the next mark will be 1.2670.