Forex Analysis & Reviews: EUR/USD: although the euro has ambitious plans, it is too early to write off the dollar 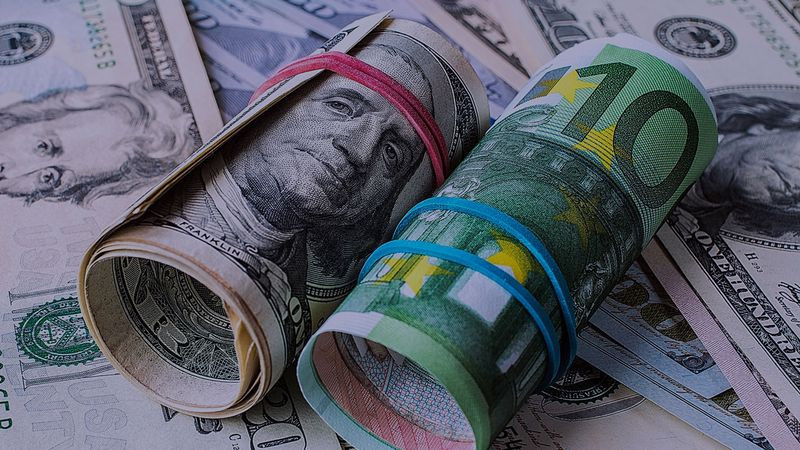 The greenback posted its strongest gain in two weeks on Monday.

It finished Monday's trading in negative territory, falling below 1.0500.

Notably, during the session, EUR/USD reached its highest levels since June 28 around 1.0590, while the USD index was falling to multi-week lows around 104.10.

This was driven by positive news from China, where several cities have eased restrictions related to COVID-19.

Bart Wakabayashi, branch manager at State Street in Tokyo, said the past week has been dominated by expectations of some relief from the zero-COVID policy, which pose broad implications for global trade and supply chain issues.

The dollar rebounded, forcing the EUR/USD pair to turn down, after data released at the start of trading in New York showed that U.S. service sector activity rose unexpectedly in November.

The ISM said its non-manufacturing PMI increased to 56.5 in November, beating analysts' expectations of 53.3 points and accelerating from 54.4 points in October.

The data helped the dollar outperform its rivals in the afternoon and triggered declines in key Wall Street indicators.

The U.S. stock market ended Monday's trading with its biggest drop in a month.

The gain in services activity followed a better-than-expected U.S. jobs report on Friday, and both of these data releases suggest that the Federal Reserve has further work to do if it wants to cool the economy and lower inflation.

"A reassuring trend was in place – policy tightening, leading to growth slowdown leading to slower inflation – which allowed this correction in risk assets and the dollar," said Samy Chaar chief economist at Lombard Odier.

"Then we had two important bits of data that went the other way, a good job report, non manufacturing ISM, which if not calling that trend into question, do show there will be bumps in the road."

Market participants are concerned that strong data will strengthen the opinion among the Fed's leaders about the possibility of further tightening monetary policy to combat high inflation, which increases the risks of recession.

Analysts at JPMorgan, Citi and BlackRock are among those who believe that a recession in the US is likely in 2023.

Although an economic downturn is not guaranteed, strategists point to a significant tightening of the Fed's monetary policy, a sharp slowdown in the housing market and an inverted yield curve of treasuries as reasons to expect growth to stop.

"Recession is priced in; the US central bank is on the way to tightening policy as it seeks to curb inflation. In our opinion, stock valuations do not yet reflect the impending damage," BlackRock economists said.

JPMorgan analysts predict a moderate recession and expect the S&P 500 to test its 2022 lows in the first quarter of next year.

Citi analysts said that fears of a recession and weaker profit growth will damage American stocks in 2023, and advised treating any rise in stock indices as a bear market rally.

Meanwhile, Societe Generale analysts note that the Fed is closer to the end of the rate hike cycle than most other central banks. If the taming of inflation leads to a sharp decline in the pace of the economy than expected, it will happen sooner rather than later, they believe.

"A backdrop of soft economic landings, monetary policy pivots and a correction in energy prices (which have been very dollar-supportive) suggests the Dollar Index will reverse most if not all the gains it saw between January and September 2022, taking it back below 100," Societe Generale said.

"EUR/USD's path of least resistance this week is higher in our view. Markets are pricing FOMC rate cuts by mid-2023. In comparison, markets expect the European Central Bank to continue increasing interest rates throughout 2023," says Joseph Capurso, head of international economics at Commonwealth Bank of Australia. 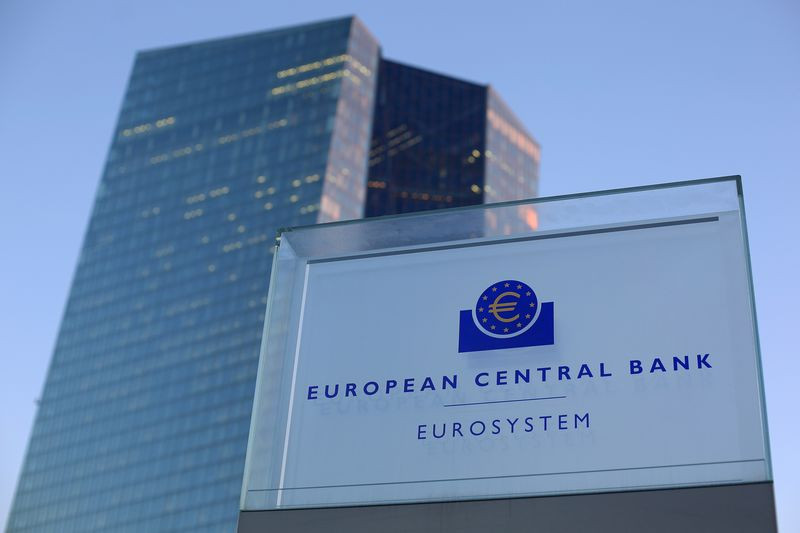 By raising interest rates by a record 200 basis points since July, the ECB has already taken a giant step towards curbing inflation.

However, energy prices in the eurozone are still sky-high, unemployment is at a record low, and wage growth is accelerating. Government stimulus measures are working against the tightening of ECB policy, and too much of the energy price growth has seeped into the economy as a whole through the effects of the second round, fueling underlying price growth.

"The core inflation rate is unlikely to peak until mid-2023 and will only fall slowly thereafter. Against this backdrop, the ECB's goal of pushing the inflation rate to just under 2% on a sustainable basis seems a long way off," Commerzbank economist Christopher Weil said.

Thus, the ECB is far from completing the rate hike, and its 1.5% deposit rate may still double before the regulator's work is done.

"It is premature to be talking about the end-point for policy rates, and I see scenarios where we go beyond 3%," the head of the central bank of Ireland, Gabriel Makhlouf, said on Monday, referring to market prices that indicate a peak rate in the eurozone. below 3%.

More interest rate hikes are to come out of the European Central Bank, a development which should sustain a stronger euro relative to the Dollar, Intesa Sanpaolo analysts believe

In a previous analysis released in September, Intesa Sanpaolo economist Asmara Jamaleh wrote that the eurozone might experience a significant weakening of growth in the closing stages of this year with a recession likely to fall between the fourth quarter of 2022 and the first quarter of 2023.

But, "in fact, data generally surprised on the upside, outlining in many cases (with particular reference to monthly surveys) an unexpected improvement compared to the very poor signals that had emerged in October," says Jamaleh.

November PMIs came in ahead of expectations, although they are nevertheless still consistent with a marked slowdown.

"The euro area should still be experiencing a technical recession between 4Q 2022 and 1Q 2023, but this should prove to be a more moderate recession than expected until only a few weeks ago," says Jamaleh.

"The key implication of this positive revision of the euro area growth scenario is that it frees up leeway for the ECB, allowing it to hike rates more if necessary based on the evolution of the inflation picture," says Jamaleh.

Intesa Sanpaolo, therefore, revises its forecasts for ECB rates which should be hiked by 50 basis points at the next meeting on 15 December, and by a similar amount both in February and March.

Regarding the exchange rate, Jamaleh predicted in September that the longer-term decline was reaching an inflexion point and it was therefore liable to end over the coming weeks.

"Indications that a trend may be waning can be drawn from exchange rate levels, and from the size of speculative positions... the elementary indication that may be drawn is that the downtrend should be close to ending," he said at the time. 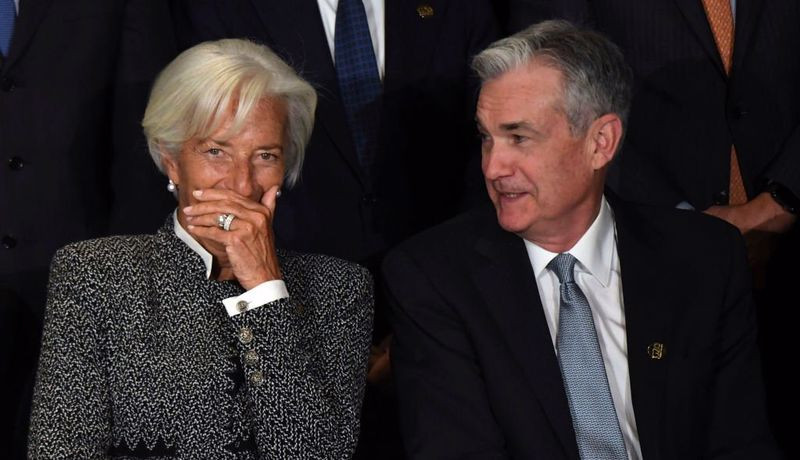 Expectations for the Fed to ease pressure on the rate hike accelerator, as well as more benign global investor sentiment, are contributors to the dollar's recent retreat and the rebound of the S&P 500 index from the October low in the area of 3,490.

But, looking ahead, Jamaleh says markets remain exposed to the risk of new waves of mounting risk aversion.

"Although the euro-dollar exchange rate has reached the start of a cyclical upside reversal, the scope of the reversal should prove limited in the near-term. And, on a 1m-3m horizon, a partial downside retracement is still possible," says Jamaleh.

According to the bank's analysts, key near-term events to watch are the release of U.S. inflation data on December 13 where an unexpected rise in prices will almost certainly see the dollar rip higher.

The Federal Reserve rate hike decision then falls on December 14, providing another crucial moment for the pair, they said.

"A 50 basis point hike is expected, but it will be the updated guidance and projections for future rate hikes that will have the greater impact: a message that rates would be required to rise substantially higher than previously anticipated would ignite dollar gains" Intesa Sanpaolo said.

The ECB meeting then falls on December 15 where a 50 basis point hike is anticipated.

"Should the latter confirm the prospect of a steeper path of ECB rate hikes, with inflation forecasts staying above 2% in 2024, and growth forecasts consistent with a moderate, rather than deep, recession, the euro should benefit," says Jamaleh.

On Tuesday, the single currency tried to recover above $1.05, but could not stay and eventually retreated.

These data provided only weak support for the euro, which could not find bulls in a risk-averse environment. 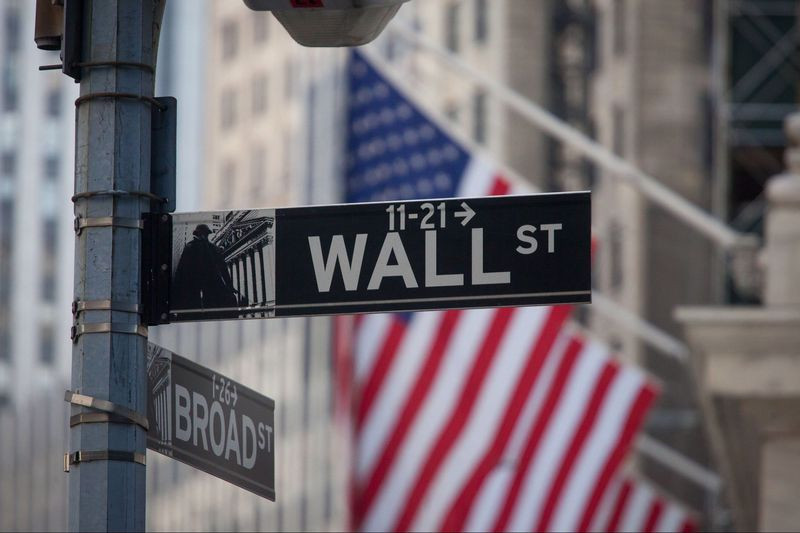 Wall Street's key indicators are under pressure again on Tuesday, and the defensive dollar is finding opportunities to strengthen its position.

Investors are worried about the likelihood of a longer cycle of interest rate hikes in the U.S., despite warnings of a possible recession next year.

"It's the recession fear that a lot of investors have ... the concern is that profits begin to drop more meaningfully in the recession," said Rick Meckler, partner at Cherry Lane Investments. "Investors are struggling between the current picture, continued rising rates even if it's at a slower clip, and looking forward to a point where the rate increases trail off and end."

Uncertainty over how aggressive the Fed will sound in a week is weighing on equities and bond markets and serving as a tailwind for the dollar.

"We imagine there will be some whispers about 75 bp from the Fed next week but we think it will depend in large part on the CPI data out the day before the decision. We believe that getting core PCE back down to the Fed's target of 2% will be much more difficult than markets are pricing in. We don't think two more 50 bp hikes will do it, not when the labor market remains so firm and consumption is holding up," they said.